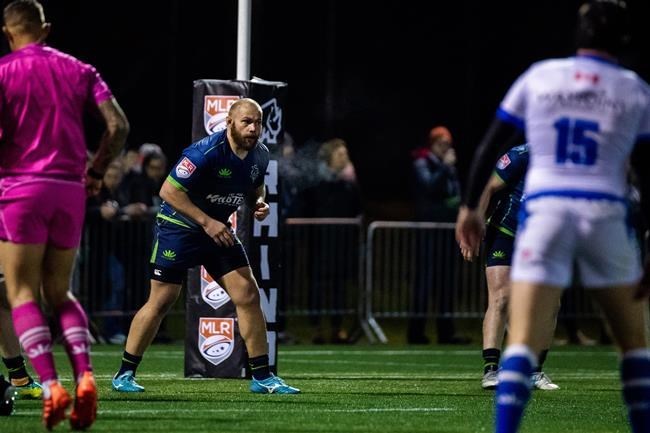 The Seattle Seawolves will be getting an early wake-up call for Saturday's match against the Toronto Arrows in Marietta, Ga.

Originally scheduled for a noon ET kickoff, the Major League Rugby game has been pushed forward to 10:30 a.m. due to another event later in the day at Lupo Family Field at Life University and the need to ensure the facilities are cleaned according to COVID-19 protocols.

In Pacific Northwest time, that means the Seawolves will be banging bodies at a time they might normally be brewing their breakfast coffee.

Toronto (1-3-0) and Seattle (1-2-0) have both had bumpy starts to the season, sitting in the bottom of their respective conferences.

Toronto, which is sharing facilities with Rugby ATL due to pandemic-related travel restrictions, lost 21-14 at Rugby ATL and 39-24 at the Utah Warriors. The Arrows then won 40-19 at Old Glory DC but were soundly beaten 43-16 by the expansion Los Angeles Giltinis last Saturday in a game played in New Orleans.

The two-time defending champion Seawolves, whose schedule starts with five straight road games, lost 30-24 to the Houston SaberCats and 57-26 to the Giltinis before bouncing back to defeat Utah 20-15.

Like Toronto, Seattle's pre-season was limited due to restrictions from local authorities.

"These early games, we're still figuring out combinations and getting used to playing with each other," Ilnicki said. "But we're finding our feet and I think we've got some momentum in the right direction."

The Arrows matchday 23 features 15 Canadians, including 21-year-old debutant Mason Flesch in the second row. Centre Spencer Jones starts on the bench, in line for his first appearance for the club since June 2019 due to a knee injury.

"I have quite a few good buddies on that team, so it will be an exciting match," Ilnicki said with a chuckle. "Always fun to bump into those guys."

"They'll be plenty of that this weekend," said Ilnicki.

There are 13 full internationals in the Arrows’ matchday squad — six from Canada, four from Argentina and three from Uruguay.

The 29-year-old Ilnicki joined the Arrows in May 2019 after a rugby journey that has taken him to Australia (New South Wales Country Eagles), the U.S. (San Diego Breakers in the now-defunct PRO League), New Zealand (Manawatu Turbos) and England (Northampton, Newcastle and Yorkshire Carnegie).

Former Canada and Seattle teammate Phil Mack helped him join the Seawolves after Ilnicki left England, where playing time was limited by restrictions on foreign players.

Ilnicki is savouring life in Seattle.

"The city's great. The fans are amazing. It's a short ferry ride to get over to Vancouver Island where I'm currently living. And it's easy for the family, in the past, to come down and catch all the home games. I was pretty grateful for that."

Travel restrictions and the Seattle team's bubble due to the pandemic have changed that. Ilnicki has not seen his fiancee since leaving Canada in January for training camp.

"I probably won't see her until the end of the season," he said,

The five-foot-11 258-pound Ilnicki is just happy to be playing rugby again. Last year was restricted to four games for Seattle in the pandemic-shortened season and a November high-performance camp with Canada.

He spent 2020 on Vancouver Island, working in landscaping and for a roofing company and working out at Rugby Canada's facilities.

"I worked pretty hard over the year to stay fit and stay healthy," he said.

He's looking forward to whatever lies ahead on the international scene.

"The past year with no rugby kind of gave me a chance to reflect and refocus," he said. "After the World Cup in Japan and then coming into MLR and then everything shutting down, I had a couple of months to myself and to think. It lit another fire inside of me, just realizing I didn't want to be done with rugby.

"Now that MLR's coming back up again and there's more talk of international rugby, I'm just as hungry as when I was I was 20 years old — or 19 when I got my first cap — to continue to play. I want to leave my jersey in a better place and help Canada get out of this hole of our poor (No. 23) ranking. Get it in a better spot for these younger guys that are coming up."

He made his debut in November 2013 against Georgia in Tbilisi in an ill-tempered game that saw an all-out brawl after Canada's Liam Underwood was clotheslined by a Georgian player. A player from each side was red-carded and Ilnicki came on to replace a bloodied Andrew Tiedemann in what turned out to be a 19-15 Canada loss.

This report by The Canadian Press was first published April 16, 2021