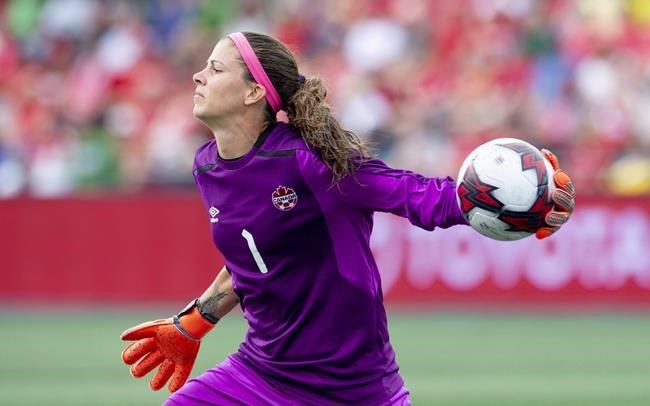 Brazil's Debinha, Jessica McDonald, Crystal Dunn and Sam Mewis scored for the Courage, who won the NWSL Shield for the third straight year with a league-best 15-5-4 regular-season record. The Courage beat Reign FC 4-1 in extra time in the semifinals.

Labbe previously played for Pitea IF, KIF Orebro and Linkopings FC in Sweden and the Washington Spirit in the NWSL.

She also made headlines last year when she looked to win a job with the Calgary Foothills FC men's team, only to be told by the Premier Development League that she couldn't play because she was a woman.

The Red Stars had a six-game winning streak heading into the final, including a 1-0 victory over the Portland Thorns in the semifinal.

Debinha's rebound shot got past Red Stars goal keeper Alyssa Naeher to open scoring in the fourth minute before McDonald's header off a feed from Lynn Williams in the 26th minute. After Dunn scored in first-half stoppage time, Sam Mewis added a goal off a long ball from Abby Dahlkemper in the 61st.

It was the third time the Courage and Red Stars had met in the playoffs. The Courage also won the first two and did not give up any goals.

The game capped an eventful week for the league.

Chicago's Sam Kerr was named the league's Most Valuable Player for this season after scoring a record 18 goals in just 21 games. The Australian forward was absent for part of the season because of the Women's World Cup.

It was Kerr's second league MVP award, she also won in 2017 while with Sky Blue.

"Eighteen goals doesn't just come from one player so thank you to my teammates. I love playing for Chicago," Kerr said. "I love the girls, I love the team, and they allow me to be the best player I can be."

The Reign's Vlako Andonovski was named the league's Coach of the Year after leading the Reign to the playoffs after a spate of injuries and the World Cup absences of several key players, including U.S. star Megan Rapinoe.

Andonovski is expected to be named the new coach of the U.S. national team at a news conference on Monday in New York. He replaces Jill Ellis, who led the United States to back-to-back World Cup titles.

The league this week also announced an expansion team in Louisville, Kentucky, to start play in 2021, as swirled about additional expansion in the nine-team NWSL for next season.

A sellout crowd of 10,227 attended the championship at Sahlen's Stadium.

With files from The Associated Press