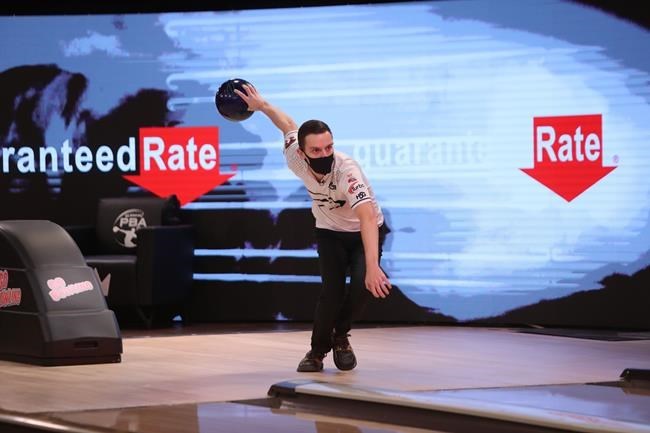 CENTREVILLE, Va. — Canadian Francois Lavoie bowled a perfect game in the round of 16 at the PBA Playoffs.

Lavoie bowled 12 straight strikes in his win over Sean Rash to record the 29th televised 300 game in PBA Tour History. He joins Rash as the only two bowlers to have two perfect games on TV.

The PBA Playoffs are the the PBA Tour’s season finale with the Tour's 24 top players competing for a $100,000 first prize and the last title of the year in the bracket-style, single-elimination tournament.

The tournament, which was held without fans at Bowlero Centreville, just outside of Washington, D.C., is being aired on TV over several weeks. Lavoie's highlight-reel showing aired Saturday night but actually happened last weekend.

This report by The Canadian Press was first published Oct 17, 2020

LaPolice, Nichols together again, this time with the CFL's Ottawa Redblacks
Aug 3, 2021 2:02 PM