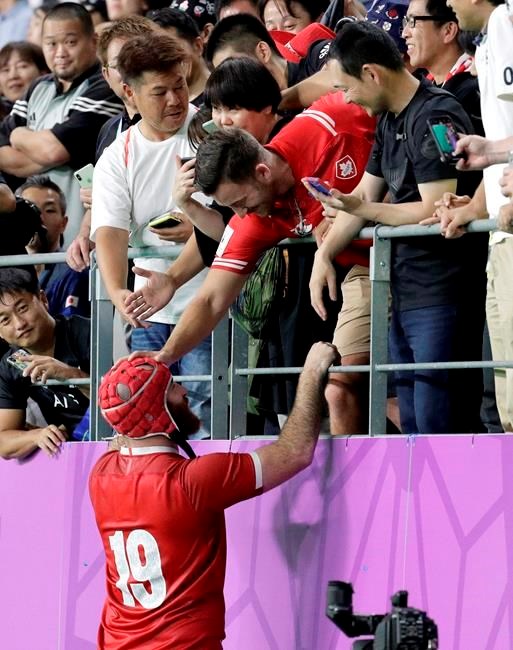 KOBE, Japan — Canada has lost a fourth player to injury at the Rugby World Cup.

Rugby Canada says Mike Sheppard, a replacement forward who came on in the 74th minute of Canada's 66-7 loss to South Africa on Tuesday, suffered a concussion in the game. He is undergoing World Rugby's concussion protocol and will not be available for Canada's last pool match Oct. 13 against Namibia in Kamaishi City.

Sheppard has been replaced in the Canadian squad by Dustin Dobravsky.

Canada is 0-3-0 after losses to Italy, New Zealand and South Africa.

This report by The Canadian Press was first published Oct. 9, 2019.