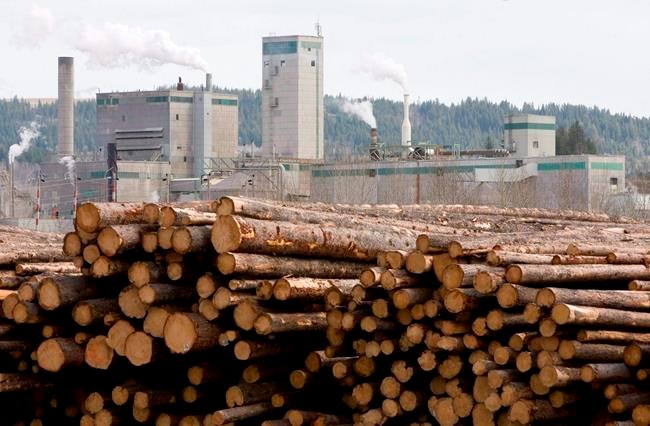 Norbord, the world's largest manufacturer of oriented strand board housing panels, will expand West Fraser's product mix, give it access to new markets in Europe and Eastern Canada and allow cost savings of about $80 million per year through synergies within two years, he said.

"Norbord's industry-leading OSB capacity of close to nine billion square feet, when combined with more than six billion board feet of West Fraser lumber and our mix of panels, engineered wood, pulp, and renewable energy, truly creates a strong platform of balanced high-quality capacity able to supply a wide variety of home building, construction and industrial needs," said Ferris on a conference call.

Norbord CEO Peter Wijnbergen, who is to become president of engineered wood with the combined company, said the deal will create a "one-stop shop" for construction customers and offer greater access to capital for corporate growth.

Shareholders are being offered 0.675 of a West Fraser share for each Norbord share, a deal the companies said values the target company at $49.35 per share based on West Fraser's closing price on Wednesday.

The offer equates to a 13.6 per cent premium over Toronto-based Norbord’s closing price on Wednesday and the stock was quick to slightly exceed that level on Thursday, jumping by as much as $6 to $49.46 before drifting down to $46.98 at noon ET.

Vancouver-based West Fraser's shares, meanwhile, traded lower, dropping by as much as five per cent or $3.72 to $69.39 per share in Toronto.

Lumber and OSB prices surged to record highs in North America over the summer thanks to ongoing robust demand for building products from both new housing and home renovation markets, although they've trended lower recently due to a seasonal slowdown in activity.

A shortage of wood fibre in British Columbia due to wildfires and an infestation of the mountain pine beetle has meant forestry companies have been unable to greatly increase production to take advantage.

The deal requires approval of holders of two-thirds of Norbord shares and a simple majority vote by holders of West Fraser's common and class B shares. Current Norbord investors would wind up with 44 per cent of the company.

Brookfield Asset Management Inc., Norbord's principal shareholder with a 43 per cent stake, has agreed to support the agreement.

Hank Ketcham, whose family founded West Fraser and owns about 11 per cent of the shares, is to continue to serve as chairman.

The deal is expected to be put to shareholder votes in January and close in the first quarter of 2021.

Its head office is to remain in Vancouver, with a regional office in Toronto.

The transaction is to be reviewed under Canada's Competition Act but Ferris doesn't think there's any significant risk from that process.

By Dan Healing in Calgary.

This report by The Canadian Press was first published Nov. 19, 2020.