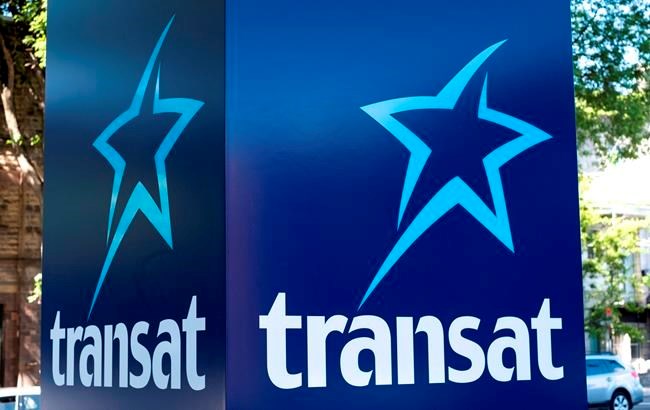 MONTREAL — The head of Transat AT is calling on government for financial support, which it says would enable the travel company to refund passengers whose flights were cancelled due to the COVID-19 pandemic.

"I say clearly to the various level of government, help us find a solution that is acceptable to all stakeholders, and we are all for it," CEO Jean-Marc Eustache said on a conference call with analysts Thursday.

Canadian airlines have mainly offered travel credit instead of reimbursements for the hundreds of thousands of trips that never took place amid border shutdowns and quarantines.

Eustache's remarks came as the tour operator reported a loss of $179.5 million for the quarter ended April 30, compared with less than $1 million in losses a year earlier.

Transat said Thursday it would resume operations on July 23 after grounding its fleet on April 1, with plans to gradually start flying on 23 international routes and some domestic ones.

However, Ottawa continues to require a 14-day quarantine for all arrivals — in line with many other countries — making travel outside the country a "non-starter" for Canadians, National Bank analyst Cameron Doerksen said.

Eustache pointed to the contrast between Canada's lack of sector-specific support and the billions in financial aid from other governments to justify the absence of refunds for Canadian customers.

"What is overlooked is that the government demand (for reimbursement) has been accompanied by assistance plans that are out of all proportion to what we have seen in Canada," he said.

Transportation authorities in the United States and European Union have required airlines, including foreign ones, to offer refunds for flights cancelled as a result of the pandemic.

Unlike its U.S. and many European counterparts, Ottawa has held off on handing out grants or loans particular to the airline sector, turning instead to a wage subsidy accessible to most employers and loans starting at $60 million for large companies.

WestJet Airlines Ltd. offers a partial exception to Canadian airlines' policies. The airline quietly changed its position this month to allow customers whose flights to the U.S. or U.K. were cancelled due to the pandemic to recoup their cash. The policy does not apply to other destinations, including flights within Canada.

The discussion over refunds remains heated. Three petitions — two were presented to the House of Commons over the past month — with more than 110,000 signatures call for full refunds before any financial aid is handed out to airlines.

Transat chief financial officer Denis Petrain said Thursday that "no significant" amount of fares have been refunded since mid-March.

Eustache publicly expressed concern for the first time Thursday about the impact of the coronavirus crisis on Air Canada's deal to buy Transat for $720 million. The transaction has shareholder approval but still requires a green light from regulators in Canada and the EU.

The financial flogging and capacity reductions at airlines on both sides of the Atlantic could "impact the ability to reach an agreement with regulatory authorities," he said.

One worry is whether a beefed-up Air Canada could offer appropriate "remedies" to rivals for gobbling up a larger slice of the market.

Airline sector remedies — key to securing a regulatory thumbs-up — often include giving up slots at airports as a kind of concession, but a devastated market and shrunken competition could mean many carriers would not have the capacity to seize the slots even if they wanted them.

Last month, European regulators launched an in-depth investigation into the deal amid European Commission concerns it may reduce competition and result in higher prices.

Nonetheless, Eustache expressed optimism that Transat's main customer base — vacationers to Europe and sun destinations and passengers visiting friends and family within Canada — were likely to be among the first groups to take up air travel again, "well before business travellers," who are outside Transat's realm, he said.

Transat has negotiated on fixed costs such as aircraft rent, deferring payments and reducing overall costs to between $10 million and $15 million per month, down from $60 million, the company said. Some of its older aircraft are being dismantled for components. "We’re selling parts now," said Eustache.

Significant uncertainty persists, despite Transat's plan to take to the skies next month.

In April passenger kilometres fell 98 per cent at airlines globally, while annual revenue is expected to fall by 55 per cent or US$314 billion, according to the International Air Transport Association.

At Transat, revenue in its second quarter fell to $571.3 million compared with $897.4 million in the same quarter last year.

This report by The Canadian Press was first published June 11, 2020.

Companies in this story: (TSX:TRZ, TSX:AC)