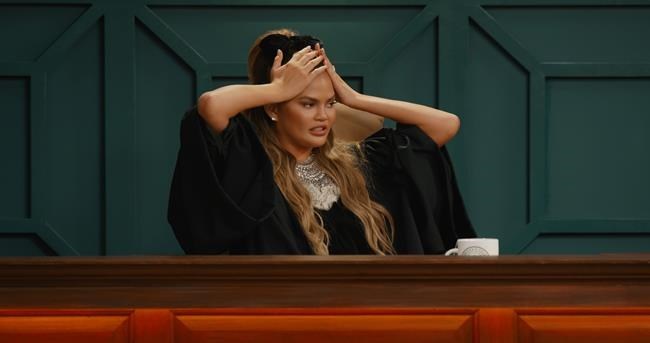 TORONTO — Creators of the freshly minted subscription streaming platform Quibi had a tough sell on their hands even before the COVID-19 pandemic spiralled us into uncertain financial times.

Placing bets on millennials buying into another streaming service, especially one built entirely on short-form content produced by Hollywood, seemed risky from the start for many industry observers. But as Monday's launch date nears, some wonder if Quibi's ambitious $2.48-billion (US$1.75-billion) bid to shake up the industry might land with a thud as potential subscribers focus on bigger hurdles in their lives.

"The timing could not be worse," suggested Carmi Levy, a technology expert based in London, Ont. who watches the streaming industry.

"In the middle of a global pandemic, most consumers simply don't have the bandwidth to consider taking on something new. Really all they're looking for is comfort food in the form of binge watching content on services they already know, love and are happily paying for."

Even before the world plunged into viral turmoil Quibi's success was anything but certain.

Two years ago, former Disney movie division head Jeffrey Katzenberg put his name behind the idea, pitching it as the alternative to a herd of streaming companies that were mostly chasing the same carrot.

Quibi is designed to appeal to the changing habits of viewers (and their fleeting attention spans) with an extensive selection of punchy, celebrity-stacked entertainment available only through an app on mobile devices. The platform works as a hub for original news programs, reality shows and scripted dramas, with each episode coming in at 10 minutes or less.

The "quick bites," which is where Quibi gets its name, are designed for viewers on the go, who could watch them on their morning commute, lunch breaks or while running the treadmill.

But that was before our daily routines were upended by physical distancing, and just weeks from Quibi's hyped North American debut. The service comes out of the gate with 50 shows and movies told in "chapters," costing $9.99 a month, or $6.99 with advertisements, in Canada after an extended 90-day free trial was introduced after the COVID-19 outbreak.

Levy, a director at advisory firm Info-Tech Research Group, said Quibi's greatest challenge before COVID-19 was differentiating itself from similar free platforms, in particular YouTube and TikTok. Now, he predicts Quibi will struggle to create an identity as more Canadians turn to breaking news and tremendous word-of-mouth hits like the Netflix docuseries "Tiger King," which united the self-isolated within days of its release.

"This is not Snapchat, so they are thoughtful and they do have context," explained Lis Travers, general manager of CTV News Channel, who's overseeing the Quibi partnership.

"It moves rather quickly, five to six minutes, but it's designed that way."

Other Hollywood creators are trying their hand at the new platform with program deals.

Steven Spielberg wrote the upcoming horror series "Spielberg's After Dark," which is available only after sunset to create the right atmosphere for a scare. Jennifer Lopez produces "Thanks a Million" where celebrities partake in charitable efforts. And Toronto-born Will Arnett hosts "Memory Hole," a deep-dive into cringeworthy pop culture moments, many which centre on Canada in its first run of episodes.

Quibi's app also includes a unique "turnstile" feature that let's viewers choose between watching a show on a horizontal or vertical device screen.

The company has financial backing from venture capital firms, Hollywood investors and tech companies that include Alibaba Group. In the first year, it plans to flood its platform with 8,500 episodes of about 175 new shows, a production target that could be affected if the COVID-19 crisis drags out for many months.

Another risk looming over Quibi's future is whether its millennial target audience will be willing to shell out for another monthly subscription service as the country heads into what economists anticipate could be a painful recession.

"But Quibi executives say they're in this for the long term. While they do want to turn a profit, they're well-funded through the end of 2021. It may take them longer to get to the subscriber (numbers) they want, but that's okay. They've built into it into their business model."

Adalian said he's not ready to predict on whether Quibi will succeed or fail, but notes that other "audacious and bold" streaming ideas that came before them were dismissed by some, and ultimately proved successful.

"Ten years ago, people thought with Netflix (viewers) wouldn't pay just for original shows, and yet, its subscriber value has kept going up because they've built an overwhelming mass of original content," he said.

"If Quibi can demonstrate that too, then perhaps it can change habits."

Note to readers: This is a corrected story. A previous verison included erroneous Canadian subscription prices supplied by Quibi.