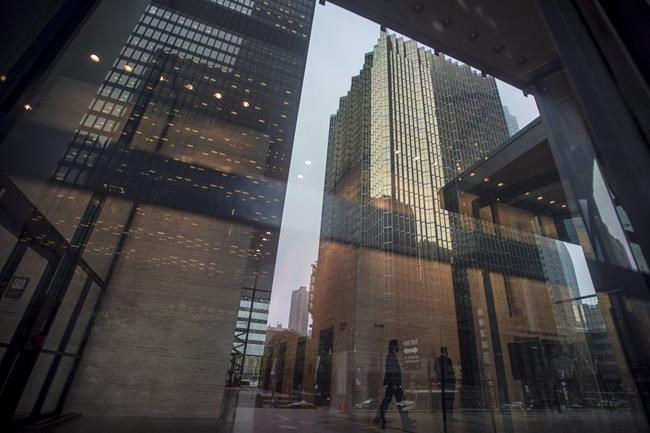 OTTAWA — Canada's federal banking regulator will increase the domestic stability buffer for big banks to 2.5 per cent from one per cent later this year, as the COVID-19 pandemic continues to subside.

The Office of the Superintendent of Financial Institutions said Thursday that it will make the change, which increases the amount of capital banks must hold to cover unexpected losses, on Oct. 31 because of promising signs it's seeing in the economy.

"Given where the vulnerabilities are, given where improving conditions are and given the resilience that the banks have shown through the pandemic, we feel now is the appropriate time to make that decision," said Jamey Hubbs, the assistant superintendent of the deposit-taking supervision sector, during a media briefing.

"Preparing for the next shock when it materializes is too late. You need to act before that, so that is what we're doing today."

OSFI cut the buffer to one per cent in March last year as it anticipated the pandemic would cause economic disruption and felt the lower level would give Canada's big banks the ability to absorb potential losses and continue to provide loans.

It settled on moving the buffer to 2.5 per cent in the fall because of the current environment and key vulnerabilities, such as household and corporate debt levels, which remain elevated.

The domestic stability buffer only applies to Canada's six largest banks, which often set their own internal buffers that are even higher than OSFI's to prepare for surprise downturns.

"The increase does not place any pressure on the group as all are more than comfortably above the minimum," Barclays global research director John Aiken, said in a note.

He perceived OSFI’s move as positive because it indicates "the Canadian banking system has moved past the critical stage of the pandemic."

He also believes it bodes well for other restrictions OSFI implemented during the pandemic.

Throughout the pandemic, however, banks remained stable, put aside large reserves to account for people defaulting on loans and even posted significant profits.

When asked if the buffer increase signals a lift on measures is coming, Hubby said, "they are independent decisions."

"But we do look at similar vulnerabilities, the current condition and the potential path forward, so...there is some overlap."

This report by The Canadian Press was first published June 17, 2021.