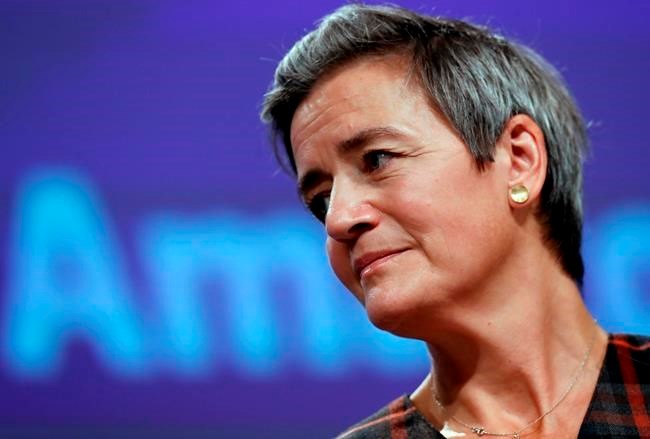 LONDON — The EU's efforts to rein in the power of big tech companies such as Google and Facebook through antitrust investigations have taken too long, dulling their effectiveness, a report said Thursday.

Legal tools available to the bloc's competition regulators, meanwhile, have not kept pace with digital markets, allowing Silicon Valley giants to eliminate rivals, said the report by the European Court of Auditors, which examined the EU's enforcement of competition rules over the past decade.

European Union authorities have been at the forefront of global efforts to bring the tech giants to heel but they've been criticized for lengthy investigations that have resulted in fines that are huge yet affordable for the wealthy companies. Google is currently appealing a 2.4 billion euro ($2.9 billion) antitrust fine levied in 2017 that stems from an investigation into its shopping search results that began a decade ago.

The report found that antitrust cases took an average of four years before a decision was made. Under EU legislation, antitrust investigations can only start after a competition problem has been spotted, the report said.

“Particularly in the digital economy, this may be too late to tackle a competition problem." However, except for EU rules on mergers, ”the Commission has currently no tools in its hands that would allow it to intervene" before competition problems arise.

Competition rules usually take into account a company's market share and profit margin and prices of goods or services but those traditional benchmarks are hard to apply to digital companies, which use data and algorithms to compete for a market, “leading to ‘winner-takes-all’ outcomes," it said.

The report said that while consumers can be hurt by the practices of digital companies, it's hard for the EU Commission to come up with appropriate remedies for a competition problem “because determining the harm can be particularly complex.”

The EU’s competition commissioner, Margrethe Vestager, who is carrying out separate investigations of Amazon, Apple, Facebook and Google, has started turning to “interim measures" as a quicker way to get companies to stop anticompetitive practices.