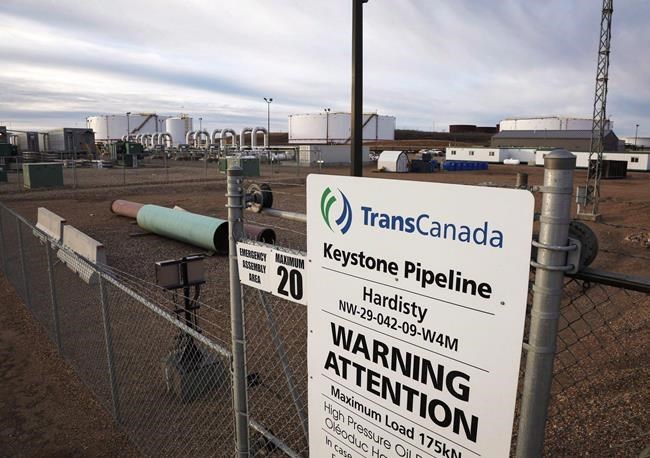 Even after its death, the divisive Keystone XL pipeline continued to leave Canadian energy industry experts at odds on Thursday, a day after TC Energy Corp. nailed the coffin shut on the project.

While some suggested the pipeline's termination won't impact global emissions, others called it a significant step in the fight against climate change.

As demand for fossil fuels wanes and more action is taken to address climate change, the need for pipeline capacity will increasingly diminish, said Chris Severson-Baker, the Pembina Institute's regional director for Alberta.

"Unless the world completely fails to take action on climate change, which would result in economic disaster, we're not going to need the same kind of pipeline capacity going forward," he said. "The climate cannot tolerate the continued use of fossil fuels."

Severson-Baker added: "The world has really moved on."

The Keystone XL project, first approved by the National Energy Board in 2007, was designed to carry 830,000 barrels a day of crude oil from Hardisty, Alta., to Steele City, Neb. From there it would connect with the company's existing facilities to reach the U.S. Gulf Coast — one of the world's biggest oil refining hubs.

The pipeline's cancellation means that rather than processing Canadian crude, those refineries will now import heavy oil from countries like Mexico and Venezuela, retired oilpatch executive Dennis McConaghy said.

"Those refineries will still get the same heavy oil, they'll simply get it from other countries that almost undoubtedly have lower overall environmental standards than Canada," he said.

Construction on the pipeline was suspended earlier this year after newly elected U.S. President Joe Biden fulfilled a campaign promise to cancel its presidential permit.

Still, experts say global energy demand has not gone away, and Canada's energy producers will rely on other projects to get heavy crude to market.

Besides the now-dead Keystone XL, Canada's other main pipeline projects are Trans Mountain and Enbridge's Line 3.

Although they take a more circuitous route to the U.S. Gulf Coast refineries, McConaghy said both pipelines would add significant shipping capacity — giving Canadian producers the ability to grow and export more.

"The industry is not going away," he said. "Oil demand globally has not gone away and in fact Canadian oil production has increased ... principally by moving more of it out by rail, trucks, and fully utilizing the existing systems."

Indeed, despite the termination of Keystone XL, Tim McMillan with the Canadian Association of Petroleum Producers said the future is bright for the Canadian energy sector.

"Global demand continues to rise sharply and Canada is a supplier of choice," said McMillan, president and CEO of the industry group.

Keystone XL will have no impact on that demand or the resulting emissions, he said.

"If we limit Canada's ability to supply heavy (oil), they will get it from Venezuela. They'll get it from Iran. There's a lot of heavy oil options in the world that I don't think serves us as a nation, our climate goals or our security objectives."

This report by The Canadian Press was first published June 10, 2021.

Companies in this story: (TSX:TRP)