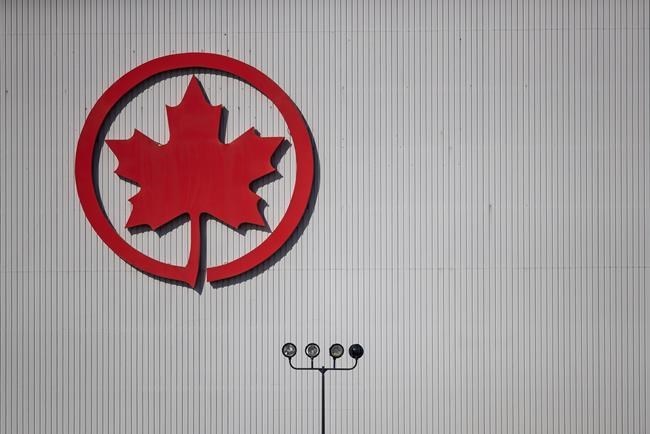 MONTREAL — Air Canada is cutting 1,700 jobs and scaling down its operations as the cumulative effects of lockdown restrictions, slumping travel demand and new COVID-19 testing rules take their toll on the airline industry.

The 25 per cent reduction in service for the first quarter of 2021 will also affect 200 employees at Air Canada's Express carriers, the company said Wednesday morning.

"We regret the impact these difficult decisions will have on our employees who have worked very hard during the pandemic looking after our customers, as well as on the affected communities," said Lucie Guillemette, Air Canada's executive vice president and chief commercial officer, in a statement.

Guillemette said increased travel restrictions by federal and provincial governments have had an immediate impact on the company's bookings.

The move comes five days after rival WestJet Airlines announced that up to 1,000 employees will be furloughed, temporarily laid off, put on unpaid leave or have their hours cut, and that it will chop about 30 per cent of its capacity for February and March and pull 160 domestic departures from its schedule.

WestJet CEO Ed Sims laid the blame squarely on "incoherent" federal government policy with regard to the new COVID-19 testing requirements for passengers returning to Canada.

Unifor, the union which represents customer sales and service agents and customer relations representatives at Air Canada, said the cuts could have been lessened if Ottawa had developed a plan to support the aviation industry.

Unifor national president Jerry Dias said support for airline workers needs to be an immediate priority for Transport Minister Omar Alghabra who was named to the job this week in a cabinet shuffle that saw Marc Garneau move to foreign affairs.

"Today's announcement leaves airline workers with continued disappointment in the federal government's lack of action to support the industry," Dias said in a statement.

Air Canada notified airports in Atlantic Canada this week that it would cut additional routes in the region, suspending all flights in Gander, N.L., Goose Bay, N.L., and Fredericton, N.B., until further notice as of Jan. 23.

Air Canada will also suspend all passenger operations to Yellowknife, N.W.T. as of Jan. 23, the territory's minister of infrastructure, Diane Archie, said in a statement Tuesday.

Other airlines will continue to operate flights to the city, and the cuts will not affect the Northwest Territories' ability to offer essential services such as medical travel, Archie said.

Allison St-Jean, a spokeswoman for Alghabra, said the government was disappointed by airlines' decision to cancel more regional routes.

"Accessibility of all of our regions is important and air links are essential to regional economic development and prosperity," St-Jean said.

Air Canada is contacting affected customers to offer them options such as refunds or alternative travel arrangements, the company said.

The cuts come just days after Air Canada's latest round of service reductions in Atlantic Canada went into effect on Jan. 11.

Monette Pasher, the executive director of the Atlantic Canada Airports Association, said in a statement that the repercussions of the service cuts would be felt for years to come in communities in Atlantic Canada.

"We cannot just flip a switch to turn air service back on when we get to the other side of this pandemic," Pasher said. "We are going to have a long hard road ahead of us to rebuild air access for our region."

This report by The Canadian Press was first published Jan. 13, 2021.

Companies in this story: (TSX:AC)