Following a successful Canadian Baton Twirling Federation International Cup Qualifier in Saskatoon, 11 members of the Airdrie Sky High Twirlers will be representing Canada in the 2017 International Cup in Porec, Croatia, this August.
Jun 1, 2017 12:00 AM By: Airdrie City View 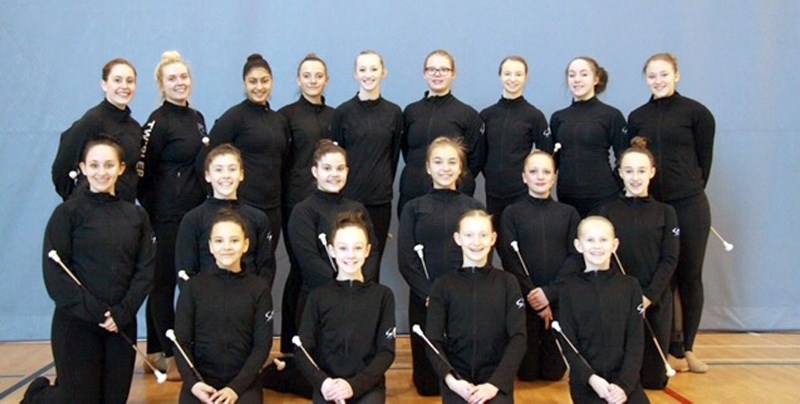 The Airdrie Sky High Twirlers baton team will be sending 16 athletes to the 2017 International Cup in Porec, Croatia, Aug. 7 to 13.

Following a successful Canadian Baton Twirling Federation International Cup Qualifier in Saskatoon, 11 members of the Airdrie Sky High Twirlers will be representing Canada in the 2017 International Cup in Porec, Croatia, this August.

This makes the largest group of athletes from one organization who have earned spots in the international competition – and Sky High’s head coach Loren Dermody said she is proud of the team and the success it has experienced.

“This is the largest group the club has ever taken to International Cup and it is definitely the best showing we have had at the qualifier (event),” Dermody said. “(Expectations) are the same as always – we’re going to work hard before we go and try to do our best, under the circumstances … hopefully, we can do our best performance on the day that we need to.”

Dermody added her team’s success in the past decade has seen constant improvement, which she attributes to the fact the team is continuing to grow, resulting in more talent taking part and excelling.

With a large team of varying levels of experience heading to Europe, Dermody said she is excited for the challenge to come for her twirlers. She added she will rely on her more experienced athletes to lead and show the younger twirlers what competing at this event is like.

“Some of the girls have never left the country, so just travelling will be an experience for them,” Dermody said. “It’s nice to have the ones that have (already) been to help the ones that haven’t. I think it is good we have a big group with lots of different experiences.”

For some of the girls involved, this is their first-ever opportunity to compete internationally. Dermody said she isn’t sure how the younger athletes will react to the pressure of representing Canada.

“For the new (athletes), I don’t think they will understand what representing Canada means until maybe opening ceremonies, when you have everyone from Canada cheering for you,” Dermody said. “That is something special that they will experience for the first time.”

To qualify for the International Cup, an individual is required to finish in the top six of their respective event. Among the athletes who qualified for the world event in Croatia are Megan Schulz, Miakayla McDonald, Emily Lewall, Brooke Mauro, Kendall Patton, Taelyr Patton, Emily Mathewson, Paige Epp, Kadence d’Haene, Miyah Kailey and Jurni Pruden.

Five other athletes will also be going to compete in the Artistic Group and Team events.

“To finish (in the top six of your event) is a big achievement,” Dermody said. “Some of the groups had 50 athletes in them.”

With the International Cup still months away, the Sky High Twirlers are continuing to practice regularly throughout the month of June. Dermody said the team will ramp up training in July, when the athletes are out of school.