Airdrie is gearing up to showcase its growing and thriving community to the nation when Rogers Hometown Hockey takes over Dec. 16 and 17.
Dec 7, 2017 12:00 AM By: Airdrie City View 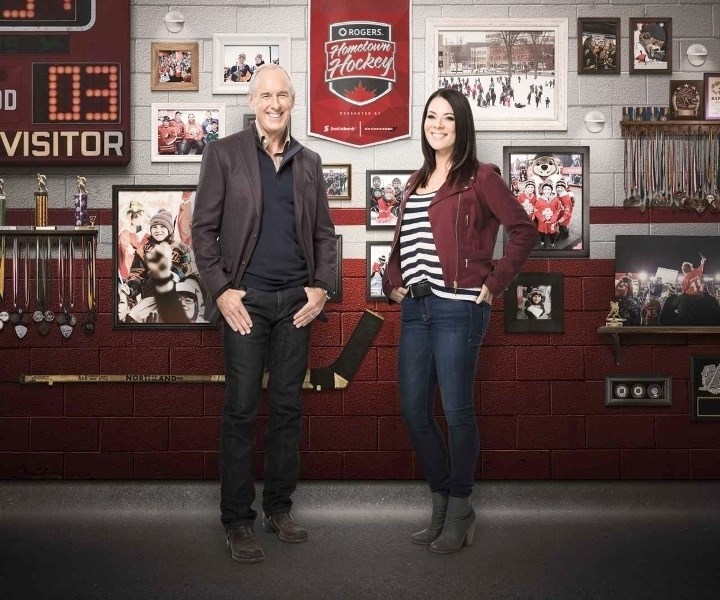 Airdrie is gearing up to showcase its growing and thriving community to the nation when Rogers Hometown Hockey takes over Dec. 16 and 17.

For the fourth season in a row, Rogers Sportsnet is travelling across Canada to provide hockey fans the experience to be part of a national tradition, and Airdrie is finally getting in the game.

“This is a great opportunity to showcase Airdrie and promote the great community we all live in,” Mayor Peter Brown said. “This is a phenomenal opportunity. I’m sure (Rogers) will do a great job of showcasing who we are.”

The two-day event will be chock-full of entertainment for attendees of all ages including the Rogers Fan Hub, Sportsnet Augmented Reality Photo Booth, The Hockey Circus Show and the Dodge Family Zone.

In the Rogers Fan Hub, fans can take part in innovative experiences such as virtual autographs from National Hockey League (NHL) stars and a Zamboni video game.

The OK Tire Zamboni Pit Stop will put attendees’ pit-crew-skills to the test when they try their hands at hanging tires on a replica Zamboni.

The Dodge Family Zone will test peoples’ athletic skills as they take part in the Stow ‘n’ Go Challenge obstacle race and the opportunity to enter a contest to win $5,000 for their local minor hockey association, as well as a 2018 Chrysler Pacifica.

In addition to the fun family events, there will be autograph signings from former Calgary Flames Lanny McDonald and Brendan Morrision, as well as live music entertainment from Andrea Nixon, the Spencer Vaughn Band and Brett Kissel, and appearances by Olly and Jacob from On the bench and the Travelling Jagrs.

The event will conclude Sunday afternoon when fans gather to watch the Calgary Flames take on the Vancouver Canucks in a live stream of the event on a giant screen at Genesis Place Recreation Centre.

The event kicks off at noon Dec. 16 at Genesis Place and concludes at 6 p.m. The activities pick back up at noon Dec. 17 and run through to the end of the hockey game that night.

Alongside the activities at Genesis Place, Hometown Hockey showcases stories and features of the community it visits each week and Brown said he is excited to show Canada just what Airdrie is all about.

“They are going to learn about our community through the people that are here,” Brown said. “What defines us are the people that live here, and when we have an event that supports individuals almost on a weekly basis, or sometimes twice a week, you get this sense of what Airdrie is all about and this caring, compassionate community.

“We are unique in a lot of different ways and that will be showcased through the people they interview and stories.”

While the event is taking a lot of work from both the Rogers’ side of things and community participation, Brown said he is happy with the involvement he has seen from volunteers leading up to the event.

“There (are) two committees, one from the City (of Airdrie) and one from the community, and I want to thank all the efforts of those committees to ensure this event rolls out as a lot of fun and safe,” Brown said. “I want to express our gratitude and appreciation for all their hard work.”