The Airdrie-based squad is currently in second place of the Rocky Mountain Lacrosse League's (RMLL) junior ladies' division, thanks to an 11-3 record and a league-leading offence.

Scott Strasser
Jun 20, 2022 4:50 PM
Previous Next
1 / 1 The Rockyview Silvertips are enjoying a strong 2022 season, currently in second place of their division in the Rocky Mountain Lacrosse League. Masha Scheele/Airdrie City View
Expand
Previous Next
Listen to this article
00:04:01

With just two games left in the regular season, the Rockyview Silvertips junior ladies' lacrosse team is entering post-season mode as they prepare for the provincial tournament next month in Okotoks.

The Airdrie-based squad is currently in second place of the Rocky Mountain Lacrosse League's (RMLL) junior ladies' division, thanks to an 11-3 record and a league-leading offence.

There are seven teams in the RMLL's junior women's division, which features U21' teams from Okotoks, Calgary, Airdrie, Red Deer, Edmonton, and Sherwood Park. 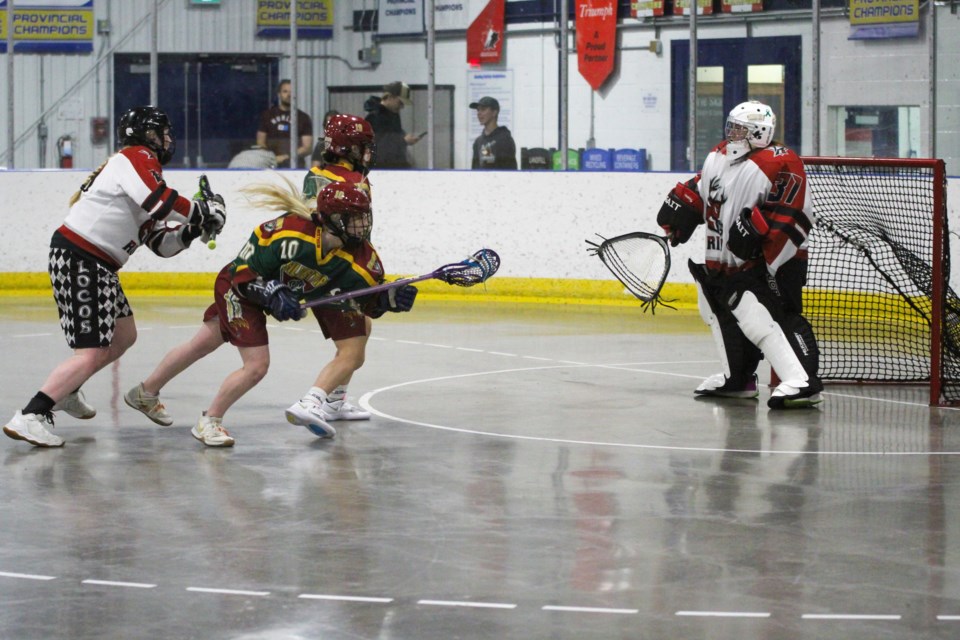 After picking up a win and a loss over the weekend, the U21 girls' team will return to the floor this Wednesday night to face the fifth-place Okotoks Raiders, in Okotoks. The Silvertips will return to Airdrie for their final regular-season fixture on Friday, June 24, when they take on the third-place Calgary Cardinals in a match that could ultimately determine who finishes the regular season in second.

Even though the 'Tips have a young roster this year – the team will graduate just two players at the end of the season – head coach Robin Finley said it's been a memorable campaign already.

“This is probably the strongest year the Silvertips have ever had,” Finley said. “We’re 11-3 right now and we’re definitely going to pick up a win on Wednesday. I’ll be very surprised if we don't. But then we’ll have a really tough game on Friday.”

Finley added the Cardinals and Silvertips have already split a pair of games this season, which bodes well for an intense match-up on Friday night. 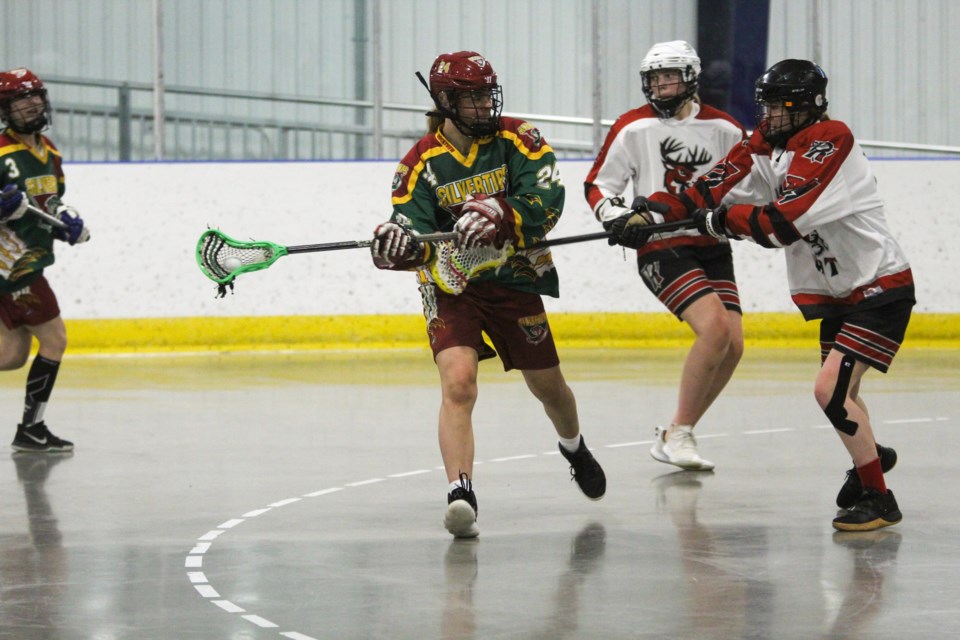 “We’re hoping to knock off the Cardinals again,” he said. “We play them three times – they’ve won one and we’ve won one [so far] – so we didn’t have a great showing with them last time.”

The Silverips are coming off a win and a loss, as their most recent two outings saw them easily beat the sixth-place Red Deer Riot 18-3 on June 18, and then lose 7-4 to the first-place Sherwood Park Titans in Airdrie the following day.

According to Finley, the game against the still-unbeaten Titans was a tough battle that saw Rockyview's players spend plenty of time in the sin bin. He said during the 60-minute game, the Silvertips accumulated 28 penalty minutes, meaning the hosts spent nearly half the game on the penalty kill against the league's only undefeated squad.

Given they only conceded seven goals against the RMLL table-toppers, Finley said the final result was fairly positive.

“We competed pretty well, we just didn’t execute on our offense,” he said. “Our defence was very strong, and obviously so was our penalty kill, because [the Titans] were on the powerplay for a lot. 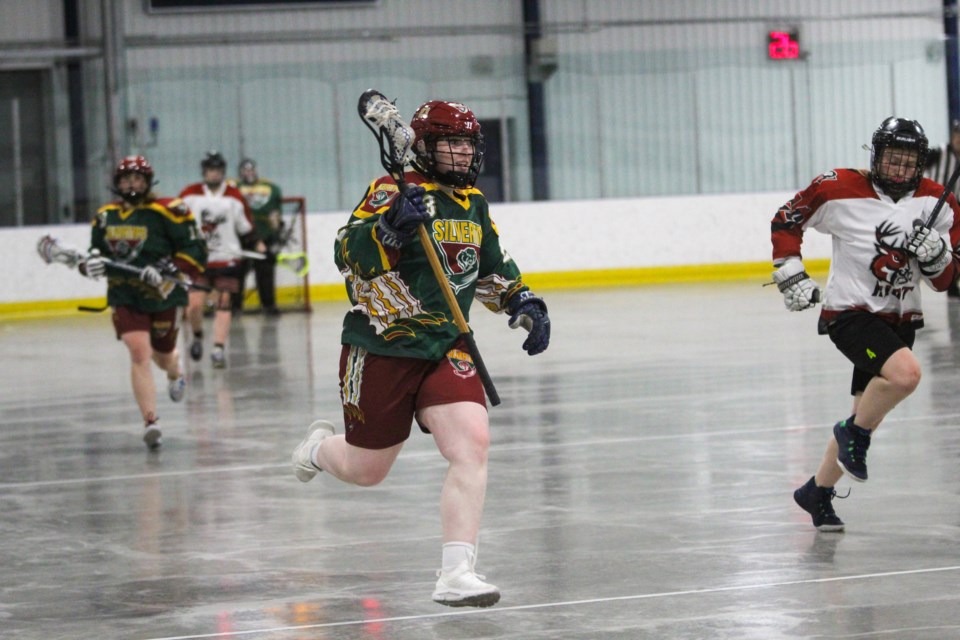 “I think that’s the fewest goals anyone has held the Titans to in any game this year.”

A few positives aside, he acknowledged the match was a “missed opportunity” to hand Sherwood Park their first loss of 2022.

“We got them on the second day of back-to-back games, and they had a little bit of a short bench,” he said. ”But their short bench still had really strong players.”

Moving forward into the homestretch of the 2022 season, Finley said Rockyview will focus on staying calm and collected in the team's final two outings before provincials get underway in mid-July.

He noted the team's transitional play will also be a priority in upcoming practices, adding the 'Tips' strength in transition and flexibility in offensive strategy have been a few of the difference-makers between Rockyview and many of their opponents this season. 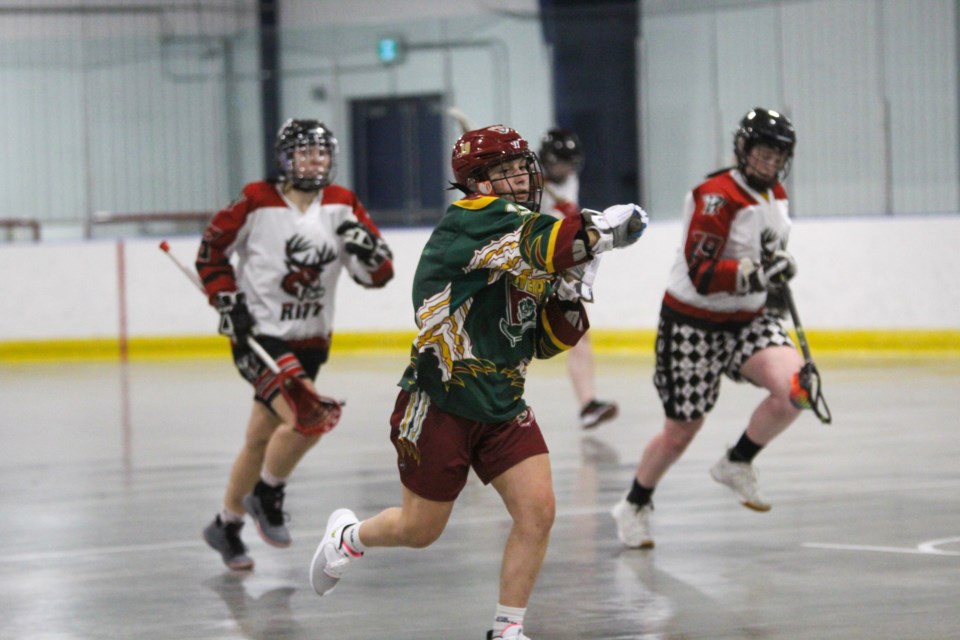 “We’ve been playing a variety of different offences, trying to progress as the season goes and shake it up,” he said. “That’s a big part of what we talk about as a team. The defence calls the offence, so how the other team sets up their defence, we intend to react to that. That’s our plan and it’s worked pretty well. Most of the year, we’ve found the net.”

Wednesday's game against the Raiders will get underway at 8 p.m. in Okotoks, while the Silvertips' Friday night battle with the Cardinals kicks off at 8 p.m. at the Plainsmen Arena in Airdrie. For more information, visit Rockymountainlax.com