Airdrie residents raised nearly $14,000 for phase three of Genesis Place during the fourth annual Mayor’s Recreation For Life Run and Walk on June 6.
0
Jun 15, 2010 12:00 AM By: Airdrie Today Staff 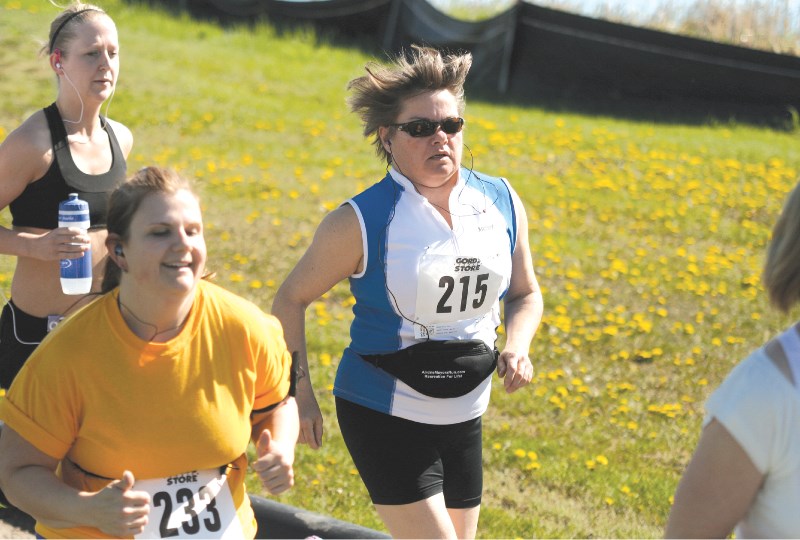 Airdrie residents raised nearly $14,000 for phase three of Genesis Place during the fourth annual Mayor’s Recreation For Life Run and Walk on June 6.

The number of runners and walkers was up more than 100 compared to the past three years, something Mayor Linda Bruce was rather content with.

“This is a sold out event this year, so we’re extremely happy,” she said shortly before taking off in the five-kilometre race.

“Having full participation really does make a difference. And if you want to be in this next year, you’re going to have to sign up early.”

All proceeds from the race will go to support the development of Genesis Place phase three, which will feature new twin ice surfaces.

“We’re hoping to get the planning work done this year and the more money we can raise, the quicker we can actually break ground,” Bruce said. “But it’s really about getting Airdrie out and promoting activity in our community and I think the fact that we’re doing it for Genesis Place means that we’ve obviously picked the right kind of facility to serve our community. We’re really thrilled about it and we’re very blessed with the weather we’re having today.”

Sculptures Personal Training had the most overall participants in the race, while the Airdrie Atom Spitfires won the team challenge.

A full list of winners, as well as a full listing of individual times, is available online at www.airdriemayorsrun.com