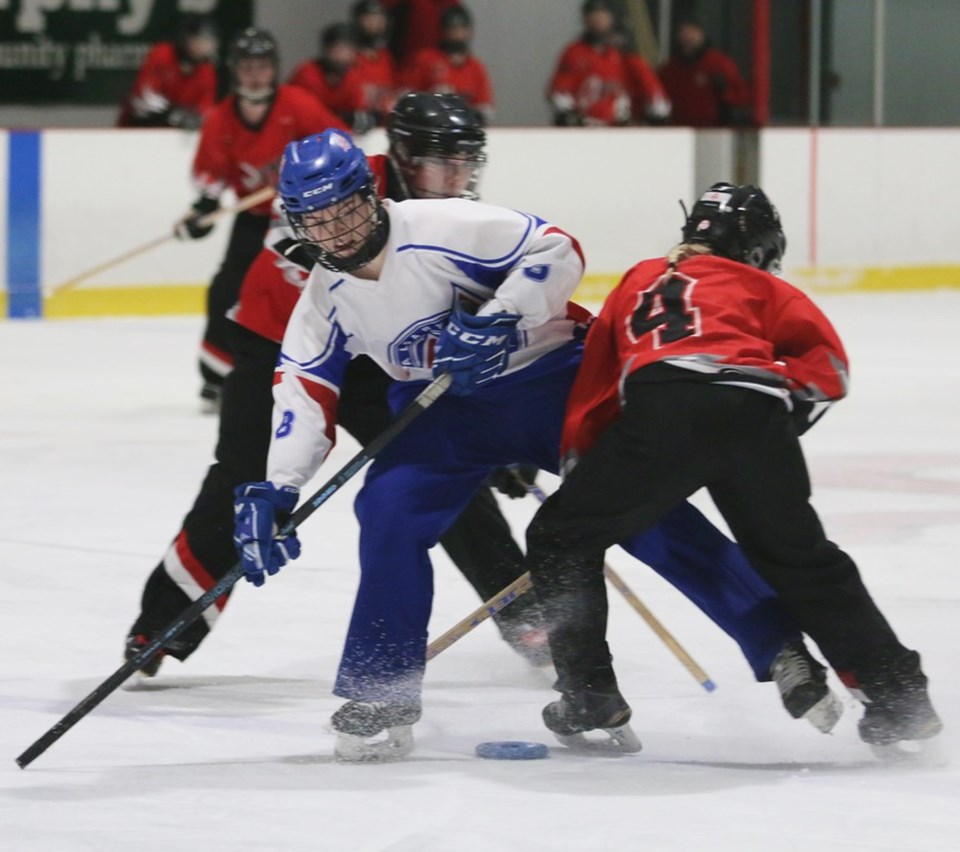 Dalemead ringette player Marla Wheeler will potentially have the chance to don the Maple Leaf for the first time this year – the Grade-12 Chestermere High School student has been selected for the junior national team tryouts in Ottawa May 16 to 20.

Wheeler plays as a defenseman for the Calgary Rush U19AA team, which recently won bronze at the 2019 Canadian Ringette Championships, held April 7 to 13 in Summerside, P.E.I. She also competed for Alberta at the 2019 Canada Winter Games in February.

“After the Canada Winter Games, I got a call and heard I was in the pool for potential selections for the tryouts. I went into nationals just wanting to play my best, and I feel I did that,” Wheeler said.

The athlete wasn’t the only player from Rocky View County on the Rush – Chestermere’s Madison Istace and Cochrane’s Oceane Rosenberg also featured for the team, which was one of four sides representing Alberta at the 18-team national championship.

“As cliché as it sounds, we just really came together as a team when we really needed to,” Istace said. “We were all there for each other.”

Other ringette players from Rocky View County capped off their 2018-19 season in thrilling fashion March 30, when they took home the gold medal for the Zone 2 Blaze at the U14AA Western Canadian Ringette Championships in St. Albert.

The Blaze finished the tournament with a 7-3 win over a team from Calgary.

“It meant a lot to play on such a fun team, with so many supportive teammates who are very talented and skilled at ringette,” said 14-year-old Maggie Baker, of Cochrane. “Winning provincials was our goal from the beginning and the Western championship was unbelievable – we had no idea, really, that it was going to be so great.”

Zone 2 is a relatively new ringette program in Alberta that includes high-level players from Cochrane, Indus, Airdrie and Strathmore. The U14AA team enjoyed a stellar season, with unbeaten runs in the Provincial Championships in March and the ensuing Western Canadian Championships.

According to head coach Laurie Reeve, the Blaze finished the season with an overall 52-11-1 record.

“I’m sure it will be a tough year to repeat,” said Millie Teskey, another of the team’s players from Cochrane. “It’s been such an amazing experience. My teammates are truly amazing.”

–With files from Troy Durrell