After five years, the Cochrane Cobras are back on top. The Cobras varsity boys’ volleyball team knocked off the George McDougall Mustangs in the divisional final, Nov. 6.
Nov 9, 2010 12:00 AM By: Airdrie Today Staff 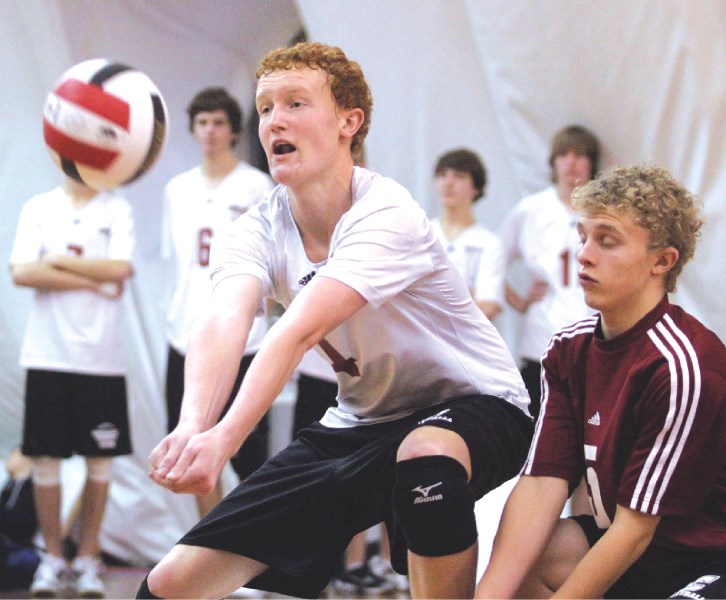 After five years, the Cochrane Cobras are back on top.

“It was a well-rounded game where the ball was spread out between the six players on the floor,” said Doug Jensen, coach for the Cobras.

Earlier in the season, the Cobras swept the Mustangs in a 3-0 game. However, Jensen recalls informing his players that George McDougall would get better over the season.

“We had a very solid first set and then we took a dive and struggled defensively,” said Jensen. “Once we adjusted to where George McDougall was placing the ball, we were successful.

“In the next two weeks, we need to work on our defensive coverage, by learning to adjust and move our feet to go get the ball,” he said.

On Nov. 19, the Cobras will face the Foothills Falcons in the first match of 4A South Central zones in Okotoks.