Five games into the 2021-22 regular season, the Xtreme U15 AAA boys’ hockey team find themselves at the top of the south division in the Alberta Elite Hockey League (AEHL), with a 4-1-0 record.

It’s been a great start to the season for the Airdrie Xtreme.

Five games into the 2021-22 regular season, Airdrie's U15 AAA boys’ hockey team find themselves at the top of the south division in the Alberta Elite Hockey League (AEHL), with a 4-1-0 record.

After losing for the first time on Oct. 15 – a 5-4 defeat on the road to the Southeast Athletic Club Tigers in Medicine Hat – the Xtreme returned to winning ways Oct. 17, with an 8-2 drubbing of the Lethbridge Golden Hawks at the Ron Ebbesen Arena.

Ryder Riedel picked up two goals and two assists for the Xtreme, while Jaxen Adam notched a goal and two assists. Airdrie goaltender Corbin Sanderman managed 17 saves, while at the other end of the ice, the hosts peppered the Lethbridge goaltender with 43 shots on net.

“It was a great win,” said defenceman and captain Wyatt Pisarczyk, who also picked up a goal and two assists in the contest. “The first period, the boys slacked off a little bit, but we came back in the second and third and got the [win], 8-2. We just came back from a hard loss two days ago, so the boys are feeling good.” 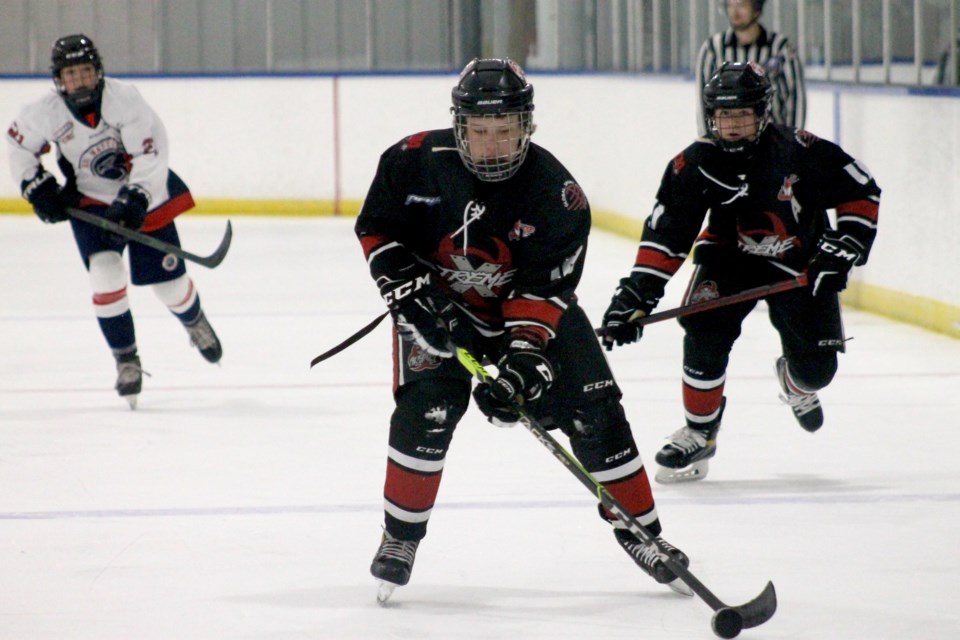 Pisarczyk, who at 14 years old is already in his third season with the Xtreme, said the players’ solid chemistry has contributed to their strong start to the campaign.

He added the team’s fluid passing ability has been hard for other teams to defend.

“We’re a great puck-moving team and the boys usually show up to play,” he said. “We get it done. The boys get along really well in the dressing room. I think that’s where it starts. If everyone is getting along in there, everything goes well on the ice.”

Tyson Soloski, the Xtreme’s head coach, echoed his captains’ remarks, adding the first tests of the season have been highly positive for the team. Airdrie’s high-flying offence has registered 27 goals in their five games so far, while the defence has kept opponents to just 13 goals this season.

“We have four forward lines, three defensive pairs and two goalies who are firing on all cylinders right now,” said Soloski, who is in his second season behind the Xtreme’s bench. “Our practice habits are really good and we’re translating that into our games. We can put out anyone on the ice in any situation and be in a good spot.

“It’s going well so far. The challenge will be to keep it up.”

According to Soloski, the other AEHL south division teams that will likely challenge the Xtreme for the division’s top spot include the Red Deer Rebels and the Okotoks Oilers, who are currently in second and third, respectively.

Airdrie has already claimed a win against one of those teams, with the Xtreme overcoming the Rebels 3-2 on Oct. 3. 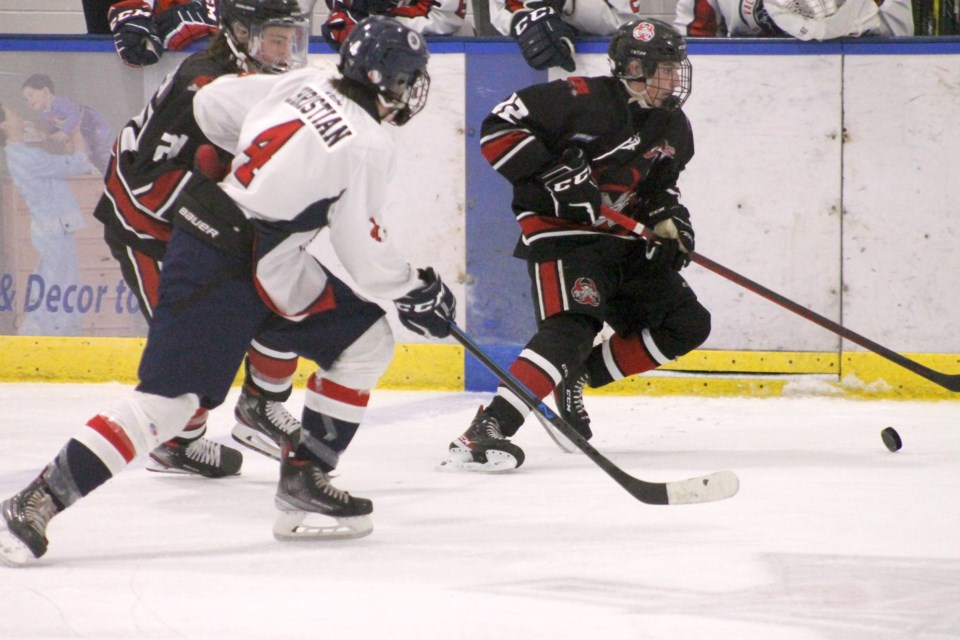 “I think if you take a night off, you can lose to any team, but I think the strong teams will be Red Deer, like always, and Okotoks has a strong team this year as well,” Soloski said.

“We just have to make sure we’re playing consistently and keeping up the work ethic for 60 minutes every single game. We have a really good group of kids, both on and off the ice. It’s going to be an exciting year.”

Even though it’s still early days, the Xtreme has already played more games than in the truncated 2020-21 season, which was called off in October 2020 due to a rise in COVID-19 infections in Alberta.

According to Soloski, the players have relished the chance to take on other teams this season.

“It’s just awesome to see the kids show up every day at practice and be able to be rewarded by playing games this year,” he said. “The competition is great and allows us to stay focused on player development. Playing games is the best way to do it, so it’s been a lot of fun so far.”

The Xtreme will be back on the ice Oct. 20, to take on the Calgary Northstars, in Calgary. For a full schedule, visit u15aaa.ca