In a bid to grow interest in rugby in Airdrie and the surrounding community, the Airdrie Highlanders have begun an indoor training session at Genesis Place Recreation Centre.
Mar 29, 2018 12:00 AM By: Airdrie City View 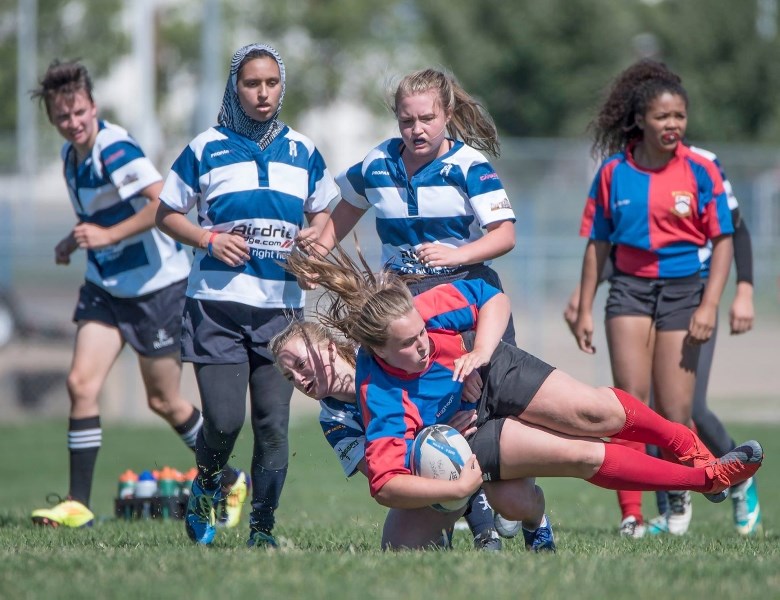 In a bid to grow interest in rugby in Airdrie and the surrounding community, the Airdrie Highlanders have begun an indoor training session at Genesis Place Recreation Centre.

Although the drop-in sessions began March 27, its not too late to give rugby a try. The hour-long sessions will be running every Tuesday until April 24.

Mitch Dorgan, Airdrie Highlanders youth development officer, said the purpose of the sessions is to serve as an introductory event for people of all ages.

“We want to open up these indoor training sessions to kids, adults, anybody that wants to come toss the rugby ball around, run some drills and get a feel for rugby,” Dorgan said.

“We never turn anybody away that’s interested in rugby.”

Dorgan added the weekly sessions allow athletes an opportunity to try out the sport in a controlled setting.

For first-time participants, the event is free to attend, but subsequent visits come at a $5 drop-in fee each week.

Dorgan said there isn’t much cost involved with being a rugby player, just shoes, shorts, a T-shirt and the willingness to compete in a fun and fast-paced sport.

“We just want to grow rugby in Airdrie,” Dorgan said.

“We’re looking at doing a lot of fundamentals, ball-handling work, passing drills in order to open up rugby and give people the chance to try it in a fun way.”

Dorgan added if there is a lot of support in the first month of the sessions, the Highlanders will consider continuing sessions outdoors in the spring.

In addition to offering an all-ages event, the Highlanders have begun holding introductory sessions within Airdrie’s high schools to highlight the sport to young athletes. The hope is start under-18 (U18) squads for both boys and girls this season.

“We’re really optimistic about it, with Bert Church, George McDougall and Croxford hopefully all having rugby teams,” Dorgan said.

“It seems like the community is rallying behind it now and (the sport is) growing.”

Most recently, the Highlanders held a training session at George McDougall High School in an attempt to help the school start up a rugby program for the upcoming Rocky View Sports Association Rugby 7s tournament this May.

“It was a huge success, the students loved it,” Dorgan said. “Everybody seems really interested.

“It seems like George McDougall was really receptive to rugby and really excited for it, just like we are.”

In 2017 the Highlanders training staff aided both Bert Church and W.H. Croxford high schools establish teams for the RVSA Rugby 7s tournament and are interested in helping train and coach for the 2018 edition.ition.