Two competitive dancers from Airdrie who have known each other since they were young kids are heading west to pursue their dreams of becoming professional dancers.
Jul 8, 2021 4:00 PM By: Scott Strasser
Previous Next
W.H. Croxford High School alumna Amelia Prior, 19, will be attending the Harbour Dance Centre's Intensive Training Program in Vancouver this September.
Expand

Two competitive dancers from Airdrie who have known each other since they were young kids are heading west to pursue their dreams of becoming professionals in the industry.

Amelia Prior and Hanna Robitaille, both 19, were recently accepted into the Harbour Dance Centre’s Intensive Training Program (ITP) in Vancouver, B.C. The two are recently with Airdrie’s Star Bound Dance Company and are members of the Young Canadians – the dance troupe that performs at the Calgary Stampede grandstand show.

Prior, who graduated from W.H. Croxford High School in 2019, said she’s excited to move to B.C. to attend the ITP this August. According to Prior, members of the program train in dance at least 25 hours a week, with vocal and acting lessons mixed into the schedule, in addition to performances, choreography and gymnastics training. 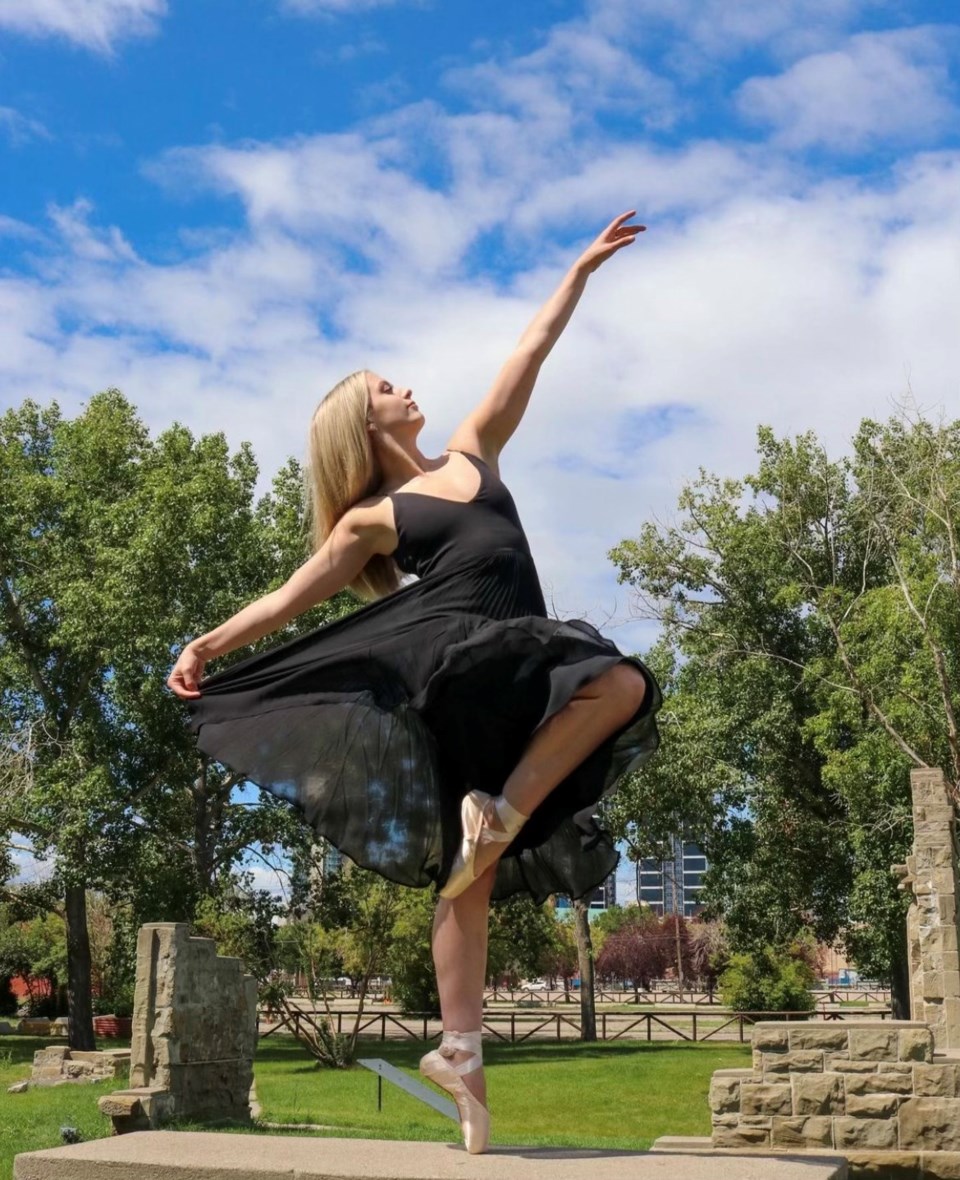 Prior said she enjoys all styles of dance, but her favourites are jazz and contemporary. Photo submitted/For Airdrie City View

“I’m just excited to be able to get started on my future, because of everything that has been going on in the world,” she said. “Finally being able to go to different places and start my career where I want to, with everything opening again, [is great].”

Having danced since she was four years old, Prior said she has always known she would like to dance professionally. After joining the Young Canadians four years ago, she said her decision to pursue a career in dance was cemented.

The Harbour Dance Centre will be the perfect place for Prior to get started in her career, as she said she hopes to enter the film and television industry as a dancer.

“They have a lot of opportunities [in Vancouver] compared to Alberta and Calgary, so hopefully, going there is a good start for that,” she said.

A member of Star Bound Dance Company for 14 years, Prior also took part in the Acrobatic Arts Program with Mandy Yip. She said she enjoys all types of dance, but added her favourites are jazz and contemporary, as well as dance that incorporates acrobatics.

The audition process for the Harbour Dance Centre began in May, when Prior said she sent the centre a video clip of her dancing. After that, she said the studio sent her back some choreography to memorize in 48 hours, and she had to send in a second video of her dancing to that choreography.

According to Prior, only 21 girls were accepted into the school’s ITP for the upcoming season. She said she feels her background in acrobatics helped her cause.

“I have vocal training as well – I’ve been to a lot of different conventions and I’ve been to New York for a Rockettes summer intensive thing,” she said. “Having that experience and having things I could add onto my audition that certain people wouldn’t have, it definitely gives me an edge up.”

Prior will not be the only Airdrie dancer to attend the Harbour Dance Centre’s ITP this fall, as her long-time friend and dance colleague Hanna Robitaille will be by her side. 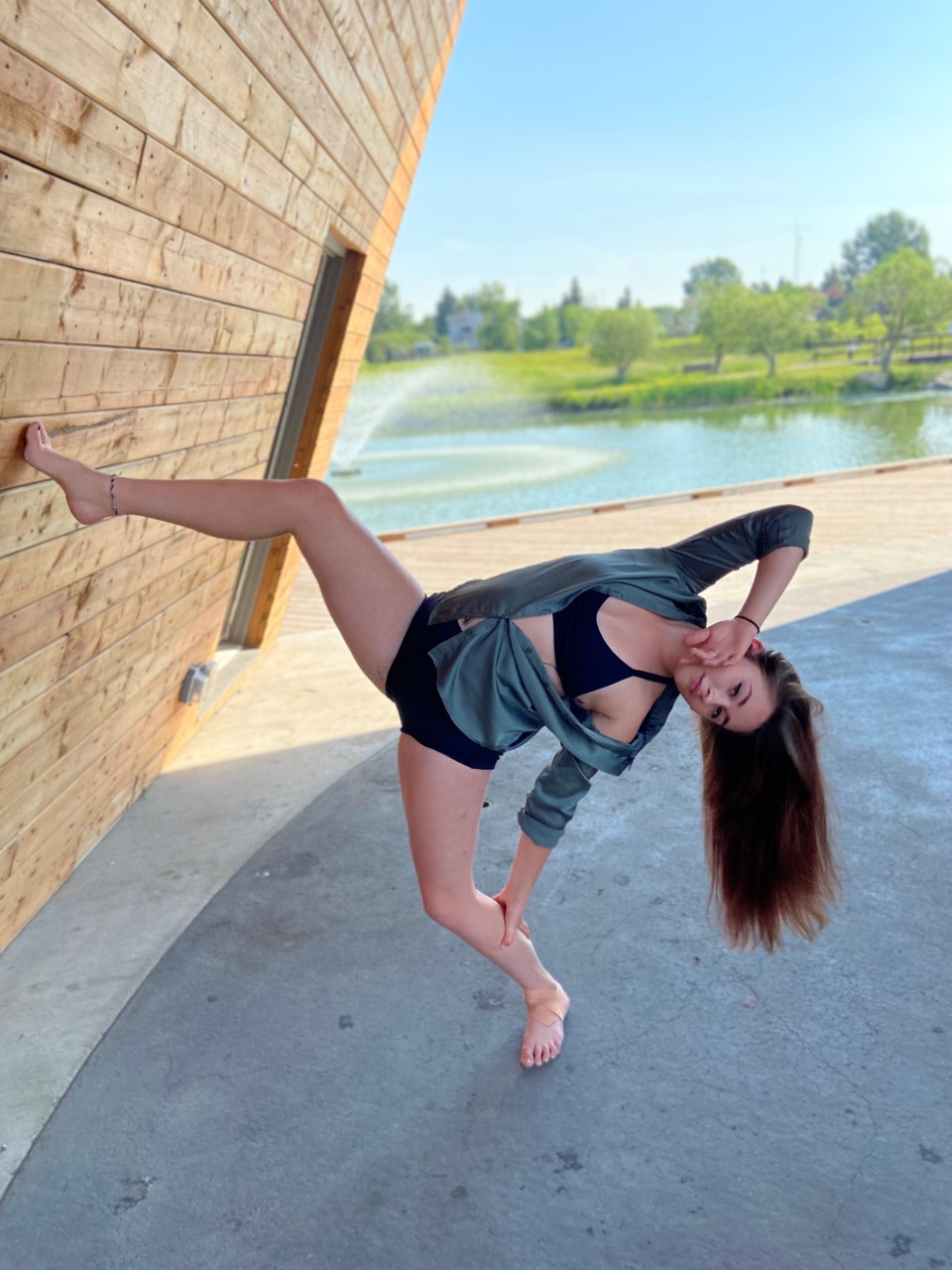 Hanna Robitaille, 19, is looking forward to taking the next step in her dance career at Harbour Dance Centre in Vancouver this fall. Photo submitted/For Airdrie City View

Robitaille, who graduated from St. Martin de Porres High School in 2020, is also a member of the Young Canadians and was previously with Star Bound Dance Company. She said it’s been amusing that she and Prior have been shadowing each other’s dance careers over the years.

“We’re never going to get rid of each other,” she said with a laugh.

“It’s funny because we actually didn’t tell each other [we were going to audition for the ITP] – it just kind of happened. It was ironic, but I think it’s definitely a positive, because we’re both moving from home to a different province.”

Robitaille said she actually auditioned for the ITP in person, back in March 2020. However, the arrival of the COVID-19 pandemic shortly afterward postponed her opportunity to attend the centre by a year.

After a year of forced patience, Robitaille said she is looking forward to joining the Harbour Dance Centre’s ITP this September, adding she has known for some time that she wanted to pursue dance at the highest level. 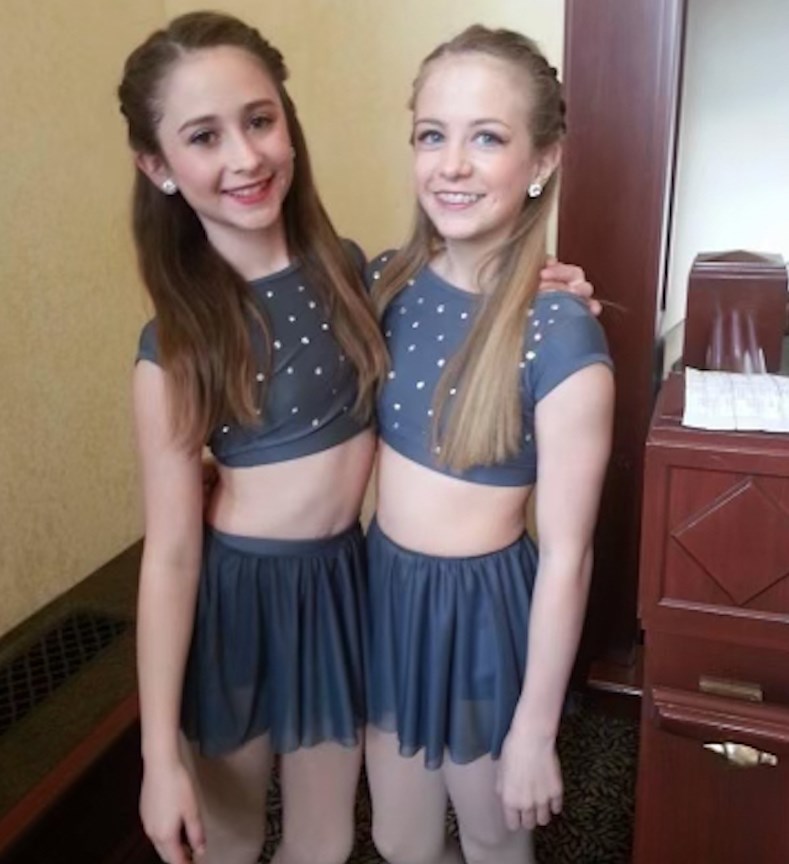 Hanna Robitaille (left) and Amelia Prior have been dancing together since they were kids. By Submitted/For Airdrie City View

“I’m just happy things are finally coming together and I can start my dance career,” she said.