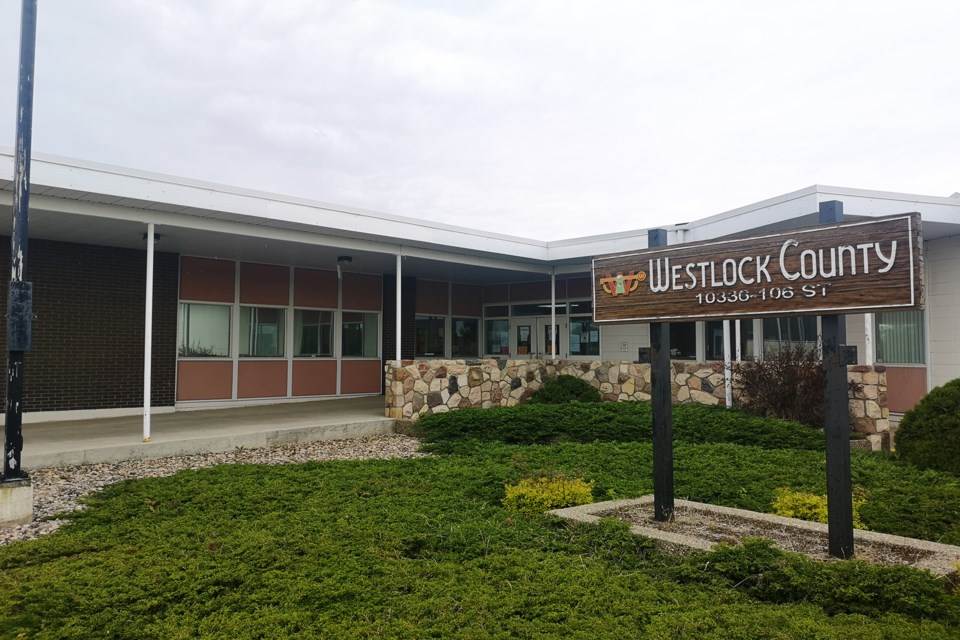 Property taxes in Westlock County may jump by as much as 30 per cent if the province decides to move forward with changes to linear assessments.

WESTLOCK — Westlock County expects it’ll have to raise property taxes by as much as 30 per cent if the province decides to move forward with changes to linear assessments.

The four options provided by the province, which would change how oil and gas properties get assessed and consequently taxed, have most other municipalities in Alberta in a panic over their future budgets. Every option is intended to reduce the amount of taxes paid on these properties.

“We have been told these changes are to enhance industry competitiveness. Westlock County supports industry in the area, however, the proposed changes to the linear assessment will have significant impacts not only to Westlock County, but to rural Alberta,” wrote the county in an Aug. 12 press release.

According to the county’s 2019 audited financial statements, 42 per cent of last year’s net municipal taxes — excluding requisitions like school and senior housing payments — came from linear and industrial properties.

To cover any losses in revenue from a considerable chunk of the municipality’s budget, the county says it could raise taxes by anywhere from 24.1 to 31.3 per cent and cut services and even eliminate some.

“With the uncertainty of Municipal Sustainability Initiative funding, unpaid oil and gas taxes and additional costs to the Police Funding Model, ratepayers are likely to see significant property tax increases in the years to come,” wrote reeve Lou Hall in the press release.

She did not respond to further requests for comment about what recourse the county has at this time.

In Athabasca County, MLAs Glenn van Dijken (Athabasca-Barrhead-Westlock) and Laila Goodridge (Fort McMurray-Conklin) had an hour-long conversation with councillors Aug. 11. They had scheduled the visit before the announcement, but the drastic effects of the proposed changes could mean Athabasca loses $1.1-$2.35 million in one year alone.

van Dijken told council that he was there to listen and he, as a rural MLA, is “constantly faced with having to challenge a lot of the urban programs that are being developed.”

In an Aug. 10 press release, the Rural Municipalities of Alberta confirmed that the effects of these proposed changes are “potentially devastating” across the entire province.

“Under the scenario favoured by industry stakeholders, an average rural municipality would lose 12.4 per cent of their revenues in the first year of implementation, with 11 RMA members losing over 20 per cent,” wrote president Al Kemmere.

Hall called on taxpayers to contact the provincial government, including van Dijken, which is what the county will be doing.

A decision from the province on linear assessments is expected late fall, van Dijken said.

This isn’t the first time the municipality is faced with trouble from linear properties.

In February, the county wrote off $1.7 million of unpaid property taxes from the oil and gas industry since 2015. There are ways to prepare for this at budget time via bad debt expenses—in this way, the budget includes a potential loss of revenue and the money is set aside, offsetting in some capacity a potential for an unbalanced budget at year-end.

This is especially troubling for municipalities because the Municipal Government Act doesn’t offer a way out of debt on linear properties. If a residential property owner defaults on property taxes, the county can put that property up for sale and make up some of the lost tax revenue.

But that’s not possible with linear assessments.

In November 2019, while introducing legislation that further enabled machinery and equipment industry operators to access tax breaks, Municipal Affairs minister Kaycee Madu told T&C previously this “is something we are looking at” but the government was not at a point where a solution can be offered.

About the Author: Andreea Resmerita