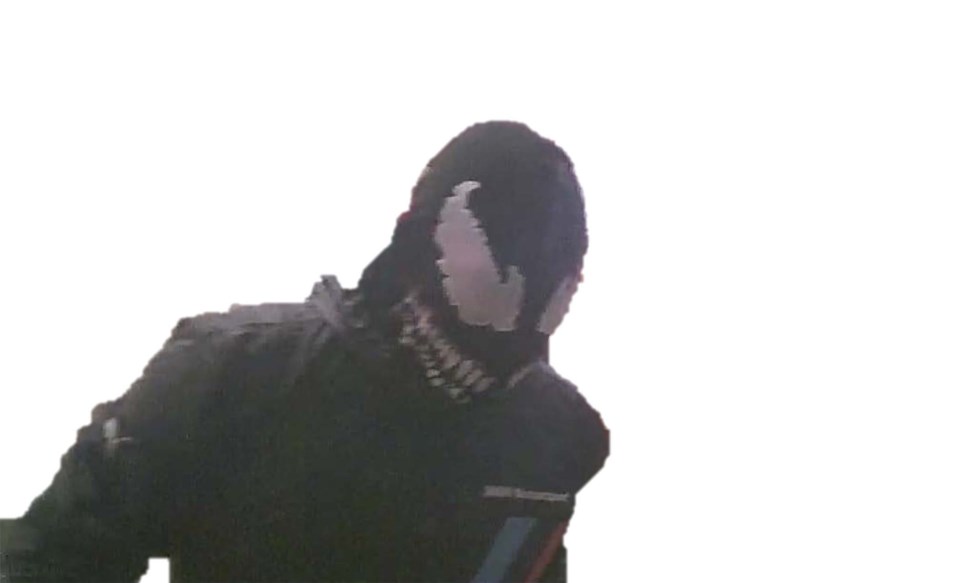 The incident occurred around 4:30 a.m., according to RCMP, at the 24-hour fast-food location. The man fled the scene on foot with “an undisclosed amount of money,” according to police.

The suspect is described by RCMP as between five-foot-eight and five-foot-eleven, with a medium build and deep voice.

Along with the villainous Spider Man character mask, RCMP said the suspect was wearing black, padded motorcycle gloves; black pants and a black, hooded nylon jacket displaying “BMW Motorsports” on the chest and a Puma logo on the right arm.

“No one was injured during the robbery,” according to police.