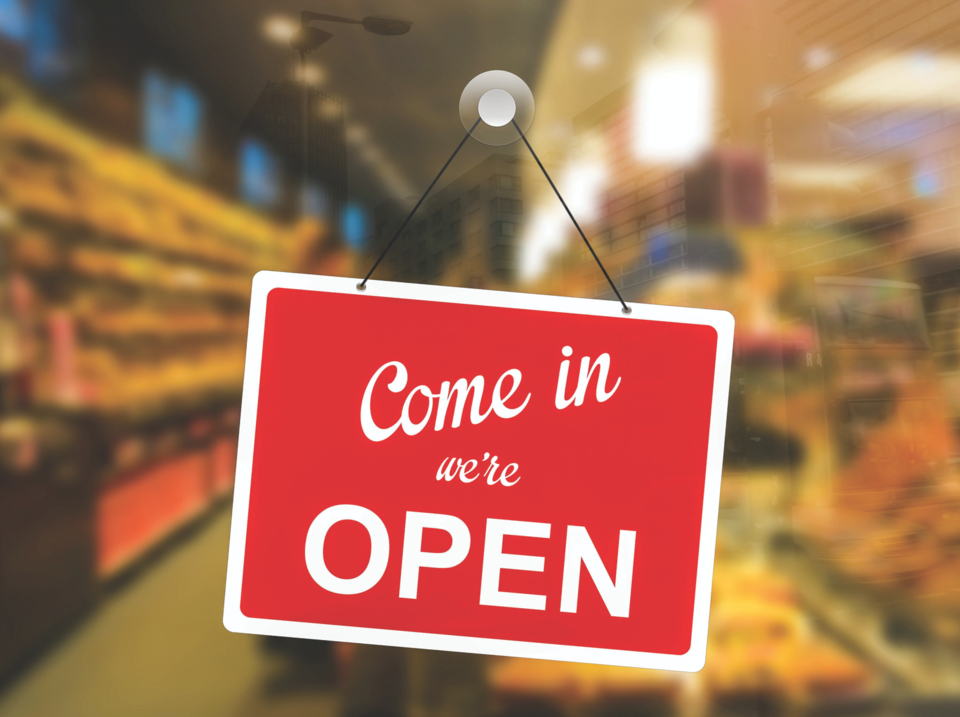 ST. PAUL - For many Alberta businesses the green light to reopen their doors May 14 brought relief coupled with the challenges of bringing back staff, ensuring public health orders are followed and convincing customers it is indeed safe to enter their premises.

On the local front, the resiliency of business owners who were forced to lock their front doors due to the COVID-19 pandemic is slowly coming to light as those door opened wide to once again welcome people into their stores and restaurants.

For local restaurateur Deborah Poulin, owner of The Twisted Fork, it took some initiative and ability to quickly adapt to ensure some stream of revenue for the business located in St. Paul’s downtown continued during the shutdown.

“You’re listening to the news every day, you’re listening to what the government is saying and as things were progressing we were sort of adapting quicker. We realized, ok, we can’t have people come in, what are we going to do?”

She developed a fan favourite menu featuring wholesome family-style meals for takeout or curbside pickup. It didn’t prevent her from having to lay off staff but it did keep the restaurant’s kitchen going. A shortage of flour and yeast for a period of time at local grocery stores as people went into a baking frenzy, saw Poulin offer up these products she had in supply in her storeroom – a quick business opportunity to meet a demand during unpredictable times.

“We still had those items available, so we had to adapt.”

In the midst of it all, Poulin was dealing with health issues and relied heavily on three staff to run the restaurant. They rejigged the space so that people coming in to pick up food had plenty of room to support social distancing measures. There was the endless sanitization that had to be - and still has to be done - point of sale machines wiped down endlessly, door handles and any other surface people come in contact with.

As Poulin prepared her business to reopen to diners May 26, she was feeling good about the steps taken to carry the business through the last few months but also knows there is still much to be done.

“We’ve kept ourselves in the presence of our community, we’re supporting our community as good as we can,’’ Poulin said adding the community, in return, has supported her as much as they can. She’s hopeful people will have a renewed recognition of the importance of local businesses to the community and the role they played in shoring up the town and adapting so they could continue to provide services and products to residents as the world was in lockdown

With her business’s three-year anniversary coming up in July, Poulin is feeling pretty good about being able to say, “Hey, look, we survived a pandemic.”

Across the street at The Jungle, owner Alice Herperger said her flower shop was quite frankly saved by Mother’s Day.

“When I realized that when the first roll out of help from the government came and I didn’t qualify for anything, I ended up having to reopen with the doors closed,” she said, adding it was really scary not knowing if the business would survive a long-term shutdown.

Although she was able to offer curbside and door to door delivery, business was slow.

That was April but in May things started to pick up with Mother’s Day.

“The week before Mother’s Day, it was probably one of the best years I’ve ever had because people couldn’t go see their moms, so everybody decided to send flowers,” Herperger said. “If it wasn’t for Mother’s Day, I honestly don’t know if my store would be open right now.”

Since then, and with the reopening of the store to walk-in customers last week, business has been steady but she’s not sure how the next few months will play out.

“So far so good. I don’t know what the rest of the summer will be like because there’s very few weddings. Normally, that’s what gets us through to the fall/winter.”

She said her customers, for the most part, are upbeat and are happy they can get out again.

“They are wanting to freshen up their homes; they are looking for something new and I’m benefiting from that.”

“Some customers were disappointed they couldn’t go to the store, but for the most part they understood,” Wiart said, adding the reopening of the doors last week has been positive.

“We missed seeing our customers, it feels good to have them in the store,” she said. “A friendly hello always feels good.”

Wiart is optimistic for the summer ahead, and while there are some concerns about sourcing products due to factory production slowdowns caused by the pandemic, the business has been adjusting and getting product where it can.

She extended her thanks to the neighbouring communities of Saddle Lake, Elk Point, Bonnyville and Lac La Biche for their support of the St. Paul business sector.

About the Author: Clare Gauvreau

Clare Gauvreau has worked for the St. Paul Journal for more than 20 years as a journalist, editor and publisher. In her role today as newspaper publisher she continues to contribute news and feature articles on a regular basis.
Read more