Canadian-grown red onions are not affected by the advisory
Jul 31, 2020 8:00 AM By: Canadian Press 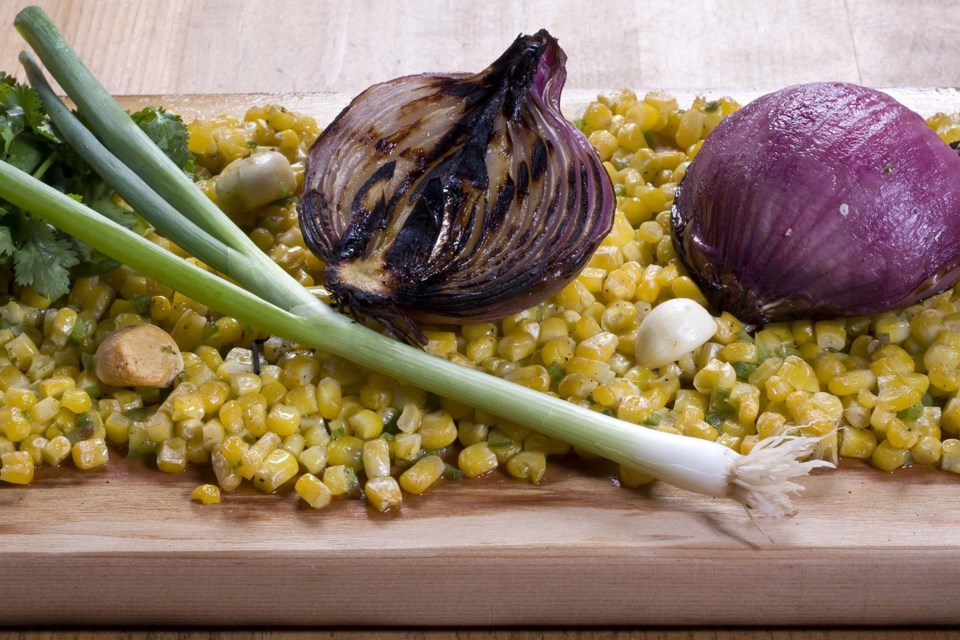 Cedar-grilled corn and red onion salsa is seen in this April 6, 2010 photo. Health authorities are warning consumers in Central and Western to avoid eating red onions imported from the U.S. that have been linked to a Salmonella outbreak. THE CANADIAN PRESS/AP/Larry Crowe

OTTAWA — Health authorities are warning consumers in Central and Western Canada to avoid eating red onions imported from the U.S. that have been linked to a salmonella outbreak.

The Public Health Agency of Canada says it's working with its U.S. counterparts to investigate an outbreak of salmonella infections across five provinces.

Investigators believe that U.S.-imported red onions are a likely source of the outbreak, and have advised consumers in British Columbia, Alberta, Saskatchewan, Manitoba and Ontario to steer clear of the raw vegetable and food products that contain it.

PHAC says Canadian-grown red onions are not affected by the advisory.

As of Thursday, the agency has confirmed 114 cases of salmonella newport illness, including 55 new infections since last Friday.

That includes 43 cases in British Columbia, 55 in Alberta, 13 in Manitoba, two in Ontario and an individual in P.E.I. who reported falling ill after travelling to Alberta.

Federal officials say Saskatchewan is investigating some salmonella newport illnesses, but have not confirmed that they're related to this outbreak.

PHAC says people are believed to have fallen ill between mid-June and mid-July. Of the 102 cases where information is available, 16 people have been hospitalized. No deaths have been reported.

The agency says the investigation is ongoing, and it's possible that additional sources of infection will be identified and food recall warnings may be issued.

This report by The Canadian Press was first published July 31, 2020.