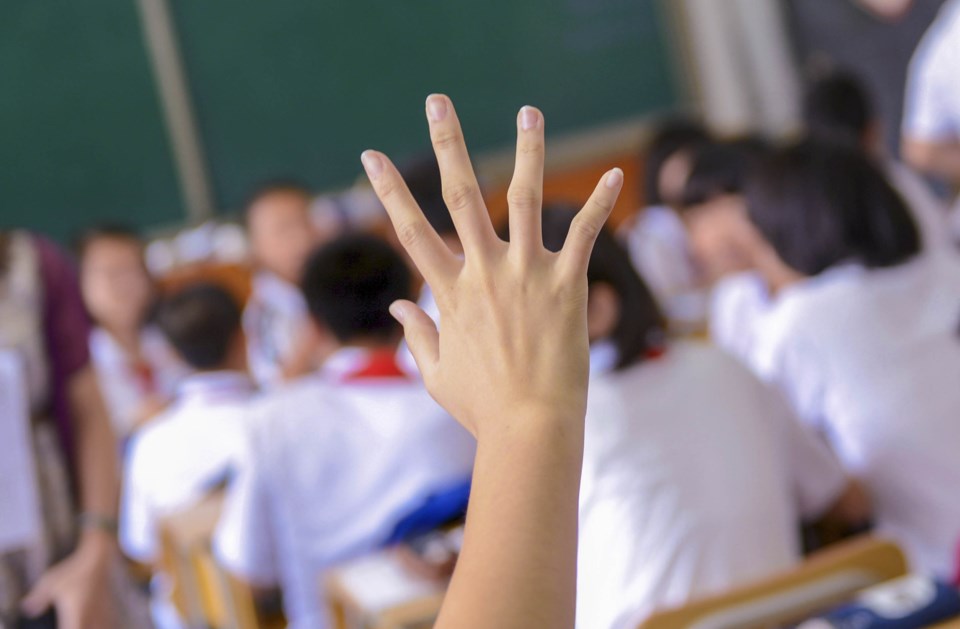 Rocky View Schools is asking for the public's input to help adjust its operations, in light of projections the 2020 provincial budget will not include an increase to education funding. Photo: Metro Creative Connection

In response to Alberta Budget 2020 projections that indicate no increases in education funding, Rocky View Schools (RVS) is asking the public for their ideas on how to adjust its operations to the "new provincial fiscal reality."

“In an environment of fiscal restraint and growing enrolments, we need to identify how we will continue to provide students with the world-class education system our families have come to expect of RVS,” said Fiona Gilbert, Board of Trustees chair, in a press release. “We will continue to flow as many dollars directly to the classroom as possible; however, to ensure students continue to learn the skills and knowledge that they need to succeed, thrive and contribute to our growing economy, we will need to find new ways of doing things.”

The move comes after a $2.7-million cut to classroom improvement funding last spring, and the 2019 provincial budget that called for overall program spending reductions of 2.8 per cent – roughly $1.3 billion – over four years, that left RVS scrambling to find $10 million to balance its books for the 2019-20 school year. Ultimately, the division drew down reserves to 3.5 per cent of its overall budget – $4.32 million from central reserves and $1 million from school reserves, with education centre budgets reduced by $1.53 million and school budgets by $1.75 million – and introducing additional transportation fees.

When asked the main thing the public should know about how the 2019 and the yet-to-be released 2020 Alberta Budgets are impacting current and future students, Gilbert said in an email to the Airdrie City View it was "too early to speculate."

"What we do know is that the provincial government has projected its education budget will not increase in the near future," she said. "We anticipate that we will have some hard decisions to make as we work to establish a balanced budget that supports student achievement and success in an environment of fiscal restraint and growing enrolments."

Through its 2020 Budget Consultation, RVS will conduct two surveys between Feb. 10 and March 30 – one before the 2020 provincial budget is tabled and one launching after the budget is released, according to RVS.

The first, which is available from Feb. 10 to 24 and can be accessed at rockyview.ab.ca/2020-budget-consultation/, asks residents to help identify budget priorities, cost-saving measures and revenue-generating ideas. The survey includes just four questions: What budget priorities should the Board of Trustees establish to guide the development of RVS' 2020-21 budget? Where do you think RVS could find savings? How do you think RVS could generate additional revenue? And whether the respondent has a child enrolled in RVS.

"The first survey is structured this way to allow respondents to be open in their responses and to think big and wild if they want to, as the board did not want it to be restrictive in any way," Gilbert said. "It also allows people to respond in their own words, which adds great value."

She said trustees will have the opportunity to read all of the responses, but overall response themes will be generated by administration. The results from the first consultation will be released March 10, according to RVS.

The division said the second survey will launch sometime after the provincial budget is announced – to be tabled Feb. 27, according to a government press release – and will look for stakeholders to provide input into how RVS will balance its budget to support students. The results will be presented to the board at its May 21 meeting.

"Our [board of trustees] values transparency, honesty and integrity, and involving our stakeholders in this consultation process is very important to the board," Gilbert said. "RVS wants to hear from parents and stakeholders as to what they value within public education and what their priorities are for learning and education so we can make good decisions moving forward."

The RVS announcement came on the heels of a Feb. 10 Alberta Teacher's Association (ATA) release that suggests documents it obtained through the Freedom of Information and Protection of Privacy Act (FOIP) contradict government claims that the province maintained education funding in the 2019 budget.

“The premier and other government officials have painstakingly attempted to argue that operational funding has been maintained, but they pointed to the government budget document that uses a different fiscal year-end," said ATA president Jason Schilling in the release. "By forcing us to FOIP this data, I’m convinced they did not want the public to know the extent of education cuts.”

According to the ATA, 2019 education funding cuts of $136 million, combined with an increased enrolment of 13,000 students, amounted to four per cent less funding per pupil.

"While school boards received additional funding in some areas to accommodate student enrolment growth, a number of significant grants were simultaneously cut, including the class-size initiative, classroom improvement fund and school and transportation fees reduction grant," the release stated. "A one-time transition grant was introduced to replace some of the cut grants, but its $153-million value was much less than the $428 million lost through grant cuts."

RVS director of communications Angela Spanier said RVS would not comment on the ATA release, if current and projected provincial funding is sufficient to set students up for success, or if RVS is being ignored in Alberta Education’s new funding framework.