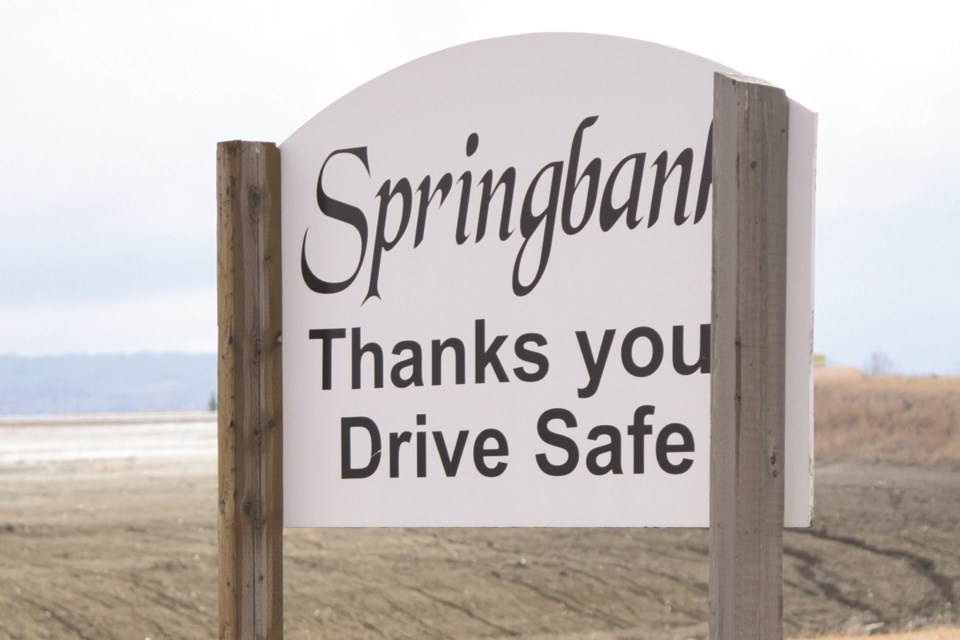 As Rocky View County (RVC) council works to address recreation needs in Springbank, the establishment of an arms-length, not-for-profit foundation has been identified as a possible funding source – not only for a community centre in that area, but the rest of the County, as well.

During a regular meeting Sept. 24, council voted unanimously to direct County administration to explore the establishment of a Recreation and Parks Foundation.

“No surprise to anybody, recreation is what I’ve been talking about for two years,” said Area Coun. Kim McKylor, who made the motion. “In conjunction with some other changes, I think this will go a long way in moving recreation forward in RVC – not just in Springbank.”

Implementing a not-for-profit foundation dedicated to funding recreation facilities would provide RVC with access to a flexible and sustainable source of recreation funds, said Theresa Cochran, manager of Recreation, Parks and Community Support.

“Such an organization would be eligible to apply for funding for County recreation projects and programs that is not currently accessible to the municipality,” she said.

Before implementing such a foundation, according to Cochran, a legal assessment and detailed investigation of the initiative’s feasibility would be necessary. A commitment by board members and staff would also be required.

“It is anticipated that this option would be a good long-term alternative to support County recreation,” she said.

Council’s decision stemmed from Cochran’s report on funding alternatives for a new community facility in the Springbank area. Administration was directed to evaluate options to fund a new facility during a March 12 council meeting, in consultation with Rocky View Schools (RVS), Calgary Catholic School Board (CCSB) and the Springbank Community Association (SCA).

“Springbank residents have expressed a desire for additional indoor recreation provision, with considerations of potential amenities and locations, since the early 2000s,” Cochran said.

According to Cochran, a study conducted by SCA listed a fitness centre, indoor fields, gymnasium, a library, an event centre, child-care services, and studio and meeting rooms as desired components of a proposed new facility. Projects of a similar scope cost between $20,000,000 to $30,000,000 to build, she noted.

“Fourteen alternatives are presented in the council report, a combination of which is anticipated to be required to fund a new facility,” Cochran said.

Besides establishing the Recreation and Parks Foundation, Cochran said, the sale of fee simple land, Municipal Sustainability Initiative (MSI) funding, community fundraising, and debt servicing and debenture would be the strongest immediate options to supply funding for a community centre.

SCA has expressed a willingness to fundraise for the initiative, according to Cochran, who said the organization has indicated it can raise “a substantial amount” of funds. The group can approach corporations and the federal or provincial governments in a way RVC cannot, she added, but fundraising could be challenging due to the current economic climate.

Additionally, council has earmarked $2.2 million dollars for an unspecified Springbank project, she said. Because the project has not yet been determined by council, MSI funds haven’t been applied for, and MSI funding comes to an end in 2021-22, Cochran noted.

Finally, she said, if the County were to manage the project or a nonprofit community organization took the lead, RVC could borrow funds to service the project and use yearly recreation levies to pay off the debt.

“However, the project may take many years to pay off,” Cochran said. “As an example, Edson’s $15-million debenture for a multi-use recreation facility will take 30 years to pay off, and Edson’s taxpayers will see an estimated $130 increase in taxes yearly, for $100,000 in assessment.”

Plans for the Springbank facility have not yet been put together, Cochran added.

“Our first step is to have some appetite from council that this is a project they are going to want to fund through various means before we start building project plans,” she said.

According to Bart Goemans, manager of Marketing and Communication, administration will bring back a report to council on the process of establishing a Recreation and Parks Foundation, likely in the first or second quarter of 2020.