RVC Code of Conduct to be revised

A section of Rocky View County’s (RVC) Code of Conduct previously removed by a council vote in January 2015 will be revised and presented to council for reconsideration, following an in camera session on Jan.
Jan 31, 2016 12:00 AM By: Jessi Gowan 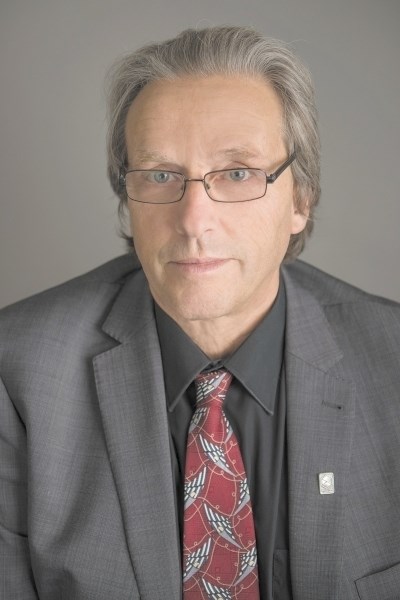 Rocky View County Councillor Jerry Arshinoff called the proposed revision of the Code of Conduct policy to reintroduce sanctions against councillors whose actions are deemed against the policy, ‘a form of bullying.’

A section of Rocky View County’s (RVC) Code of Conduct previously removed by a council vote in January 2015 will be revised and presented to council for reconsideration, following an in camera session on Jan. 26 regarding the policy and RVC’s communications policy.

“When we adopted the Code of Conduct, we felt it would be a smoother document if we left out section six – basically, ramifications for actions that are deemed to be against the Code of Conduct,” Reeve Greg Boehlke said. “Now, we’ve directed administration to bring it back in a report so we can re-evaluate.”

According to County Manager Kevin Greig, the decision “falls on the heels” of a motion made by Councillor Bruce Kendall on Jan. 12, calling for an in camera session to be added to the agenda to discuss the code of ethics and communication policy as it relates to “a member of council.” However, when Councillor Margaret Bahcheli attempted to argue that the item didn’t meet the requirements for a “legitimate” in camera session, Boehlke cut off her microphone and accused her of “grandstanding.”

“You can’t use the in camera mechanism to go behind closed doors to discuss things that make you feel uncomfortable,” she said, after Boehlke declared a recess, apologized and returned the microphone. “Council, and the public, deserve to know.”

The in camera session was added to the Jan. 26 agenda, and when Boehlke said the item “indirectly” involved Councillor Jerry Arshinoff’s letters to news publications, Arshinoff stated he would prefer to have the conversation in public. Despite opposition from Arshinoff and Councillor Liz Breakey, the motion to go in camera was carried 7-2.

“Neither I, nor anybody else, can repeat what’s been said at an in camera session,” Arshinoff said. “If you believe, as I do, that you are perhaps being accused unfairly, you have no way to defend yourself, as you cannot repeat the allegation. If I waive my right to privacy, why should anybody object? I don’t think they have any way to defend their stance on many of the issues.”

According to Boehlke, the only spokesperson for council should be the reeve, or a designate of the reeve – as it states in the Code of Conduct, which was adopted by council in January 2015. While Boehlke said councillors do have a responsibility to keep their constituents informed of what goes on during meetings, there is a “fine line” between what’s appropriate and what isn’t.

“That could be a misrepresentation of what council is doing, or statements that are out of line with council’s direction,” he said. “When you get to the point where it goes on for weeks or months and you’re talking about your colleagues and how stupid they are for doing this or that, and how your municipality is corrupt and some councillors are in the back pockets of developers, that’s the kind of talk that needs to be sanctioned.”

With this motion, Boehlke said council can decide if they want to impose sanctions if Code of Conduct breeches occur, depending on the severity of what council as a majority “thinks has gone wrong.”

However, Arshinoff’s letters are not the only examples of RVC councillors voicing their opinions to residents. Breakey regularly sends emails with updates on issues and events pertaining to her constituents, and both former councillor Al Sacuta and Deputy Reeve Earl Solberg have maintained blogs containing posts that could be considered “inappropriate.”

“I think it’s because they don’t want any opposition,” Arshinoff said. “They’re saying before I send a letter to any media outlet, I have to get the Reeve’s permission. Can you imagine? That’s like saying that before a member of parliament in Ottawa sitting in opposition can say anything to the CBC, they have to go ask the Prime Minister for permission.”

While Arshinoff said he agrees councillors have an obligation to be respectful of other members of council and administration, his primary concern is representing the people of RVC “the best way I can.”

“I can’t tell you that I’m happy about sanctions, because they may be minor or they may be severe. But I view it as a form of bullying, and I’m not intimidated. I’m not going to change what I believe because I’ve been threatened,” he said. “They can make life very uncomfortable, but as far as I know, they can’t prevent you from going to council meetings and fulfilling your function as a councillor in council.”

Boehlke said he’s also “skeptical” a revision of the compliance section will do anything to “change the dynamic” of council, but he’s hopeful that it will encourage councillors to behave in a “civil manner.”

“I would love to be able to say it’s going to change things around and everybody will get along, but I don’t believe that’s going to happen,” he said. “Certain people are corrupt, and if they are corrupt, a code of conduct doesn’t stop them. We see that every Tuesday.”