Rocky View Schools has been busy planning for the new school year and has released preliminary plans for the return of students. The Alberta Government is expected to make a decision on what the school year will look like on Aug. 1.
Jul 16, 2020 12:00 PM By: Tyler Klinkhammer 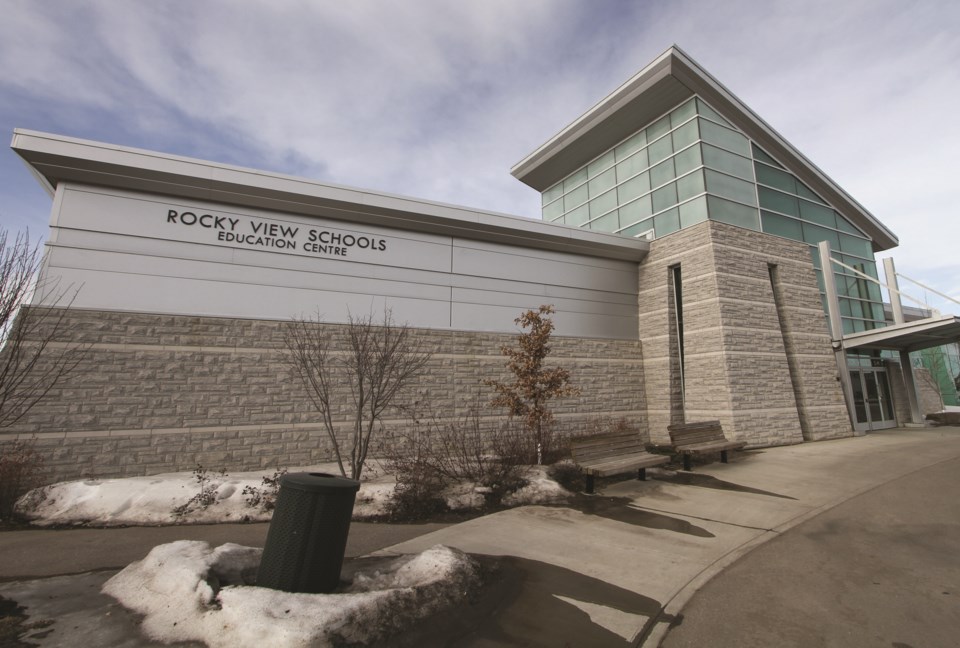 ROCKY VIEW— In anticipation of the 2020/2021 school year, Rocky View School has released its preliminary plans for students' re-entry into the classroom.

Which scenario will be followed is dependant on the severity of the COVID-19 pandemic.

The plans were developed based on input from the Alberta Government, Alberta Health Services, and a survey issued by Rocky View Schools, which saw roughly 17,000 responses.

The press release, issued by Board Chair Fiona Gilbert and Superintendent Greg Luterbach, notes that the Alberta Government’s “preferred and likely scenario is for students to return under Scenario One, and we share this hope too.”

The feedback from the aforementioned survey also widely indicated that parents and students would also prefer to return under Scenario One, said Luterbach.

Scenario One, in-school learning, is very much like a normal school year, but with many restrictions in place.

The use of shared amenities, such as water fountains and microwaves in lunch areas, are to be covered and unavailable for use. Sinks and filling stations will be available for students to fill personal water bottles.

Parents, guardians, volunteers and guest presenters will not be allowed on the premises until further notice. Parents and guardians may be given special permission to enter by the principal.

Schools will be placing directional signage down in order to coordinate student flow through the building in an effort to ensure physical distancing. Entry and exit from the building during recess will also be coordinated.

Extracurricular athletics and fine arts programs will be cancelled until further notice. Clubs that are able to physically distance during meetings will be allowed to continue.

Students in Rocky View School will be divided into cohorts that will remain together throughout this process. In order to reduce contact between students, teachers will be moving from classroom to classroom instead of students. The document also notes that interactions and activities involving multiple student cohorts will be limited or prohibited.

For the days that are not spent in school, their teachers will give the students homework assignments.

Scenario Three is a complete cancellation of any in-school lessons. Teachers will be available in this scenario to support the students with weekly learning packages.

For concerned parents who do not wish for their child to return to school in the fall, Rocky View Schools is offering three options— Enrolling their children in online courses through their current school, homeschooling the student under Alberta Education Home Education Regulations or enrolling online at a school outside of the Rocky View School system.

For so many students, school life is much more than classroom learning. It’s a space to socialize, engage in extracurricular activities, and form deep bonds between peers. With many extracurricular programs being cancelled, monitoring the mental health of students will be crucial in the coming months, said Luterbach.

“We have talked about—as a society—having open and honest conversations about how we’re doing with our mental health and reducing the stigma around that. I think that will be especially important in these trying times.”

He noted that the teachers in Rocky View Schools have been “amazing” so far about checking in and monitoring student’s mental, emotional and physical health.

Luterbach also said that the school district is ready to be flexible as the situation evolves and changes. As long as Rocky View Schools receives “proper guidance” from health officials on how to proceed, he said, the school board is willing to reassess and reopen programs as long as they can be conducted safely.

“We have to be willing as an organization—and we certainly are—to be able to look and monitor and respond as new information comes out from the government or the provincial medical officer of health,” he said. “We know extracurricular, we know option classes, we know athletics, performances, clubs, are all important to kids. So we’re going to see where we can do them in as safe a manner as possible.”

After the spring shutdown of schools, Luterbach said he had heard that while some students flourished using online learning, others struggled. On a typical year, teachers will take an account of where students are at in the fall, to ensure that they have an understanding of “key concepts.”

This year will be no exception, and depending on which scenario school resumes under, learning gaps might have to be addressed.

Under Scenario One, Luterbach said he has the least concern regarding learning gaps, as school life will look fairly similar to a normal year with a few exceptions.

Under Scenario Two, where cohorts of kids attend school on a rotating basis, taking advantage of the in-between days with “meaningful” assignments will be key to sustaining positive learning outcomes.

Given the mixed responses related to online learning, operating under Scenario Three, while it seems unlikely at this time, could be cause for some concern he said.

“We really value when kids are at school, and we value what classroom learning looks like,” he said. “It will be important that we don’t lose all of those at home days, and that students are working on some learning outcomes that will support their achievement.”

The Alberta Government will be releasing its decision on which of the three scenarios school will resume under on Aug. 1.

About the Author: Tyler Klinkhammer