Reported criminal code offences down in Airdrie in 2020

According to a recent report to Airdrie City council, first-quarter crime statistics indicated criminal code offences decreased by seven per cent in Airdrie in 2020, compared to the year before.
May 13, 2021 4:00 PM By: Jordan Stricker 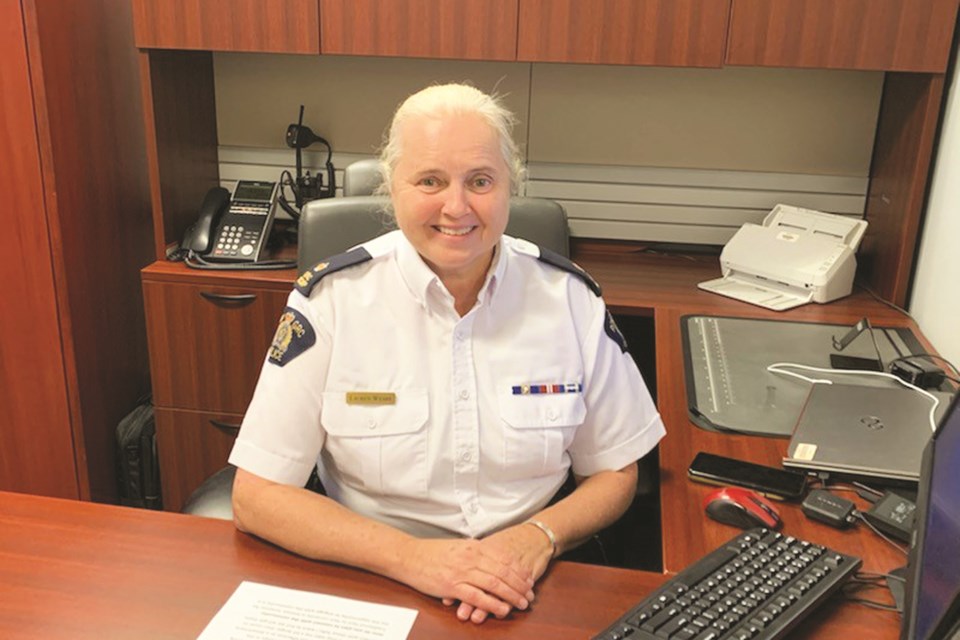 Insp. Lauren Weare presented a number of RCMP statistics to council during a regular meeting May 3. File Photo/Airdrie City View

According to a recent report to Airdrie City council, first-quarter crime statistics from RCMP indicated criminal code offences decreased by seven per cent in Airdrie in 2020, compared to the year before.

“Breaking and entering offences were the only ones up in 2020,” said Airdrie RCMP detachment commander Insp. Lauren Weare, who presented the crime stats to council on May 3. “We had one or two individuals that committed a series of events. We were able to apprehend and lay charges in that regard.”

Information in the same presentation revealed Airdrie’s crime gauge from January to March of 2021 showed a 29 per cent decrease in criminal code offences during the same period.

“There has been a profound decrease overall,” Weare said.

While the numbers are positive, Weare noted there has been a two per cent uptick in persons-related crime offences. She said the increase is reflective of several recent robberies that have taken place in Airdrie.

“There has been significant investigation undertaken by the Crime Reduction Unit (CRU) and general duty members in this very troubling uptick,” she said. “Most recently, there have been arrests made and charges laid.”

Reports of domestic violence offences, according to Weare, dropped by three per cent from 2019 to 2020. Weare added although the number is trending down, there is still cause for concern, as incidents could have been under-reported due to the pandemic.

“Some might say that is a good news story,” she said. “The year 2020 does concern me a little bit because I do feel that overall, on most crime types, we will likely see an under-reporting process where we may or may not see a correction in 2021.”

Weare said because of stay-at-home recommendations, government restrictions, kids being in and out school and more people working from home, it means some incidents that are reported by third parties may not be reported at all.

“Child and Family Services is also seeing a decrease in reporting,” she said. “[We] are not really clear if it is a good news story, or just under-reporting.”

“This is really quite telling of the pressures everyone is dealing with as we enter into our second year of COVID-19, the pandemic response and the restrictions that just don’t seem to end,” she said.

Another important point from Weare’s presentation came from stats out of the CRU. According to her presentation, CRU officers seized $120,562 worth of drugs in 2020, recovered $92,462 in stolen property and seized 11 weapons.

“The CRU is clearly set to probably double or maybe even triple [based on] what the results have been this year,” Weare said.