While Rocky View School (RVS) students have finished their last few months of school online, the government of Alberta has announced that it hopes students will be returning to the classroom in September.
Jul 16, 2020 7:00 AM By: Kate F. Mackenzie 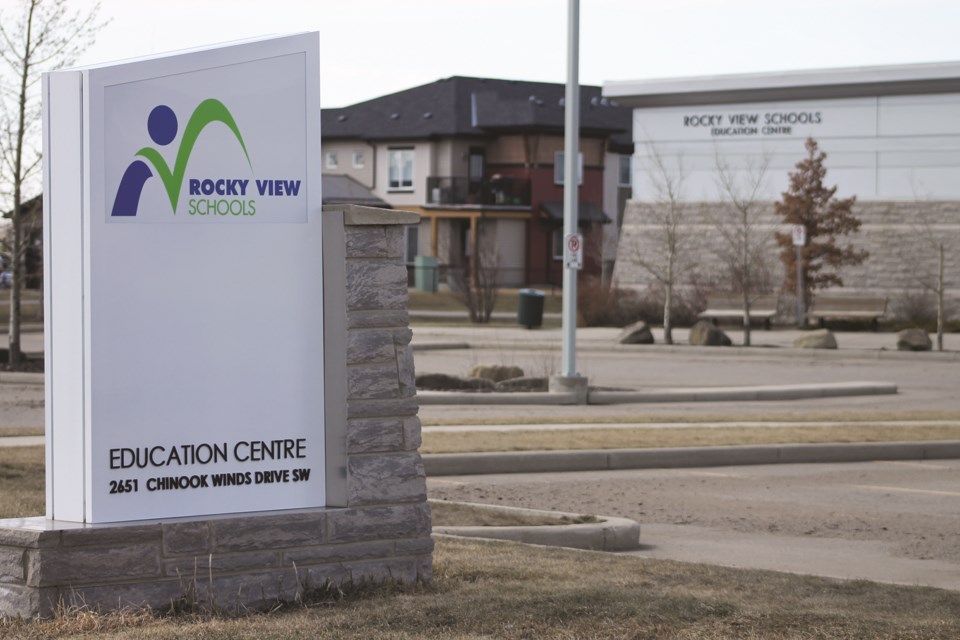 Rocky View Schools is prepared for any of three scenarios Alberta Education puts forward for what schooling will look like in September. File Photo/Airdrie City View

After months of learning at home, many families and teachers in Rocky View Schools (RVS) are eager to return to the classroom this fall.

According to an RVS re-entry survey – which garnered more than 17,000 responses from parents, students and staff – returning to school in September is the preferred option, but parents and staff still have concerns about minimizing health risks, Superintendent Greg Luterbach said.

"People want to know what we're doing to help keep everybody safe," he said.

"There's certainly no doubt that people are going to continue to monitor and watch this right through until school starts in September," he said.

Following the survey, RVS released its re-entry plan July 9. The plan is based on three potential scenarios for the upcoming school year which are being contemplated by the Alberta government.

According to Luterbach, scenario one would see students return to class every day, with “near-normal operations” and new health protocols in place.

"In scenarios one and two, we would be asking parents to be doing daily health checks with their child before they go out the door," he said. "We're going to ask the same for adults and staff in the building as well."

The health checks are a series of questions that can be found by searching "Health Checks" on rockyview.ab.ca, and are based on the recommendations of Dr. Deena Hinshaw, Alberta's chief medical officer of health. Luterbach said if students, staff or parents are experiencing any of the symptoms on the list, they're encouraged to get tested for COVID-19.

Scenario one would also include enhanced cleaning and disinfecting protocols. In most schools, staff and students will be encouraged to maintain physical distancing where possible. However, in schools with higher enrolment, maintaining the two-meter physical distance will have its challenges, Luterbach said.

"Anytime you've got that large group of students coming or going, that's when you kind of create those high points where students can come in contact with each other," he said.

Scenario two, Luterbach said, will see in-class learning partially resume, but with students divided into two cohorts. The way this would work, he said, is one cohort – Group A – would attend school on Mondays and Wednesdays while another cohort – Group B – would be in the building Tuesdays and Thursdays. Classes would also take place on Fridays, with the cohorts alternating weeks.

Siblings from the same school would be placed in the same cohort, Luterbach added, and each group would be provided with work to do on the days they are not in school.

Safety protocols in scenario two are identical to scenario one. Should the Alberta government choose scenario two, the cohorts will be announced at the end of August, Luterbach said.

Meanwhile, scenario three will “build on the spring 2020 experience,” Luterbach said, with students staying at home and learning online.

"When we surveyed families back in May, we certainly got some feedback about how [online learning] can improve," he said. "We'll pick up some of that feedback."

More "synchronous activities" – which Luterbach said are times when the class is learning together via technology like Zoom – were requested. Increasing the number of hours of work per week and enhancing mental health support will also be included, should scenario three be the ultimate direction.

"That's why it's important we have this plan out as early as we could, so people could get a sense of what the school is going to look like," he said.

As the school board waits for the government to announce their final decision Aug. 1, Luterbach said RVS encourages parents to be prepared for any of the three scenarios.