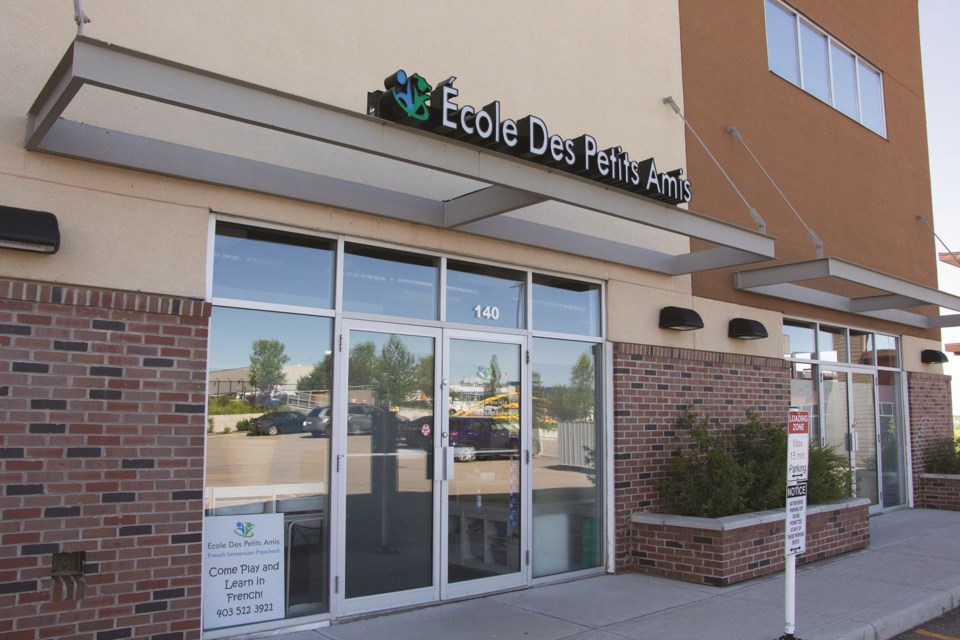 École Des Petits Amis French Immersion Preschool is one of many businesses across the province that have applied for a relaunch grant from the Alberta government. Photo by Jordan Stricker/Airdrie City View.

As businesses undertake the difficult task of rebounding from a worldwide pandemic, the Alberta government has introduced a grant program to help them.

The Small and Medium Enterprise Relaunch Grant was announced June 28. The grant provides up to $5,000 to businesses that lost at least 50 per cent of revenue during the COVID-19 pandemic. The government has committed up to $200 million in funding for the program.

“Anything that we can take right now to help us continue is huge,” she said.

In order to be eligible for the grant, applicants must be a business, co-operative or non-profit organization that was ordered to close or curtail operations due to COVID-19.

Additionally, applicants have to prove they suffered a revenue reduction of at least 50 per cent in April and/or May.

According to Sara Chamberlain, team lead with Airdrie Economic Development, more than 400 local businesses would potentially be eligible for the grant.

“To know almost 50 per cent of them had to close – that is pretty significant,” she said. “Anything that we can get for businesses to get back on their feet is really positive.”

“That is really positive too, because that is an important part of our economy,” she said.

Chamberlain added she was pleased to see a grant program released by the government, instead of the deferrals and loans that have been announced so far.

According to the Alberta government’s website, grant funding is calculated based on 15 per cent of the eligible applicant’s pre-pandemic monthly revenue, up to $5,000.

Astrom said the preschool will receive slightly less than $2,300 from the grant program, which she hopes to put towards salaries and expenses.

Astrom’s preschool has a small staff – she and one other person take care of three classes, each with a maximum of 24 students. Even before the pandemic, the preschool’s class enrolment was already low, she said.

“All of the sudden, the trade shows and markets we were hoping to attend to boost our numbers through the spring were no longer available to us,” Astrom said.

The preschool’s enrolment has dropped because of the pandemic, she said. One class is nearly full – with 23 students – but the other two classes have six and 10 students, respectively.

“It is a challenge,” Astrom said.

While the grant is beneficial, Astrom said customers returning to the preschool will make the difference going forward.

“We are grateful for any and everything we can have access to, to help keep us going,” she said.

The Airdrie Chamber of Commerce also applied for the grant, according to Executive Director Marilyne Aalhus. In light of the pandemic, she said people are obviously looking for financial support.

“We were really pleased to see that the provincial government was tending to that and wanting to support businesses,” she said.

“It’s definitely not going to solve all problems,” she said. “But it is definitely a small way to at least assist businesses with some of those financial burdens they may not have otherwise had.”

Applications for the grant will be accepted until Aug. 31 or for four weeks following the start of Phase 3 of Alberta’s Relaunch Strategy – whichever is later.