May is Motorcycle Safety Awareness Month, and police in Alberta are taking the opportunity to remind motorcyclists and other motorists to share the road.
May 22, 2020 10:00 AM By: Ben Sherick 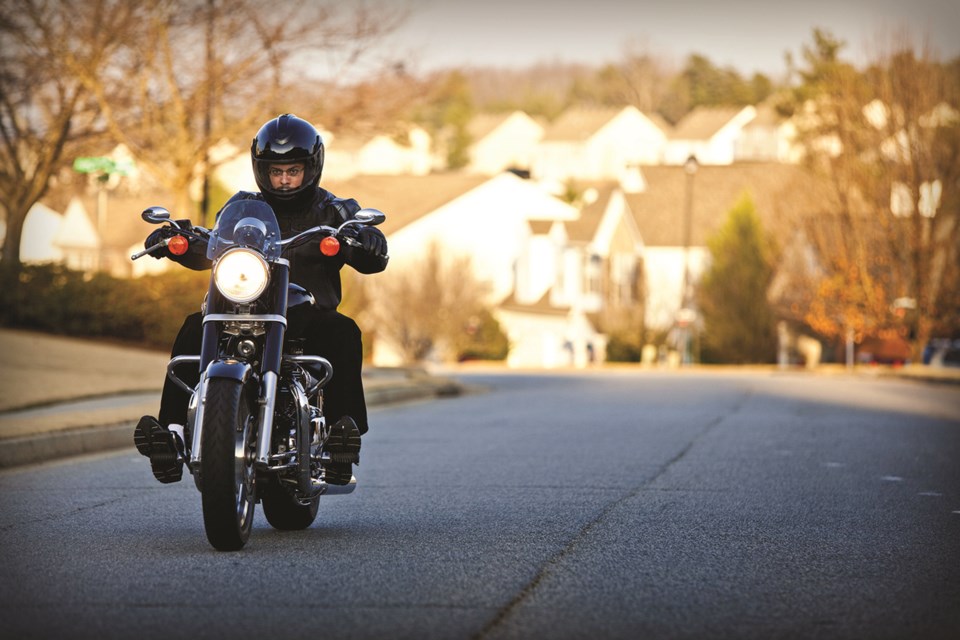 During Motorcycle Awareness Month, RCMP is advising motorcyclists and other drivers to share the road. Photo: Metro Creative Connection

May is Motorcycle Safety Awareness Month, and police in Alberta are taking the opportunity to remind motorcyclists and other motorists to share the road.

“As warm weather brings out more motorcyclists on the roads and highways across the province, we are encouraging motorcyclists to adopt safe driving behaviours that reduce the risk of collisions,” said Cpl. Ronald Bumbry with Alberta RCMP Media Relations.

All vehicle collisions are a concern for the RCMP, Bumbry said, but collisions involving motorcycles are a special case, as there is a greater risk of a serious or fatal injury.

“With a motorcycle, you’re not enclosed, whereas you have a roof over your head or doors around you in a larger vehicle,” he said. “You’re exposure to the elements and other vehicles is higher. As a result, these collisions tend to be more serious in nature.”

According to Bumbry, 17 fatal motorcycle accidents were recorded in Alberta RCMP jurisdictions last year – a number he called “way too high.”

Bumbry shared a number of tips for motorcyclists to ensure they are travelling safely. First and foremost, he said, they should always wear protective equipment when venturing out on the road.

“Their head, face and chin experience the biggest impact in regards to collisions,” he said. “It’s very important to wear a helmet and other comfortable and weather appropriate protective gear such as eye protection, maybe a durable jacket, pants and gloves.”

“These vehicles tend to go a little bit quicker on a very short distance,” Bumbry said. “Being cognizant of your speed as a motorcyclist is very, very important. If you are speeding, it does not give other vehicles enough time to do various manoeuvres, and they may not hear you coming.”

When passing other vehicles, he added, motorcyclists should ensure they are doing so safely and not at high speeds, which increases the risk of collision.

For newer motorcyclists, Bumbry recommended practicing on less busy routes before travelling on the highway or other heavily congested roads.

Motorcycle safety is not only the responsibility of motorcyclists, Bumbry said. Other drivers should make sure they are sharing the road and pay attention for motorcyclists. While loud, motorcycles are smaller and not as visible as other vehicles.

“Be cognizant of those vehicles, because any quick lane change or improper lane change…that could definitely be a danger to somebody who is riding a smaller motorized vehicle and could cause extensive injuries,” he said.

Bumbry said some collisions involving motorcycles are caused when another driver makes a left-hand turn on short notice and without shoulder checking. Motorcyclists in the blindspot may not have time to react.

“If there’s a motorcycle following them, they don’t have enough time to move or dodge that vehicle,” he said.

Bumbry said always execute turns safely and with ample notice to others on the road, especially if you can hear a motorcycle nearby.