RCMP is urging the public to look out for their neighbours after a delivery of items valued at approximately $800 was stolen from the doorstep of a home in Coopers March 3, according to Airdrie RCMP Media Liaison Constable Francine Hennelly.
Mar 10, 2016 12:00 AM By: Airdrie City View 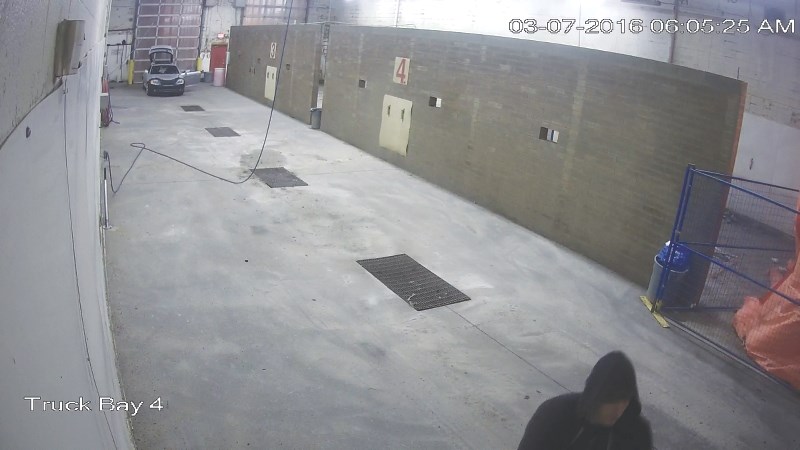 A male suspect is wanted in to connection with a March 7 break and enter at East Airdrie Truck and Car Wash on East Lake Crescent.

RCMP is urging the public to look out for their neighbours after a delivery of items valued at approximately $800 was stolen from the doorstep of a home in Coopers March 3, according to Airdrie RCMP Media Liaison Constable Francine Hennelly.

“The complainant advised that she left her residence for a very brief period. She was expecting a delivery and when she came home, she found there was nothing. She made some inquiries to the delivery company and found out they had indeed delivered the items,” Hennelly said. “It’s believed someone may have been watching her house or just saw the delivery being made and utilized that opportunity (to steal the items).”

According to Hennelly, the resident was away from her home from approximately 10:30 a.m. until 12 p.m. The stolen products are described as storage and organizational bins, as well as bags and women’s accessories, all bearing the Thirty-One Gifts brand.

The crime of opportunity has RCMP asking residents to be careful when having items delivered to their homes.

“We can all help each other out by keeping an eye on each other’s homes,” Hennelly said.

An early morning break and enter at East Airdrie Truck and Car Wash on East Lake Crescent has RCMP looking for a male suspect, Hennelly said.

At approximately 5 a.m., the man drove up to the business, pulled into a wash bay and then forced the door to the office open.

“Once inside, the suspect stole a cash register containing an undisclosed amount of cash,” Hennelly said.

RCMP describes the suspect as Caucasian, tall with a slim build and wearing a black hoodie and blue jeans. The car is a silver 2000 to 2008 model Hyundai Tiberon with a sunroof and a rear spoiler. Hennelly said the license plate had been removed from the vehicle and RCMP believes a second man – who did not exit the vehicle – was in the passenger seat.

A man is wanted by RCMP after he allegedly stole a large glass display mug from the A& W/Petro-Canada on CrossIron Boulevard Feb. 26.

“The suspect utilized a tool to remove a chain that was holding the mug onto the counter,” Hennelly said. “He concealed the mug in his A& W paper bag and left the gas station in an older model Ford F-150 pickup truck.”

The suspect is described by RCMP as Caucasian with an average build and sleeve tattoos on both arms. He was wearing a baseball cap, navy short sleeve plaid shirt and blue jeans.

Hennelly said RCMP is asking for the public’s help to solve a crime committed between Feb. 12 and 15 during which a catalytic convertor was stolen from a 2014 Ford F-350 pickup truck

“The vehicle was parked on Kingsland Close. It is a company vehicle so it was parked over the weekend and that’s when the catalytic convertor was stolen,” Hennelly said.

“The catalytic convertors are valued at $7,000 so we would really like to solve this investigation. We’re looking for the public’s assistance to help us develop any leads.”