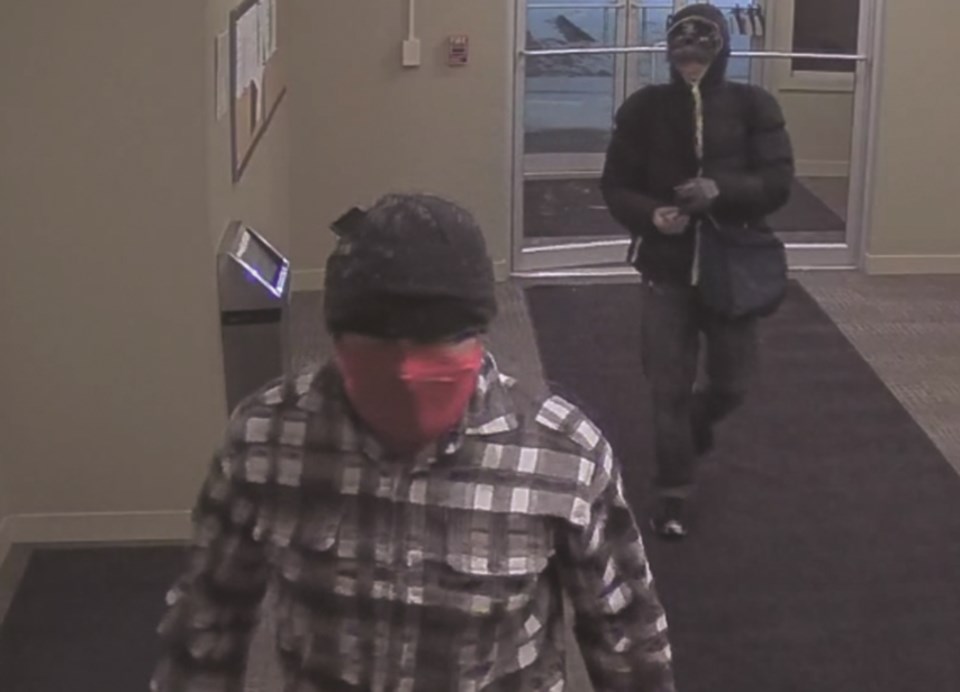 Airdrie RCMP is looking for the man in the checkered coat, suspected of stealing two vehicles Feb. 7 or 8. Photo Submitted

Airdrie RCMP is asking for assistance from the public in identifying a men police believe are responsible for the theft of a vehicle and multiple incidents of theft and mischief.

The vehicle was was driven into the parkade of a building complex in the Mackenzie Way neighbourhood, just before 3 a.m. Feb. 8, according to police. There, the suspects are alleged to have proceeded to damage property and steal items from multiple vehicles.

"The suspects then departed the scene in a grey 2004 GMC Safari, which they stole from the parkade," the RCMP press release stated.

While one suspect has been arrested, according to the RCMP, the other man remains at large. He is described as wearing a grey-and-white checkered winter coat, with a red bandana over his face.

If you have any information regarding this investigation or can identify the suspect, contact Airdrie RCMP at 403-945-7200 or your local police. To remain anonymous, you can contact Crime Stoppers at 1-800-222-8477 (TIPS), P3Tips.com or by using the "P3 Tips" app available through the Apple App or Google Play Store.