Alberta NDP leader Rachel Notley was in Airdrie on April 23, and the Airdrie City View editorial team had the opportunity to interview the former premier.

Notley took questions about the possibility of a hospital for the city, a lack of sufficient ambulance coverage in Airdrie and the NDP’s position on the government’s vaccine distribution program, among other topics.

Regarding an occasional lack of ambulance availability in Airdrie – something union leaders say is the result of a “resource drain” from small communities to Calgary – Notley claimed the issue is the result of the Alberta government not matching health-care funding to inflation or population growth.

“Going forward, we know this government plans to spend less on ambulances next year. They're going to flat-line and then slightly dip their ambulance investment. That's going to create more problems, not fix them.” 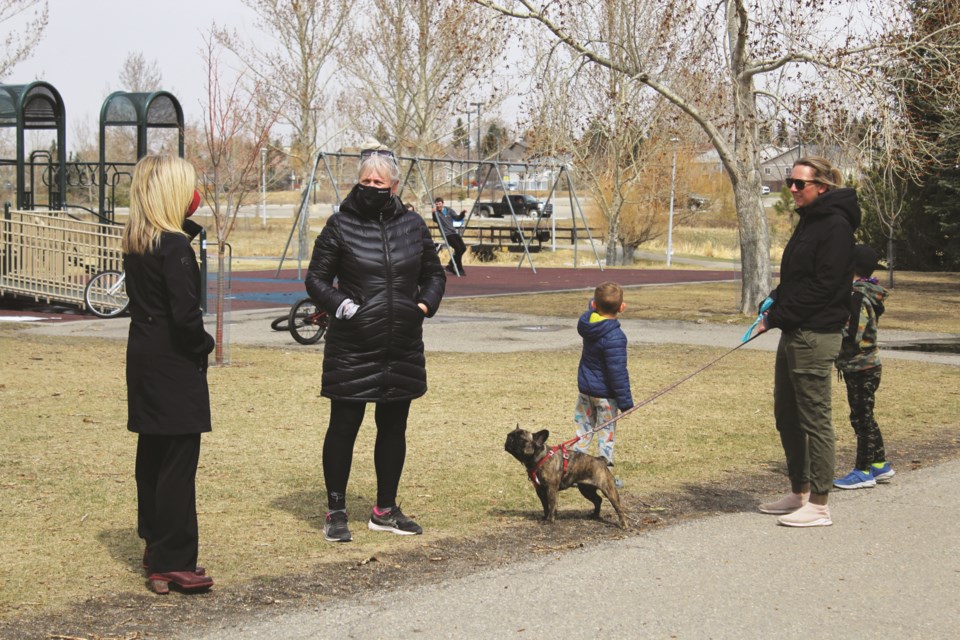 Notley claimed that if the NDP is elected again, the party would re-implement the Hospital Emergency Liaison Officers (HELO) program to help mitigate the issue of ambulance coverage in rural areas and Calgary’s bedroom communities. She said HELO staged officers at hospitals, so paramedics could hand over their patients upon arrival and get back onto the road quicker.

“What's been happening with the cancellation of the HELO program is that we're back in that old situation where the paramedics have to stay at the hospital, sometimes for hours, waiting for their patients to be admitted,” she said. “They're stuck in a downtown Calgary hospital instead of being back out here in Airdrie or other places, where they can be responding to calls.”

Regarding the possibility of a future hospital in Airdrie, Notley said that kind of large-scale capital project would have to be made as an evidence-based and demand-driven decision at the government level. She said she hasn't been privy to those discussions and decision-making processes since the NDP was voted out of power in 2019.

She likened Airdrie’s health-care situation and need for a hospital to Red Deer, where the restructuring and expansion of that city's regional hospital is slated to begin this year, according to a report from the Red Deer Advocate.

“I certainly hear anecdotally from folks that Airdrie is a very young city and the birth rate is through the roof,” Notley said. “A lot of young families – in particular, pregnant moms – don't like the idea of having the Deerfoot between them and emergency obstetric care. That's certainly an issue I'd want to put to experts, but I couldn't make a full-on commitment without having the best evidence.”

Notley did not criticize the UCP’s vaccine distribution program, saying everyone in Alberta's government and health-care sector is working hard to ensure vaccines can be doled out as quickly as possible.

“We're a bit behind where we should be...but overall, I think everyone is working very fast to get vaccines out the door,” she said. “I think we've seen some successful work by handing it out to pharmacies as well, as well as growing this central booking. It hasn't been perfect, but we're trying to do a lot very fast.”

One criticism Notley had of the government’s vaccine rollout was the cancellation of an immunization program for workers at the Cargill meatpacking plant in High River – a decision the government said was based on a lack of consistent supply of vaccine doses from Moderna. Reversing that cancellation on April 26, Premier Jason Kenney and Health Minister Tyler Shandro announced more than 15,000 workers at all federal and certified meat plants in the province are now eligible for vaccinations.

Regarding the NDP’s health-care priorities, Notley said the plan if the party is re-elected to power would be to restore funding. She claimed the last two years have seen a “sustained attack” from the government on Alberta’s health-care sector.

Before the NDP was voted out, she said the party was trying to bend the cost-curve of health-care, noting the funding for health-care was rising at unsustainable levels.

“We were trying to create certainty and predictability among all of our health-care providers and stakeholders,” she said. “We were bending the cost curve so we could get the rate of increase to essentially match population and inflation. That's an important thing to do.

“At the same time, we need to work in partnership with frontline health-care providers to ensure they can provide the work they need to do without always being under attack.”