With spring bear hunting season set to open April 1, wildlife biologist Lisa Dahlseide is urging the province to reassess policy that restricts the rehabilitation of large wildlife.
Mar 29, 2018 12:00 AM By: Jessi Gowan 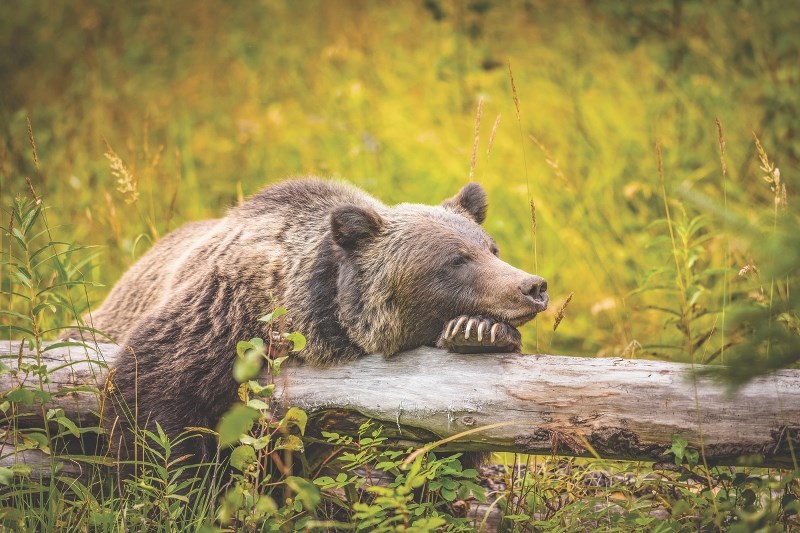 Thousands of concerned Albertans are urging the province to reassess limitations that were placed on the rehabilitation of large wildlife in 2010.

With spring bear hunting season set to open April 1, wildlife biologist Lisa Dahlseide is urging the province to reassess policy that restricts the rehabilitation of large wildlife. According to Dahlseide, bear hunting leaves many cubs injured or orphaned – and current policy bans rehabilitators from helping these animals survive.

“There are a lot of orphaned bear cubs that the government euthanizes,” she said. “In 2015 alone, they reported killing 24 black bear cubs and three grizzly bear cubs – and that was unnecessary, because they could have just given them to us.”

The issue was brought to the public’s attention last fall, when an injured black bear named Russell was spotted living in a field near Highway 22 and Springbank Road. Dahlseide, who has been working for the past eight years to change the ban on large wildlife rehabilitation, got involved and helped develop an official petition signed by more than 3,000 Albertans to present to legislature.

“So many people were drawn to this situation and it really brought a lot of people together,” she said. “It made people aware of these bans, especially the ban on bears, which is one of the main species we’ve been fighting for.”

According to Dahlseide, the Alberta Wildlife Act states all wildlife rehabilitation facilities that receive a permit are required to accept all injured, orphaned or diseased animals that would otherwise be incapable of surviving on their own. However, in 2010, a schedule came attached to those permits with four new terms and conditions – including a list of species that were banned from rehabilitation.

Alberta Environment could not be reached for comment by press time, but according to Dahlseide, the ban was based on an “opinion.”

“The opinion back in 2010 was that these animals posed a risk to human safety, either through being habituated or through disease transfer,” she said. “But they have no science or data, not even a single example to support this. There’s zero evidence that these species pose a risk.”

Additionally, Dahlseide said, bears need protection. Grizzly bears are already identified as a threatened species, and the last official estimate of the black bear population in Alberta was in 1993. Since then, Dahlseide said, the bears have experienced “exponential” loss of habitat, and the government increased the number of hunting tags released each year.

“Basically, they’re taking away from a population when they have no idea how many animals there actually are,” she said. “And by killing the orphaned grizzly bear cubs, it’s actually going against the federal law that is in place to protect the species.”

According to Dahlseide, the government has reviewed the policy regarding the banned species and is willing to allow for the rehabilitation of bear cubs – but first, she said, it wants to prepare protocol to guide the practice.

“The protocols for the rehabilitation of bears has been prepared many years ago by wildlife rehab groups,” Dahlseide said. “Our Alberta protocols are some of the best – it’s been written and prepared by experts. They should be putting their stamp of approval on this and getting it done very quickly, but instead, they are taking their time and I’m quite concerned that we’re going to lose lives as a result.”

With the clock ticking down the hours until the spring bear hunt begins, Dahlseide said while she is grateful the government is willing to review the policy, the process needs to happen faster. Especially, she said, since it was a “non-issue” prior to 2010.

“It’s a policy, not a law – there’s no reason for it to take so long,” she said. “It’s unethical, unnecessary, and it needs be changed.”