Sturgeon County's Rosales family had no choice but to send their children back to in-person classes.
Sep 10, 2020 12:15 PM By: Jennifer Henderson, Local Journalism Initiative reporter 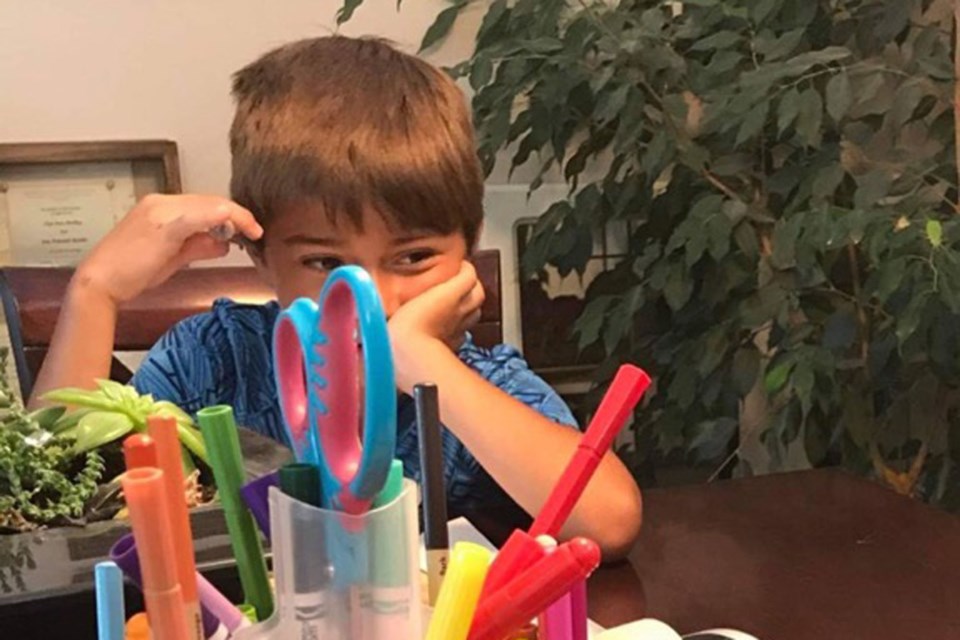 A lack of internet access in rural areas is creating a pressure point for parents who want to opt-in to online learning for their children. LISA ROSALES/Photo

Rural parents are frustrated and feeling left behind as poor internet connections make working and learning from home impossible.

Lisa Rosales and her family live in Sturgeon County. When the COVID-19 pandemic hit, they found they couldn’t even get an internet provider to give them service, stalling efforts to learn and work from home.

The Rosales family moved out to the Calahoo area more than 10 years ago and never needed an internet connection at home. That all changed when schools closed and her two children were suddenly homebound.

“Our kids were sent home and we had no means to teach them,” Rosales said.

Rosales reached out to companies in her area but was denied an internet connection because the only tower nearby is full. The family had no choice, though – internet had become a necessity in order to teach their kids from home. They found themselves having to make do by using their cellphones as internet hotspots for their computers.

At the end of the last school year, Rosales and other families in the area had to get a paper curriculum sent to them rather than be able to connect online. The mom said the lack of availability of internet in the area, combined with bad cellphone reception, has caused a lot of stress and anxiety.

That lack of connectivity also means that the Rosales family and others in their area who experience the same problems are forced to send their children to school in-person this year instead of opting for online learning, contributing to bigger class sizes and less ability to physically distance.

“It's not acceptable and it raises the anxiety level because of the fact that we are forced to have to send our children to school in full capacity, because some of the students can't stay home online,” Rosales said.

Rosales is not alone in her frustration over the internet in rural Alberta. The Gazette heard from more than 60 rural residents, all documenting the terrible internet service they get and how it negatively impacts their lives.

John Lobo, principal of the Onoway Junior and Senior High School and a rural resident in the area, said the internet in the school itself is great, but just several minutes away the connections deteriorate quickly.

Lobo said for some reason in the area around Onoway, the internet connection improved during the end of the school year last year – but teachers and staff also considered poor internet connections when they were putting together their online school plans.

“Most of us have pretty poor internet connections,” Lobo said, adding the teachers put together schedules that required kids to be online for a limited amount of time each day, which seemed to work for rural residents.

Lobo said he didn’t hear much feedback from parents about children struggling to do online learning because of their internet connections.

Dave Birchill, a resident in the Lac Ste. Anne area said after suffering from bad internet for over a decade, the issue makes him feel less important than urban dwellers.

If rural residents have a clear sight line to the towers, their internet is much better, but the further away people are the worse it gets.

Cell service is abysmal in many areas in rural Alberta, Birchill added.

Making the situation worse is the fact rural residents pay the same fees each month as urban residents for poorer service. Online shopping, online learning and online post-secondary education are rendered near impossible, he noted.

Dane Lloyd, MP for Sturgeon River-Parkland, who served on the federal Industry, Science and Technology Committee to analyze and make recommendations on rural broadband internet access, said he has heard from residents all across his riding for years that the internet causes them a lot of frustration.

“It’s a huge frustration. The big telecoms right now, they're investing a lot of money into their 5g and they have to upgrade all the 5g in the cities, so that's where the bulk of their investment is going. And so the rural areas are being left behind. And the government's not stepping up to the plate. They're dragging their feet, and it's the rural areas that are suffering,” Lloyd said.

The MP said if the country wants rural communities to be sustainable, they need to have access to the minimum standard of internet. The federal government has committed to doing that by 2030, "but unless we're investing now, we're not going to see it happen,” Lloyd said.

While urbanization is a worldwide trend, having healthy and sustainable rural communities is essential for the country, Lloyd said, which means the government needs to invest in ensuring rural residents have critical utilities and infrastructure, including internet access.

The pandemic has highlighted the need for rural internet more than ever before, he added.

The emerging area of telehealth is leaving rural residents who don't have a strong connection behind and vulnerable people who may not want to travel during the pandemic are forced to drive into populated areas to get services rather than access them online.

Beyond keeping up with health trends, rural residents are also left out of the emerging new economy. If rural residents can’t access Facebook Marketplace or Amazon, they lose an avenue to sell goods or get goods delivered.

The federal government has had its eye on upgrading rural internet access and plans to speed up the strategy to increase high-speed broadband coverage in rural Canada.

In May, a spokesperson for Rural Economic Development Minister Maryam Monsef told CBC the government was consulting with telecommunication providers, rural municipalities and others about how best to move up plans to improve access to high-speed Internet in rural and remote communities.

"The current crisis has reinforced the fact that high-speed Internet access is no longer a luxury," said Marie-Pier Baril in a statement to CBC News.

The spokesperson said all options are on the table, although timelines are unclear.

“We recognize the urgency and we recognize that this is also a big part of supporting our economy post-pandemic," Baril said.

Since the pandemic hit, many Canadians have been working from home or using the internet for entertainment, which has been pushing the limits of the current internet capacity in the country.

A recent CRTC study found as few as 40.8 per cent of Canadian households have access to high-speed broadband internet.

But increasing internet access across the country would be pricey. Some estimates peg the cost to get high-quality broadband internet at $5 billion.

The CRTC declared broadband internet a basic telecommunications service in 2016.