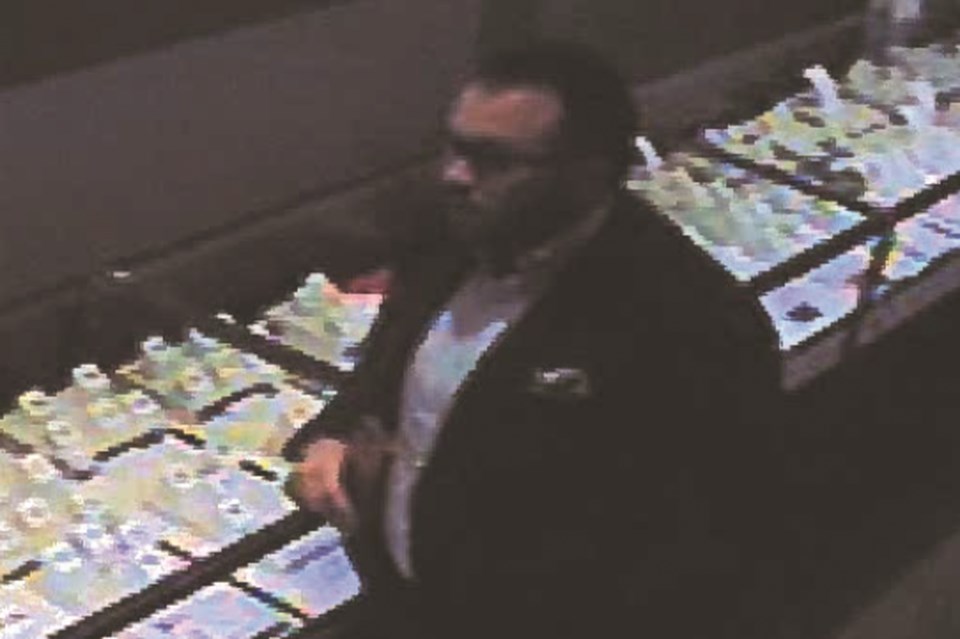 Airdrie Rural RCMP are searching for this man who impersonated a police officer at CrossIron Mills mall. Photo Submitted

Airdrie Rural RCMP are attempting to identify a man that impersonated a police officer at CrossIron Mills mall on Feb. 14.

According to a Feb. 26 press release, the man entered a business at the mall around 7:15 p.m. and identified himself as a Calgary Police Service Officer to an employee, stating his name was Jason Stuart and giving a police badge number.

"RCMP have confirmed with CPS that Jason Stuart is not a police officer with the force and the badge number was false," the release stated.

The suspect is described as Caucasian, standing approximately five-foot-nine and weighing 185 pounds. He had sandy blonde hair and was wearing black glasses, tan coloured dress shoes, navy pants, a patterned button-down shirt and a sport coat.

Anyone able to identify the suspect or with information on this investigation is asked to call Airdrie RCMP at 403-945-7200 or your local police. To remain anonymous, contact Crime Stoppers at 1-800-222-8477 (TIPS), P3Tips.com or by using the "P3 Tips" app available through the Apple App or Google Play Store.