A medical marijuana production facility near Balzac is one step closer to becoming a reality – but the developers will need to work with Rocky View County (RVC) administration and affected neighbours to address potential odour issues before the item
Jul 31, 2018 12:01 AM By: Ben Sherick 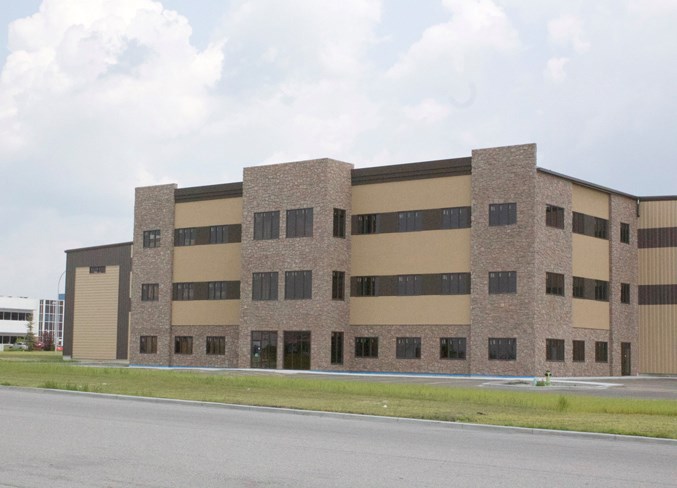 A medical marijuana production facility near Balzac is one step closer to becoming a reality – but the developers will need to work with Rocky View County (RVC) administration and affected neighbours to address potential odour issues before the item returns to council this fall.

Council gave first and second reading to a site-specific amendment to a Direct Control (DC) bylaw at a regular meeting July 24 that will pave the way for the development, despite an initial recommendation from administration to refuse the application.

According to planning supervisor Matthew Wilson, administration reviewed the application – which would see the facility housed in a light industrial area east of Range Road 292 in the Wagon Wheel Industrial Park – and found it conflicted with a nearby land use.

“While the proposed use is generally consistent with the intent of the Balzac East Area Structure Plan (ASP), it does require a 400 metre (m) separation distance from school sites established under the Land Use Bylaw,” Wilson said.

He noted two nearby facilities – a driver training school and a dance studio – are designated “school, private” sites and are located within 30 m west of the proposed site, prompting the recommendation for refusal.

Joel Mandrek, who spoke on behalf of the applicants Grow Capital Partners Inc. and Auxly Cannabis Group, said the operation would be regulated by Health Canada, which maintains a strict no-odour standard for this type of facility.

“It’s a closed-loop system,” he said. “There are no odours or emissions from these facilities. This is a very, very, very clean operation. We are not introducing or expelling air into the outdoor environment.”

If the facility emitted odours, Mandrek said, Health Canada would shut it down.

According to Mandrek, the constructed – but unoccupied – building perfectly suited the applicants’ needs, and said they did not consider sites in other industrial areas of RVC.

“The thing that makes this site so exciting is the speed and access to market,” he said. “There is a bit of a land race right now, in terms of these facilities trying to get up and operational. Health Canada has a mandate to try to supply this new market with product and eliminate the illegal black market. We simply don’t have time, at this stage, to go back and look at another site for this size of facility.”

Additionally, Mandrek said, the building would be highly secure and discreet – erasing concerns about crime.

Despite Mandrek’s assurances, concerns about smell were brought up during the public hearing. Hugh Ham – a barrister and solicitor representing the nearby dance studio – said his client worried odour from the facility would impact students in attendance at the building and cause the loss of contracts with schools.

“The material that we found, which was online and I checked to make sure were reputable sources, reputable newspapers…indicates that marijuana grow ops produce a stench that is barely bearable,” he said.

Ham concluded by adding if it was demonstrated the facility would produce no nuisance, there is potential it could be a good neighbour.

“When it comes to the smell, the applicants addressed everything – and if anything goes south after that, I believe Health Canada will be more than willing to step in and help out,” he said. “I just can’t see a downside to this.”

The motion was carried 5-3 with Couns. Crystal Kissel, Samanntha Wright and Kevin Hanson opposed. Deputy Reeve Jerry Gautreau was absent from the meeting.

“If we do approve this eventually, we’re basically erasing that setback to zero. That may be an unintended consequence that we want to think about,” Hanson said.

“I find it hard to believe that we only identified one property as suitable, that happened to be in the heart of our light industrial and commercial area, for what is definitely more of a potential full-on industrial operation. I would have liked to see a little more evidence that this was the only option.”

Kissel, Wright and Hanson also opposed second reading, which was carried 5-3. After Henn’s motion to consider third reading of the bylaw – which requires a unanimous vote and failed due to opposition by Kissel, Wright, Hanson and Reeve Greg Boehlke – he moved the matter be brought back to council at its Sept.11 meeting after odour concerns are discussed. That motion carried 7-1, with Coun. Al Schule opposed.