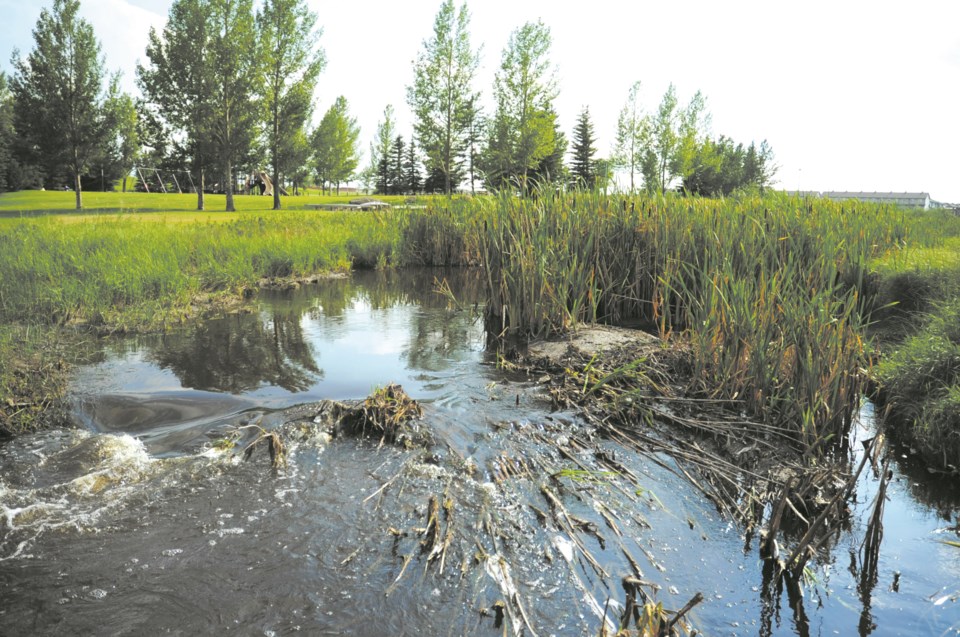 A $30,000 grant from Alberta Eco Trust Foundation will enable the Nose Creek Watershed Partnership to create a framework to support the protection and restoration of the watershed. File Photo/Rocky View Publishing

The Nose Creek Watershed Partnership (NCWP) – which includes the municipalities of Airdrie, Crossfield, Rocky View County, Calgary and the Calgary Airport Authority and Bow River Basin Council – received a $30,000 boost from the Alberta EcoTrust Foundation, according to an Aug. 13 release from the City of Airdrie.

“This much needed funding will help us build a model to better understand current watershed conditions and predict future conditions based on growth in the area,” said Jessica Sleeman, NCWP chair.

The funds will, according to the release, enable NCWP to gather and complie data to create the framework which will guide a model to support protection and restoration of streamflows, water quality, riparian areas and wetlands within the watershed.

"The models will be used to better understand urban stormwater impacts on flooding, the stream channel and water quality in the watershed," the release stated.

NCWP formed twenty years ago, according to the release, to "undertake joint watershed planning to address concerns regarding the future condition of Nose Creek.

Alberta EcoTrust Foundation, according to the release, builds partnerships between environmental organizations, corporations and others who support environmental action to fund and support effective grassroots environmental projects, build capacity and sustainability in the voluntary sector, and promote the environment as the foundation of a healthy community. Since 1992, it has invested more than $8.3 million in projects that protect Alberta's natural systems, the release stated.