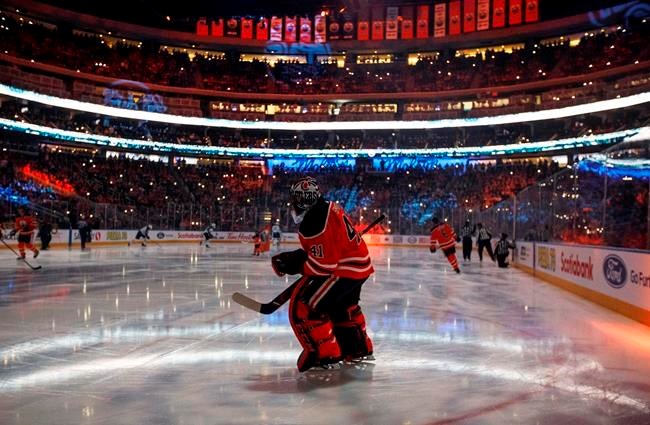 The NHL board of governors and NHL Players' Association have ratified the return-to-play plan and a four-year extension to the collective bargaining agreement, paving the way for the league to resume its pandemic-hit season later this summer in Canada.

As part of the 24-team blueprint to resume the 2019-20 campaign halted March 12 because of COVID-19, Toronto and Edmonton were also officially unveiled as hub cities.

Training camps will open Monday in each team's home market, with clubs scheduled to head to their respective hubs July 26 before games start to count Aug. 1.

Once in Toronto and Edmonton, players will be kept in so-called bubbles — tightly-controlled circles with stringent health protocols and daily testing — separate from the general public in hopes of keeping the novel coronavirus at bay.

The extension of the CBA, which had been set to expire in September 2022, was viewed as a crucial aspect of the return-to-play plan because of the dire economic realities brought on by COVID-19. The new deal runs through at least the 2025-26 season.

"Today, the NHL and the NHLPA announced a significant agreement that addresses the uncertainty everyone is dealing with, the framework for the completion of the 2019-20 season and the foundation for the continued long-term growth of our league," NHL commissioner Gary Bettman said in a statement.

NHL executive director Don Fehr said the agreement was "a meaningful step forward for the players and owners, and for our game, in a difficult and uncertain time."

The second phase of the NHL draft lottery will be Aug. 10, with the eight losing teams in the play-in round entered to determine who gets the first pick in the NHL draft, tentatively scheduled for Oct. 9-10.

The last possible day of the Stanley Cup final is Oct. 4.

This report by The Canadian Press was first published July 10, 2020.