In his annual State of the City address, Mayor Peter Brown reminded Airdronians "we're all in this together" as the city continues to address the impacts of the unprecedented COVID-19 pandemic.
Jun 30, 2020 7:00 AM By: Kate F. Mackenzie 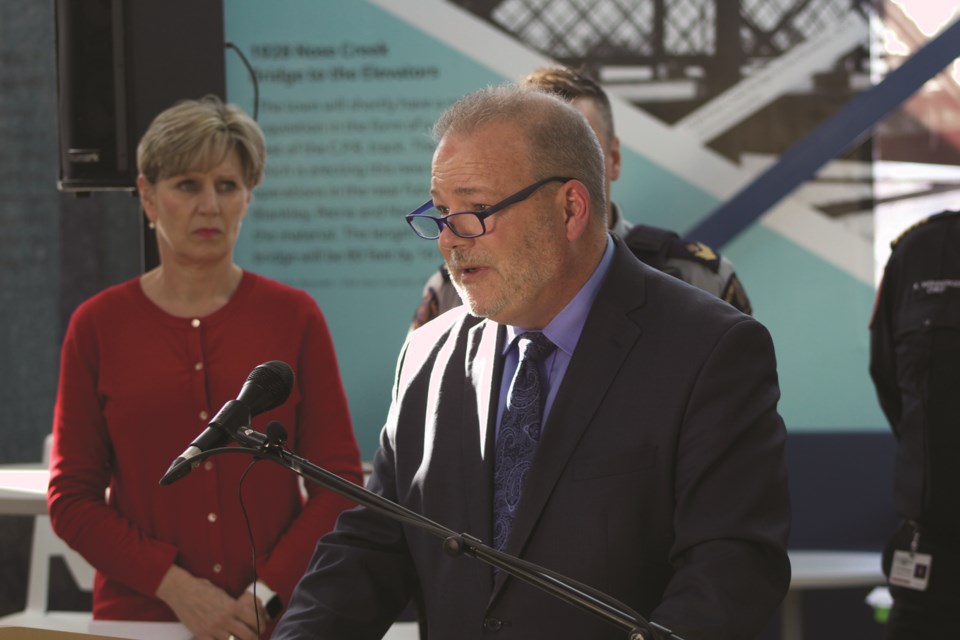 In his annual State of the City address, Mayor Peter Brown reminded Airdronians "we're all in this together" as the City continues to address the impacts of the unprecedented COVID-19 pandemic.

During his speech – which was delivered via video June 25 – Brown said the City is facing a nearly $3.5 million shortfall as a result of the pandemic, which will be covered by reserves.

"We're well situated right now,” he said. “But long term, it depends on how this all unfolds. That's why I think it's really important for everyone...to be vigilant. We need to stop the spread of the virus so that we can get back to business."

During the pandemic, Brown said, Airdrie’s business community has been significantly impacted.

"I personally can't even imagine the stress of letting people go, the stress of dealing with lack of sales or having to close your restaurant or daycare, whatever situation you're in," he said. "We will never fully comprehend the stresses and challenges...of life through the last three months. We can only say…we're here to support you in any way we can."

Brown highlighted airdrie.ca/businessresouces, which provides local businesses with updated information on how to operate safely to protect both the public and employees.

Community infrastructure has also been impacted by COVID-19. Projects like a new library facility, a fourth fire hall and a second recreation centre are planned for the future, but Brown said the pandemic has placed everything on hold.

“Based on COVID and based on budget restrictions and the uncertainty of the future, these items are all sort of in the air at the moment," he said. "Hopefully, we'll have more certainty as we move forward throughout this year and going into 2021."

Public engagement is another priority, Brown said, and the City is trying to garner feedback from new individuals who haven’t participated in the past.

"We're getting the same people commenting on the information, and honestly, we thought that there was a better way," he said.

Although planned door-to-door and citizen engagement opportunities were interrupted by COVID-19, Brown said the pandemic has encouraged residents to be "digitally" closer to the City. He said there has been an increase in people visiting airdrie.ca and signing up for a myAIRDRIE account.

"Once this arena opens up, and we can start to see some light at the end of the tunnel, you're going to see a lot more of our communication teams out there," Brown said. "They'll be hosting workshops, there will be multiple events throughout the city, and [they’ll be] looking for feedback on how we, the City, can best connect with our residents."

"Council has budgeted $30.4 million for this year, in order to get that done," Brown said. "The project's estimated costs are around $70 million."

Additionally, $10.1 million is allocated for an on-ramp and an off-ramp connected to the 40th Avenue project. The City would pay the difference, Brown said.

In order to get the 40th Avenue project finished, a railway underpass along Yankee Valley Boulevard has been put on hold, he said.

In terms of affordable housing, Brown said the City has not been “excessively successful.”

Airdrie currently has 44 affordable housing units, Brown said, but previous studies show a need for more than 1,000 units for a city of its size.

"People coming to Airdrie – whether it's our great restaurants or whether it's specialty products – we wanted to create something that people would see as a viable, walkable, beautiful place to come," Brown said.

He expects an administrative report in the third quarter of the year to be "very fulfilling" and provide "direction on how we can proceed, of course, in partnership with all of our businesses in the downtown core."

Attracting, retaining and growing business was the last priority Brown discussed. He said there's lots of competition in "the arena of attracting business," and Airdrie has "done a very good job to date."