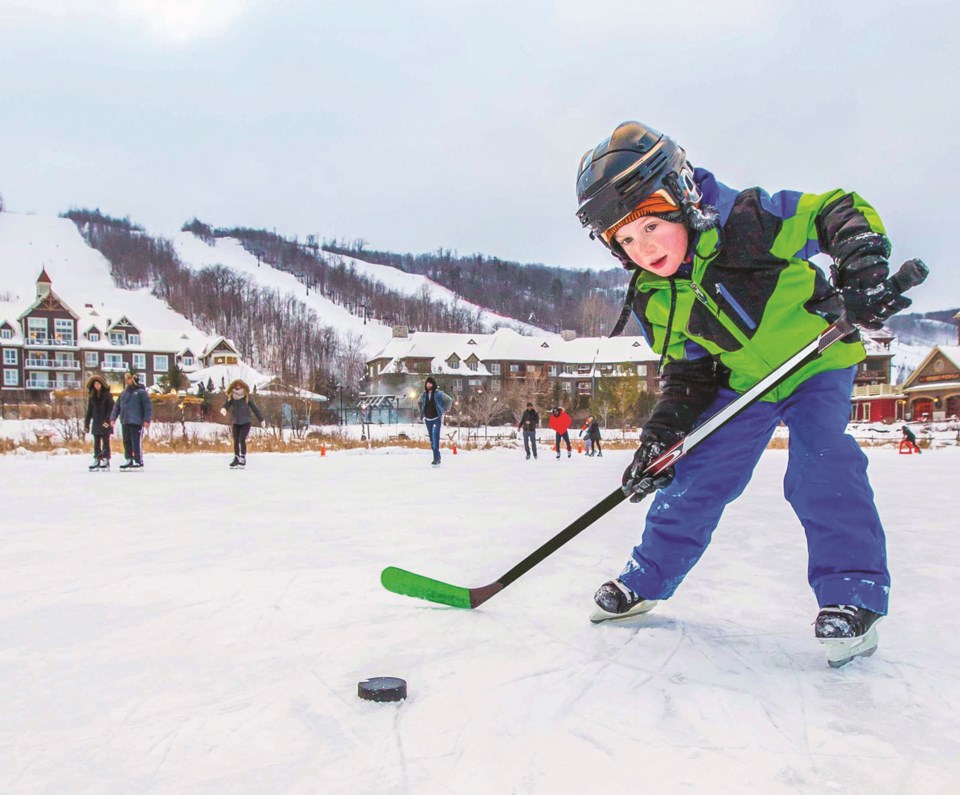 Airdrie City council discussed a potential new bylaw that would require children up to the age of 12 to wear helmets at outdoor rinks and skateboard parks. Photo: Metro Creative Connection

Airdrie City council is considering implementing a new bylaw that will make it mandatory for children up to the age of 12 to wear helmets at outdoor rinks and skateboard facilities operated by the municipality.

Currently, children under 12 years of age are required to wear helmets during indoor public skating, said City clerk Sharon Pollyck – a requirement that is monitored and enforced, since those facilities are staffed. Any ice time that uses equipment, like sledge hockey or shinny, also requires helmets.

However, administration was directed to research the possibility of expanding this to other facilities following a council decision in May 2019, when a resident spoke at a regular meeting with concerns regarding the potential for serious head injuries.

While Pollyck said staff were unable to find a municipality in Alberta that legislates helmets outside of those required under the Traffic Safety Act for bicycles, motorcycles and off-highway vehicles, research shows more people choose to wear bike helmets where mandatory helmet laws are in effect, with injury rates around 25 per cent lower than in areas without this legislation.

“Increased use of helmets could lead to a decreased demand in Airdrie’s urgent care facility, and feedback from RCMP indicates agreement that mandatory helmet use will make residents safer,” she said.

From the perspective of insurance and risk, Pollyck said, the City does its due diligence by posting signage at outdoor facilities informing the public of the potential risks of foregoing a helmet. However, should council decide to implement a bylaw, the municipality’s exposure to liability increases “significantly,” she said, as due diligence will be defined differently.

“Research has not been completed at this time to clarify the type of enforcement that would be required,” she said. “In terms of managing risk, the better preventative method is to raise public awareness through signage and education, and allow parents to enforce helmet use.”

The cost to install signage would come to approximately $6,000, which Pollyck said can be accommodated within existing budgets. An education campaign (with positive ticketing, advertising and other communications) would increase this cost to $22,000, while drafting a bylaw (either age-specific or inclusive) would add an expense of around $130,000.

However, as Municipal Enforcement is not a 24/7 service, Pollyck added, a new bylaw would also impact Airdrie RCMP.

“Proactive enforcement would require the addition of one peace officer at an estimated cost of approximately $109,000 (including benefits),” she said. “Even with additional resources, the ability to focus on traffic safety and BOLOs would be reduced.”

Additionally, staff indicated other questions need to be addressed – would children and youth be charged a fine? Or would this fine be charged to parents? Council also wondered if the requirement could be presented as “conditions of use” rather than an actual bylaw in an effort to reduce the municipality’s liability, as well as whether the City should focus instead on lobbying the province for related legislation.

“I struggle with us having to lead the way in something like this. I think this should be – just as it is provincially with bicycles – this should be a provincial statute, and not necessarily a bylaw,” said Coun. Kelly Hegg, adding he felt the yet-unanswered questions made it hard for council to make a decision.

He suggested the item be tabled until staff can report back with additional information and Couns. Ron Chapman and Tina Petrow (who were absent from the meeting) can provide input. A motion to that effect was carried unanimously.