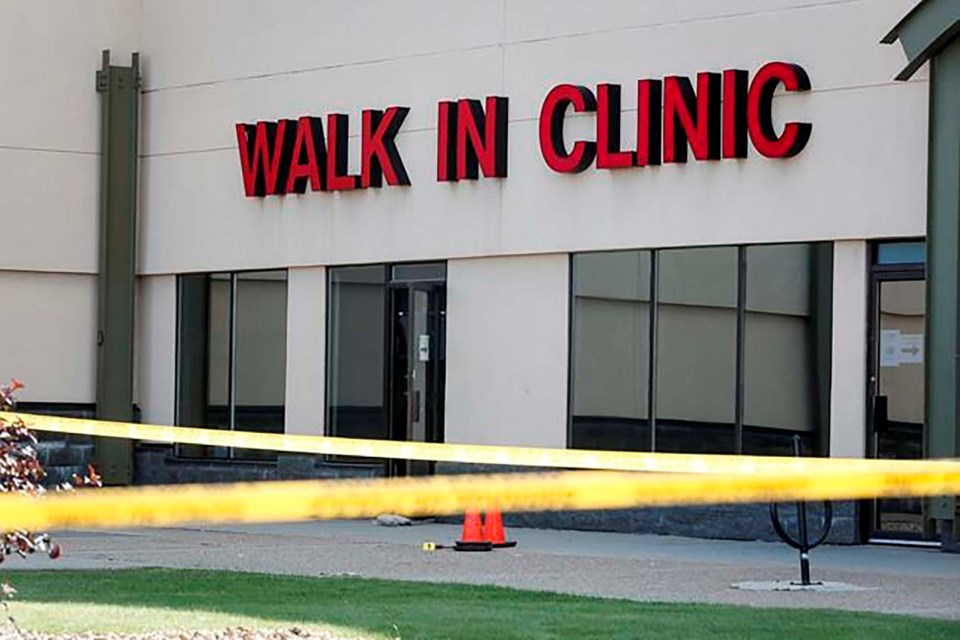 A physician died after he was attacked in an examination room at the Village Mall walk-in clinic in Red Deer, Alta., Monday, Aug. 10, 2020. THE CANADIAN PRESS/Jeff McIntosh

RED DEER, Alta. — A man accused of killing a family doctor at a walk-in clinic in central Alberta appeared confused at his first court appearance, saying he doesn't remember and is sick.

Deng Mabiour of Red Deer, Alta., faces a charge of first-degree murder in Monday's death of 45-year-old Dr. Walter Reynolds, as well as other offences.

The 54-year-old appeared via a video link but wasn't able to tell the judge if he understood the charges laid against him.

Mabiour kept demanding the judge listen to him and said he wants a doctor.

The matter was set over to Sept. 9.

The RCMP say it was not a random attack and the two men knew each other through the clinic.

This report by The Canadian Press was first published on Aug. 12, 2020