Many local businesses are feeling the wrath of the COVID-19 pandemic in Airdrie, including Good Earth Café in northwest Airdrie.
Jan 12, 2021 5:45 PM By: Jordan Stricker 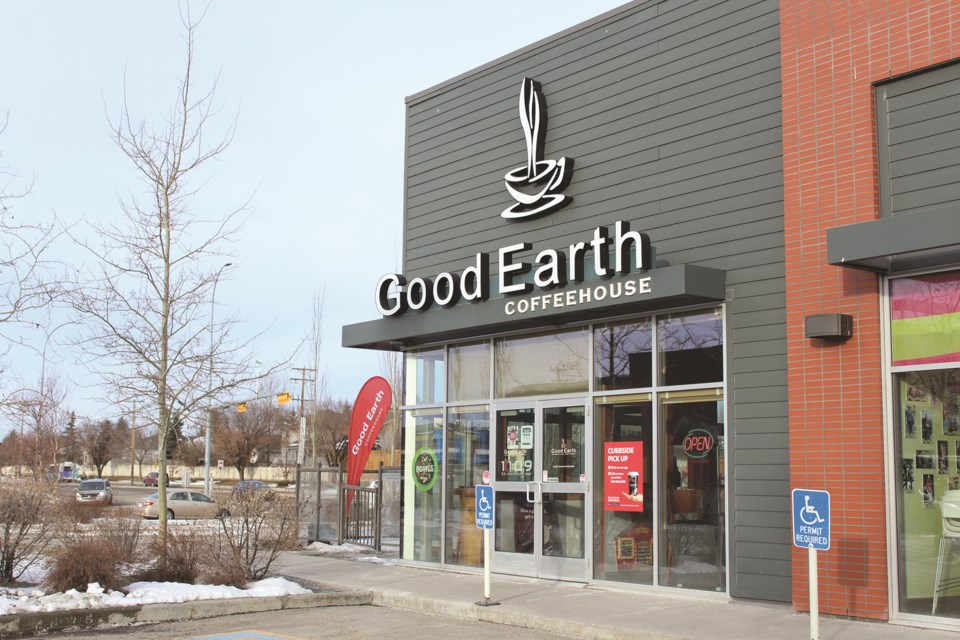 Many businesses in Airdrie are still feeling the financial wrath brought on by the COVID-19 pandemic, including Good Earth Coffeehouse.

For owner Stephanie Bennett, owning the business in the Creekside Crossing shopping plaza was a dream – though recently, it’s been more of a nightmare. She had no idea of the dark days ahead when she took over the café in November 2019.

“When the pandemic hit, I started hearing news from the City of Airdrie that there was concern and they were thinking of closing everything,” Bennett said. “I didn’t buy into it, but eventually they did close everything.”

According to Bennett, during the first wave of the pandemic, the business lost nearly 75 per cent of its revenue. She said 50 per cent of revenue came from catering, but since people were mostly working from home and gathering restrictions were in effect, that revenue source quickly dried up. The other 25 per cent came from people purchasing the café's food and beverages in-person. She said the store was generating barely $25 in sales a day during the first lockdown.

Bennett said business started to slowly improve as the economy gradually reopened in the late spring, although she ended up leaving her other job with the City of Airdrie when she was unable to afford staff’s wages at the café.

“People started supporting us realizing that we were struggling,” she said.

There was a point in the pandemic, after the initial economic shutdowns, that Bennett said the café was doing really well.

“We started making more money in-house through takeout and pickup than we did before,” she said.

As the summer progressed, Bennett said Good Earth Coffeehouse experienced another setback in the form of a fire in late August. She said the fire, which was the result of faulty equipment, caused approximately $65,000 in damages and shut the business down for an additional two months.

According to Bennett, sales were already low when she took ownership of the café in 2019. In addition, she said she didn’t qualify for some government subsidies during the pandemic.

“I unfortunately just took over the café at a very bad time,” she said. “It would take a lot for the café to survive.”

While Bennett is remaining positive as she continues to weather the pandemic, she said the future of the café in Airdrie is far from certain. However, she said a recent customer’s Facebook post that outlined the business’ struggles has brought in some additional customers.

Her term as a Good Earth Coffeehouse franchisee will come to a close in June. She said she is unlikely to continue on as the storefront’s owner, as she has garnered $100,000 in debt in a little more than a year.

“What has made every day count is how happy employees are to be here and how someone would get excited when they got their latte,” she said. “At least I can enjoy that until the end of June."