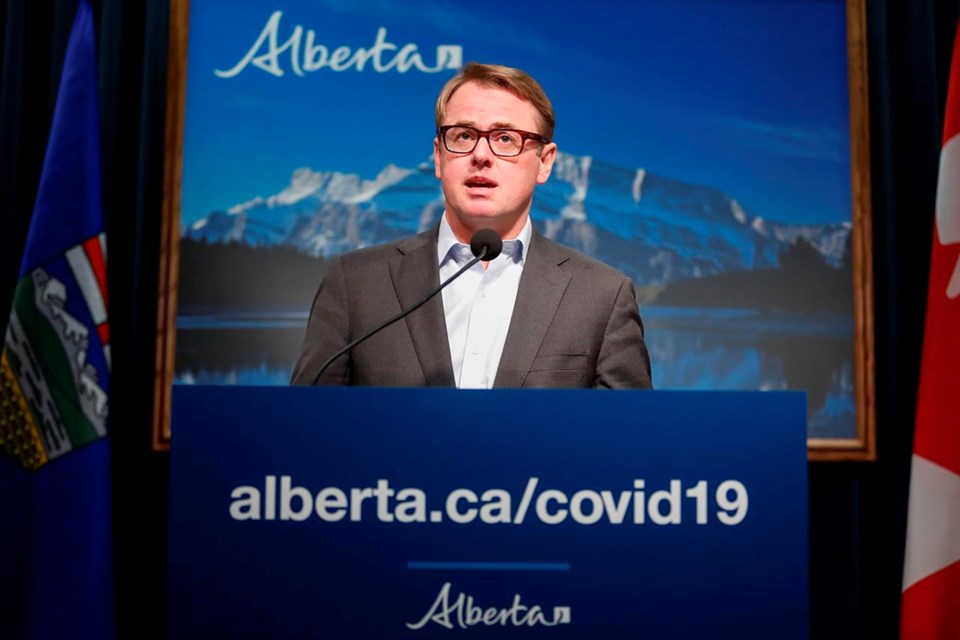 Alberta Minister of Health Tyler Shandro speaks at a press conference in Calgary on May 29, 2020. THE CANADIAN PRESS/Jeff McIntosh

EDMONTON — Alberta's premier is standing by his health minister despite an overwhelming vote of non-confidence from members of the Alberta Medical Association.

The group representing doctors and medical students held a referendum this past week on Health Minister Tyler Shandro's ability to manage the province's health care system.

Of the nearly 9,000 who voted — or two-thirds who were eligible — 98 per cent said they did not have confidence in Shandro.

The minister has been embroiled in an escalating dispute with doctors since tearing up the government's master pay agreement with the medical association in February.

Kenney says his government is not accountable to members of an interest group that make up a quarter of one per cent of Alberta's population, yet account for up to 10 per cent of the province's budget.

Kenney made his remarks during a news conference touting the 34 bills the United Conservative government passed during the legislature's spring sitting.

He defended a contentious bill that requires unions to allow members to opt into having their dues spent on political causes.

The Opposition NDP have decried Bill 32 as a union-busting strategy that attempts to shut-down free speech.

That legislation passed during an all-night session in the legislature that ended early Wednesday.

This report by The Canadian Press was first published on July 29, 2020.