“All of our leading indicators are telling us now that we are in a significant new wave of COVID-19."
Apr 2, 2021 10:15 AM By: Jennifer Henderson, Local Journalism Initiative reporter 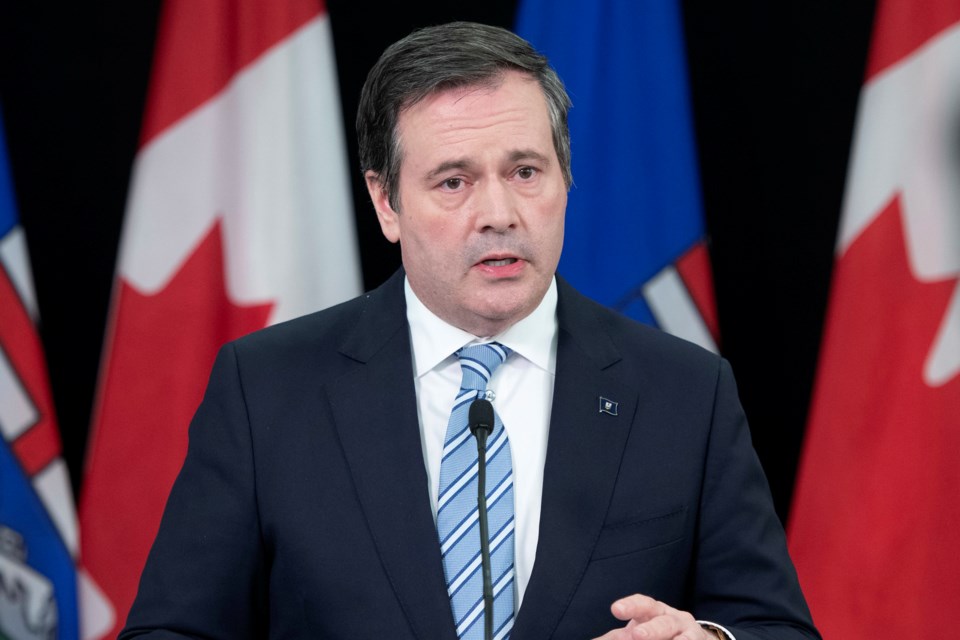 Alberta Premier Jason Kenney pleaded with Albertans to follow the COVID-19 health measures before the Easter weekend but declined to introduce any new public health measures to curb the spread of the virus.

On Thursday, Kenney and Alberta Chief Medical Officer of Health Dr. Deena Hinshaw asked Albertans to follow the current public health orders in place, as indoor socialization and public health violations are driving up COVID-19 cases in the province.

“Instead of delivering a message of openness and optimism, I'm here instead with a plea. Please, please follow Alberta's health restrictions and guidelines this weekend and in the weeks to come,” Kenney said.

The premier said no new restrictions will be put in place because Albertans aren’t following the ones that have already been imposed. He blamed the surge in COVID-19 case numbers on people who continue to socialize indoors, despite the public health orders.

"Our contact tracing data confirms clearly that these kinds of activities – at home, indoor socializing – are by far the most responsible for spreading COVID-19."

The premier said the second wave began right after Thanksgiving when Albertans gathered indoors to celebrate the holiday and now the province is entering the third wave before another major holiday.

Kenney said Albertans are sick and tired of a year of COVID-19, which is causing them to not respect the current rules in place. While no further restrictions were announced before the long weekend, the premier said he has not closed the door on more restrictions in the future.

'The variants are winning'

Positive cases of COVID-19 have been climbing for weeks in Alberta, with variants making up a higher percentage of active cases.

“It's only a matter of time before it becomes the dominant COVID-19 strain in Alberta,” Kenney said

“All of our leading indicators are telling us now that we are in a significant new wave of COVID-19,” Kenney said. “In the race between vaccines and variants of COVID-19, the variants are winning.”

On Thursday, the province saw another 875 new cases of COVID-19 diagnosed in the province and 322 cases involving variants. There are currently 292 people in hospital, 59 of them in intensive care. Another four deaths have been reported to Alberta Health in the past 24 hours, bringing the total to 1,994.

Kenney said the variant has a higher rate of hospitalization than the original COVID-19 strain, with a case-to-hospitalization ratio of around six per cent.

“With 8,600 active cases, and a ratio of those cases that six per cent end up in hospital, we know with great certainty that we will have close to 500 COVID patients in hospital just two weeks from now,” Kenney said.

“If growth continues on its current pace, that will turn into about 1,000 people in hospital a month from now.”

Kenney said the province has done everything possible to prepare for this next wave of COVID-19, including expanding healthcare capacity, increasing contact tracing capacity, stockpiling PPE and rolling out available vaccinations quickly.

But Kenney said none of these measures can protect from uncontrolled, exponential spread of the variant, especially because the variant hits younger people harder than the original strain.

Hinshaw said while vaccines are rolling out across the province, the virus is still with Albertans.

“We will not win this race with variants by letting our guard down now.”

Alberta's top doctor said the virus doesn't just target those who are older. During the second wave, the province saw a daily average of around 500 Albertans under 75-years-old in the hospital, with 119 of those needing ICU care. Five people died each day. The average age of hospitalization with COVID-19 in Alberta is 62 and the average age of those needing ICU care is 58.

"Today, less than six per cent of Albertans under 65 have been immunized," Hinshaw said, adding the variant is likely to cause more severe outcomes for more people of all ages.

Hinshaw said until everyone in the province is vaccinated, Albertans have to stick to the public health measures.

"I think understandably, people really, really want to be able to do the things that they love. And right now, what we're telling them is that you can do those things in a few months time," Hinshaw said.

"But right now, you need to be thinking about your community, about your neighbours, about the people that you love, and the fact that we need to stop the spread for the next couple of months until vaccines are in arms and are protecting us."