AIRDRIE, Alta. — One of Canada's most recognizable home renovators has acted as a fly on the wall during renovations to the family home of an injured Humboldt Broncos player.
Mar 22, 2019 11:20 AM By: Canadian Press 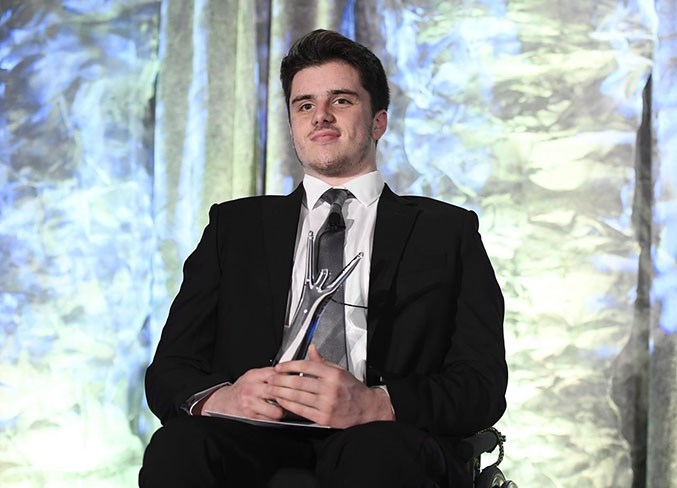 AIRDRIE, Alta. — One of Canada's most recognizable home renovators has acted as a fly on the wall during renovations to the family home of an injured Humboldt Broncos player. Mike Holmes is known for his TV shows in which he rescues property owners from house makeovers gone wrong. He has been overseeing remodelling at the home of Ryan Straschnitzki in Airdrie, Alta., just north of Calgary, where Holmes met the family and did a tour of the work on Friday. "He's been involved since about two weeks after the accident. He didn't want any attention," said the 19-year-old's father, Tom Straschnitzki. "He said, 'I'm just here to help you guys.'" Ryan Straschnitzki was one of two junior hockey players paralyzed in the crash last April that killed 16 people on the team's bus. Eleven other players were also injured. The team had been on the way to a playoff game when a semi truck blew through a stop sign and into the path of the bus at an intersection in rural Saskatchewan. News of the crash made headlines around the world. "My team was contacted after the tragic accident by a close friend of the Straschnitzki family. We just knew we had to help," Holmes said in an email in the days before his visit. "This is not about publicity and media. This is about doing what's right for the family. We were fortunate that so many trades and product suppliers stepped up and contributed products and their services." The renovation is months behind schedule, largely due to a number of structural problems in the original home. The garage floor sunk 50 centimetres and had to be repoured. There have been problems with wiring. The hardwood floors, which were glued down, had to be ripped up. "With every construction job, there are bound to be some delays," Holmes said. "This isn't your typical renovation. This job requires extensive changes." The biggest parts of the renovation include installing a separate heating unit for Straschnitzki's bedroom — he's unable to sense when his body is too hot or too cold — and building an elevator from the garage to what will be his basement apartment. "Everything is going to be accessible to me," said Straschnitzki, who added he is looking forward to having some independence. As for Holmes's shows? "I haven't watched, but I've heard nothing but good things. I hear he's a good guy." Michelle Straschnitzki said she was surprised when Holmes's representatives contacted them shortly after the crash. "We were absolutely stunned and appreciative and grateful that they decided to help out. Even though everything hasn't gone as smoothly as we hoped, that's not on them," she said. "We know everything is done right." Holmes won't be back for a final inspection once the renos are completed. The family has been staying at hotels and is tentatively planning to move in next month. "My inspector in the area will be inspecting the house," said Holmes. "That's just an extra set of eyes for the peace of mind for the Straschnitzki family." — Follow @BillGraveland on Twitter Bill Graveland, The Canadian Pressa