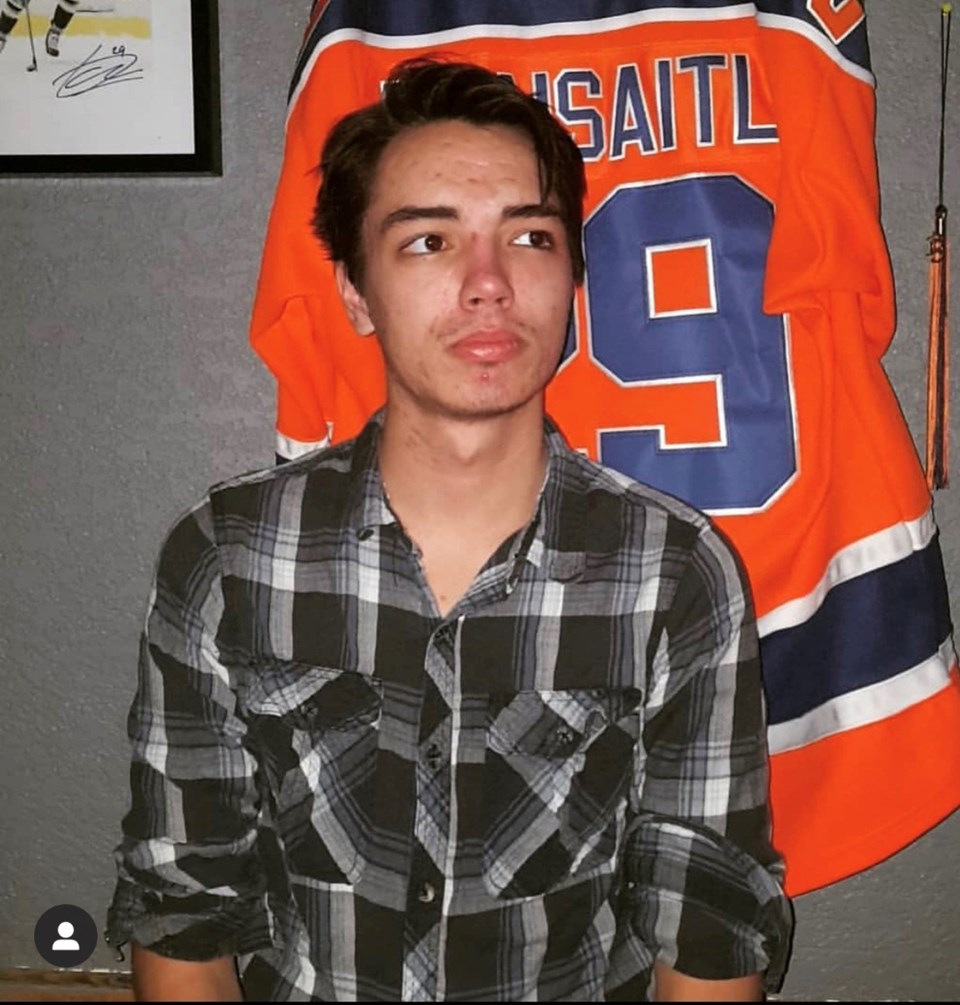 A body found in a rural area southeast of Airdrie Feb. 17 is believed to be that of Kalix Langenau, 19, who was reported missing and was last seen in Calgary on Feb. 15. Photo Submitted

RCMP Major Crimes Unit have made an arrest related to the slaying of an Airdrie teenager.

According to a Feb. 26 press release, police arrested and charged Hunter Van Mackelberg, 19, for second degree murder in the death of 19-year-old Kalix Langenau.

Following an autopsy of a deceased male found Feb. 17 in a rural area southeast of Airdrie near CrossIron Mills mall, RCMP confirmed the identity of the male as missing local teen Kalix Langenau.

"The manner of death has been deemed a homicide," a Feb. 24 Airdrie RCMP release stated.

Langenau was last seen in northeast Calgary early in the morning on Feb. 15.

RCMP issued a release Feb. 16 asking for the public's help to locate the Airdrie teen, stating, "There is a concern for his well-being."

Van Mackelberg was remanded into custody after a judicial hearing and is scheduled to appear in Airdrie Provincial Court Feb. 27 via CCTV. According to the press release, RCMP is not releasing any further information as the matter is now before the courts.

The RCMP Major Crimes Unit continues to investigate and is asking anyone that may have been in the area of CrossIron Mills mall, Range Road 290 and Township Road 264 between the hours of 1 to 3 a.m. on Feb 15, to contact police if you witnessed anything suspicious.

"If you were in this area and have any dash-camera footage, police would like to speak with you," the Feb. 24 release stated.

If you have information about this incident, please call Airdrie RCMP at 403-945-7200 or your local police. To remain anonymous, contact Crime Stoppers at 1-800-222-8477 (TIPS), P3Tips.com or by using the "P3 Tips" app available through the Apple App or Google Play Store.