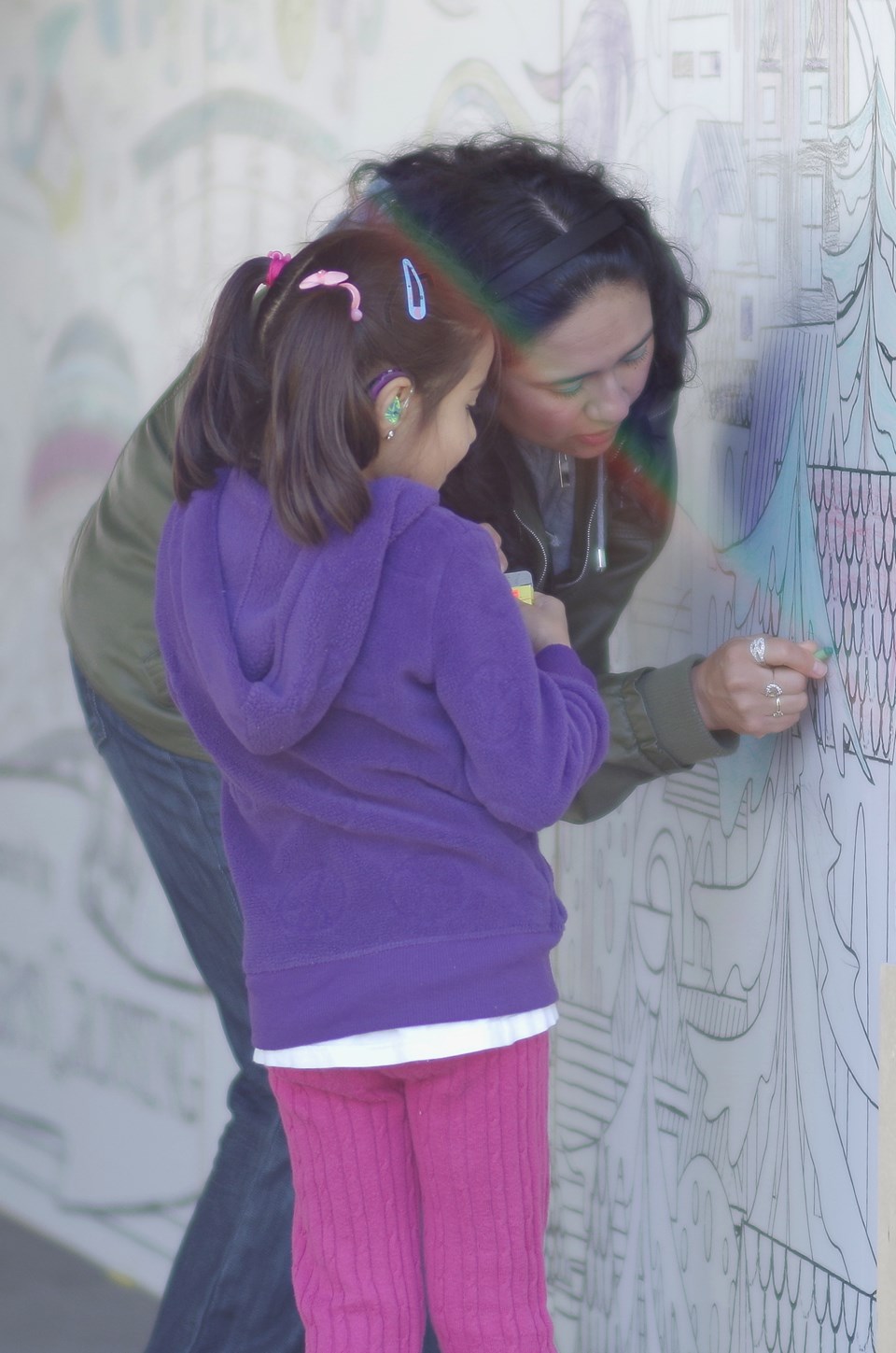 A mother and daughter add their touch to a colouring wall during a past ARTember celebration hosted by Creative Airdrie Society. The society has now disbanded due to an inability to fill key roles, ceasing any plans for future ARTember events. File Photo/Rocky View Publishing

After nine years, Creative Airdrie Society – which, according to its website, acted as the hub for investment, promotion, engagement, development and education of the arts in the community – has disbanded.

“Many variables and options were considered making this decision and ultimately, a lack of community participation in all sectors made us realize our efforts were not sustainable,” read an email from Creative Airdrie’s website received by Airdrie City View June 4.

According to former board chair Jennifer Benner, Creative Airdrie was having “both a fantastic year and a really bad year,” stating the organization had been unable to recruit for two key roles – treasurer and board chair.

“Despite putting out to our networks and trying every contact we knew, we just weren’t able to find anyone that was willing to either run the board or to help us manage the money properly,” she said. “Without those two key roles, according to our bylaws, we weren’t able to continue.”

During Creative Airdrie’s annual general meeting May 13, with the two executive roles unable to be filled, the board voted to dissolve the society, Benner said.

Creative Airdrie Society was established in 2010, and the organization was responsible for annual ARTember celebrations and the Mayor’s Night of the Arts, as well as the disbursement of the $1,000 Creative Airdrie Annual Scholarship. Benner said it was also planning an upcoming creative congress. Those initiatives have now all been suspended.

The disbandment of the society will leave a gap in the community, according to Benner. While several smaller non-profits will continue to cater to the arts community, she said those groups focus on specific creative industries – be it performing arts, visual arts or music – and many are at full capacity.

“Creative Airdrie was a little different in that we were inclusive of all artistic industries,” Benner said. “Our goal was always to develop and foster [art] and make it accessible for the community. Unfortunately, to my knowledge, there is no organization or body that will help to ensure art is a part of our culture here in the city.”

During a City council meeting May 21, Coun. Tina Petrow said she was “deeply saddened” by the news, and indicated she would present a Notice of Motion at the following meeting.

“Our city needs to have a City-led arts council, or something similar to that,” Petrow said. “My personal opinion is that arts-and-culture events enhance quality of life for existing residents and create a better environment for new businesses to relocate to.”

“It would give everyone a level playing field to come together and work towards a better plan for our growing community,” she said.

Petrow’s motion – directing City staff to research best practices for City art councils and bring back recommendations on how to move forward for the best community approach – was unanimously approved June 3 by council. Deputy Mayor Ron Chapman and Coun. Kelly Hegg were absent from the meeting

“Since putting the notice of motion forward at our last meeting, I have been met with a great showing of support from our broad range of community arts, culture and heritage organizations,” Petrow said June 3.

For her part, Benner said the emergence of a formalized art council in Airdrie could be the silver lining to Creative Airdrie’s end.